Must-see morning clip: Stephen Colbert is sorry that you're not dead from Ebola yet 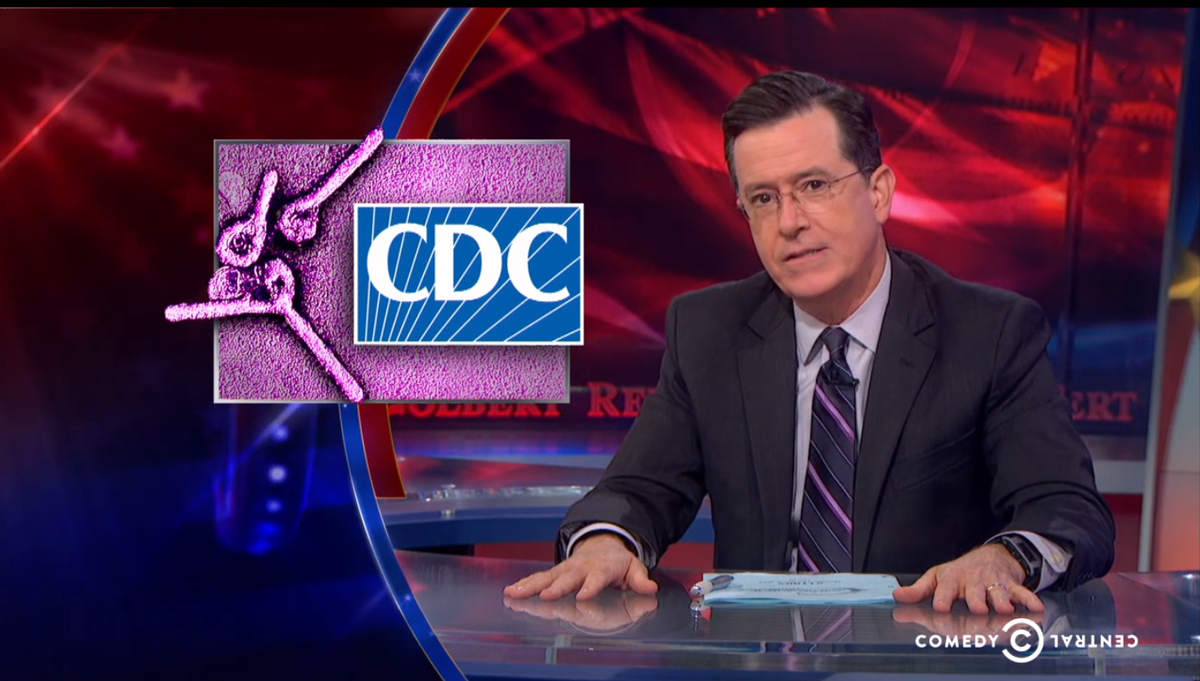 On Monday evening's "The Colbert Report," Stephen Colbert had to make an apology. He recently broke the news that we would all soon be dead from Ebola. But we aren't dead! And for that he is sorry.

He then turned his attention to the Centers for Disease Control and Prevention, or the CDC--an organization that has been so adamant that Ebola will not spread: "You can sleep soundly; there will be no Ebola outbreak... is what they want you to believe!"

Colbert played several clips of pundits doubting the CDC's information and then explained why he doesn't trust the organization.

"The CDC, the Coalition for Deception and Coercion, is lying! They want you to "believe" that they've got this under control, but look at their track record. Back in the 1990s, they let that infected monkey from "Outbreak" escape, then he shared an ice cream cone with Ross from "Friends" and now, Gwynyth Paltrow is dead! So I don't trust the CDC, or Coven of Deviants and Charlatans. I trust TV pundits because we treat everything like its the end of the world."