"Say Anything" "reboot" is the worst idea ever 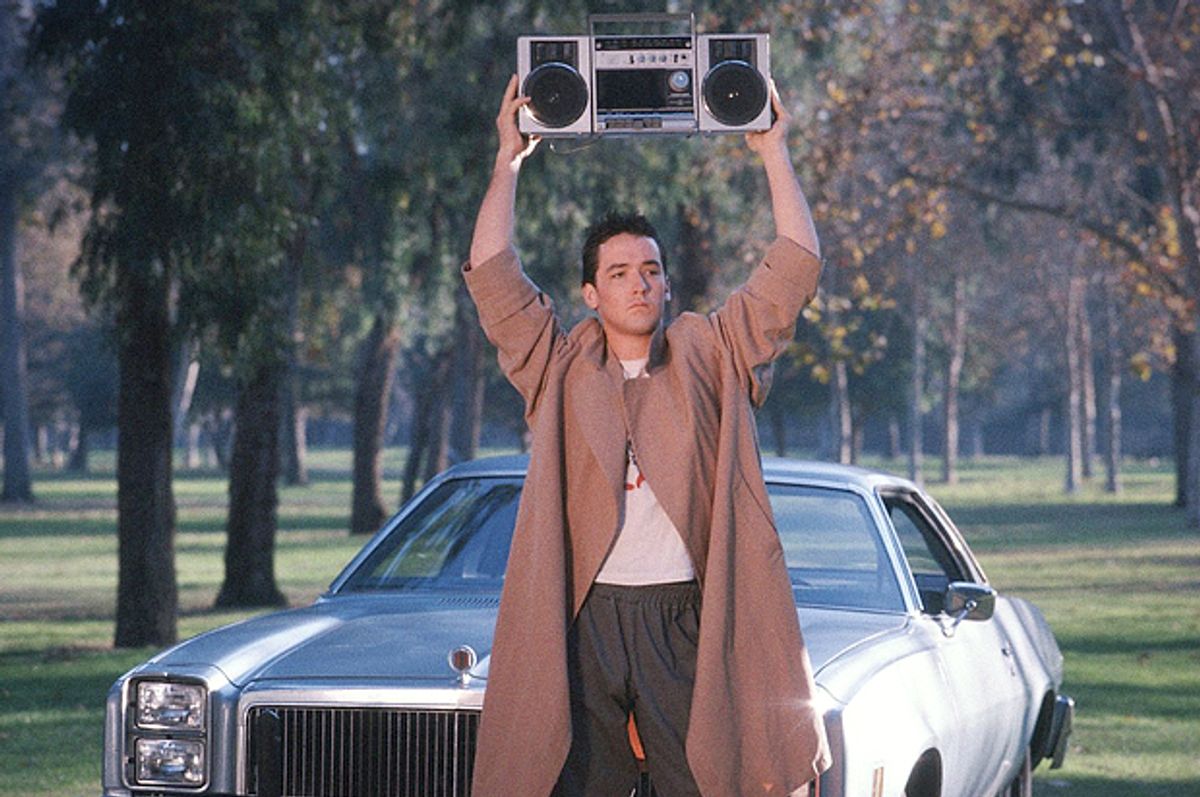 We don't need another Dobler. When Deadline announced Monday that Aaron Kaplan’s Kapital Entertainment and 20th Century Fox TV had received a script commitment to turn the generation-defining "Say Anything" into a new television series, the movie's fans and its creators were appalled at the idea – and may have stalled it at the gate.

As Deadline reported, NBC is "bullish" on similar concepts in the wake of movie-to-TV successes like "Parenthood" and "About a Boy." The show, set in present day, would pick up ten years after the events of movie, which saw John Cusack's ardent kickboxer Lloyd and Ione Skye's brainiac Diane flying off to England together. Now, "Lloyd has long since been dumped by Diane and life hasn’t exactly turned out like he thought. But when Diane surprisingly returns home, Lloyd is inspired to 'dare to be great' once again, get Diane back and reboot his life." Say…. no.

The film's writer and director Cameron Crowe took to Twitter Monday night to vent his strong objections. "Regarding the announcement of a 'Say Anything' tv show… @JohnCusack, @IoneSkye1 and I have no involvement," he wrote, "except in trying to stop it." And when someone tweeted to John Cusack to ask if he and Crowe were involved in the project, he replied, "Hell no!!" and added, "No end to the exploitation of other people's sincere efforts in shameless slime." Amazingly, Deadline says that "While legally studios are within their rights to exploit titles from their libraries without the filmmakers’ consent, getting their blessing is considered the right thing to do because of the creators' emotional attachment to their movie or TV series." Crowe's outspoken disdain for the enterprise makes the lack of goodwill toward it obvious – no wonder HitFix's Alan Sepinwall is already declaring the project, aptly, "null and void."

I admit that I am a grumpy GenXer, so I'm biased. But the opposition to a "Say Anything" rehash isn't based solely in the fear of a touchstone from one's youth being tainted by a new version. You want to do a new "Twin Peaks"? I say have at it.  (It helps that in that case, David Lynch and Mark Frost are fully on board.) It's that Lloyd Dobler is not Batman. Lloyd Dobler does not need a reinvention.

Cameron Crowe has said that "Say Anything" was a story of "Optimism as a revolutionary act." That's what makes Lloyd Dobler such an indelible character. Remember, when he says he doesn't want to "sell anything, buy anything, or process anything as a career," he's saying that in 1989, with a Republican president in the White House and the decade in which greed was good still going strong. His refusal to jump on the hamster wheel, his belief that he could succeed in life even if he didn't know where life was going to take him, his utter disinterest in financial gain -- these were thrilling and inspiring for a whole lot of similarly scruffy outsiders who weren't drawn to power suits and yuppie excess. Lloyd knew who he was, and he was brazenly confident in his ability to move forward from there. Ask any high school senior today about his or her future plans, and I promise you that Lloyd Dobler's optimism will seem even more revolutionary now.

I suspect that many of us who adore "Say Anything" have wondered what might have become of Lloyd and Diane after the "No Smoking" sign went off. Were the odd couple destined a total flameout, or true and enduring love? The Lloyd of ten years after graduation – when the proposed TV series would be set – and 25 years after graduation – actual current day – would no doubt be a different man. The world is a different place, and holding an iPhone aloft just doesn't have the dramatic force. But if there is a life for characters after the end credits, of this much I am certain: Lloyd Dobler is just fine. Diane Court may have burned out from her job at the think tank sometime in the mid nineties and taken time to get back on track, but Lloyd is okay. Because Lloyd was always okay. He was resilient and present and capable and moral. And the very idea of re-imagining him as pushing thirty with his life not working out and needing a "reboot" from Diane smacks of a profound misreading of Crowe's beautifully written story and characters. It's cynical and knee-jerk and deeply out of touch. It suggests that of course Lloyd failed, remember how he even said he didn't have it all figured out when he was 18? It forgets that it was Diane's dad, the smiling good provider in the nice house, who was the sham.

The fans of "Say Anything" don't need to know where Lloyd and Diane are now. But what they – and I suspect Crowe and Cusack as well – actively bristle against is seeing those characters in the hands of people who don't even know who they really ever were. So let me tell you. They were their own dare to be great situation, and they gave a whole lot of us, when we were young and open to possibility, the courage to be ours.