It is unclear whether dogs can spread the virus, although the CDC considers them a "potential risk factor" 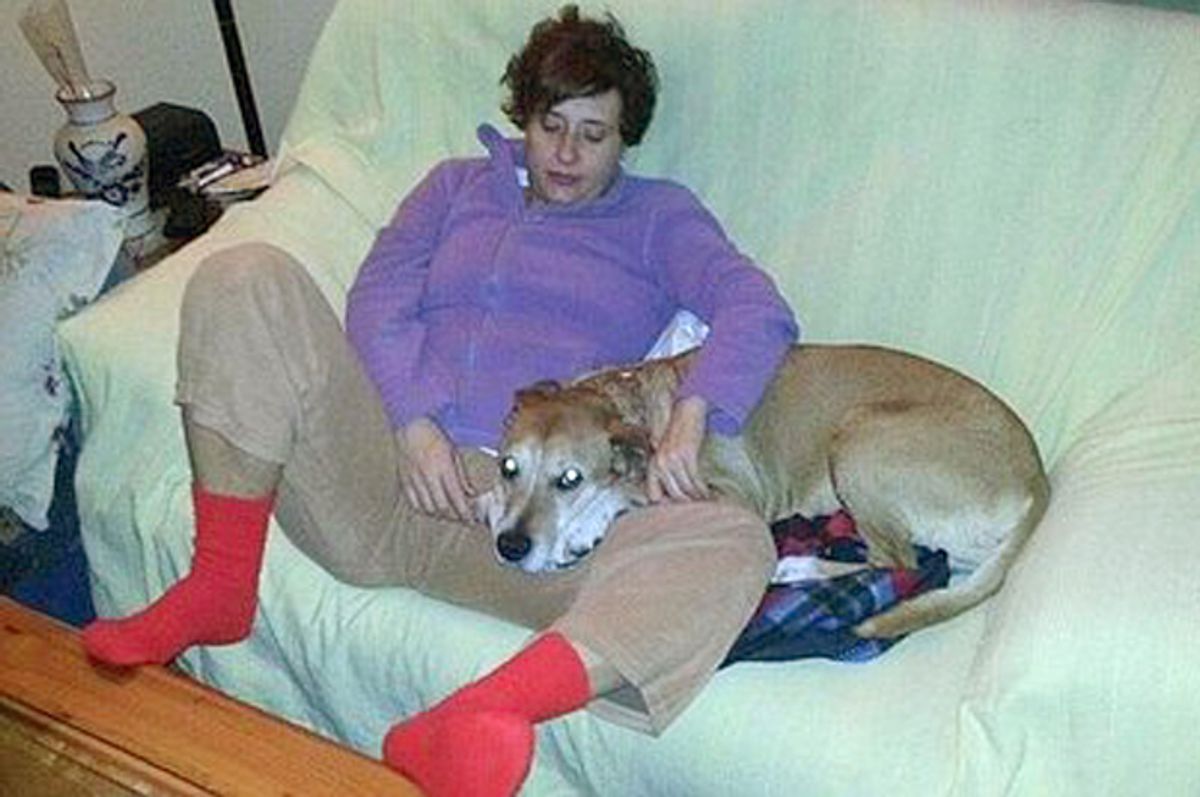 Teresa Romero, the nursing assistant who is infected with Ebola in Madrid, with her dog named Excalibur. (AP)
--

After Teresa Romero Ramos, a Spanish nurse's assistant tested positive for the Ebola virus on Monday, the fate of her dog, Excalibur became uncertain as health authorities worried that he had become infected. The only option, some felt, was to euthanize the animal.

According to various reports, Spanish authorities ignored the pleas from animal-rights activists and over 375,000 signatures in a Change.org petition and euthanized the dog on Wednesday after obtaining a court order to do so.

Responding to an appeal by [Ramos' husband Juan] Limón, a small crowd of animal-rights activists gathered that evening for an all-night vigil outside the couple’s apartment complex on Madrid’s outskirts, trying to safeguard Excalibur. They demanded that the dog be given the benefit of the doubt and quarantined for testing.

On Wednesday police cleared a path through a blockade formed by about 50 seated protesters, enabling emergency workers to enter the building. Not long afterward, some protesters caught sight of Excalibur on Mr. Limón’s seventh-floor terrace. “He’s alive!” someone yelled, drawing cheers.

Hours later, however, as the crowd grew and police kept protesters at bay, a white van sped away with the dog. Some protesters chanted “Assassin! Assassin!” while others burst into tears.

The decision is especially devastating given the lack of information surrounding whether or not dogs can actually spread the virus. In the 2001-2002 Ebola outbreak in Gabon, the virus was found in about 25 percent of the dogs in the affected region, yet they did not become symptomatic or die. At least in humans, Ebola can only be spread when the patient is symptomatic.

Other animals, such as gorillas and chimpanzees, can be infected and spread the virus around, however the same has not been proven for dogs: "Although dogs can be asymptomatically infected, they may excrete infectious viral particles in urine, feces, and saliva for a short period before virus clearance, as observed experimentally in other animals," wrote researchers from the Centers for Disease Control and Prevention. "Given the frequency of contact between humans and domestic dogs, canine Ebola infection must be considered as a potential risk factor for human infection and virus spread."