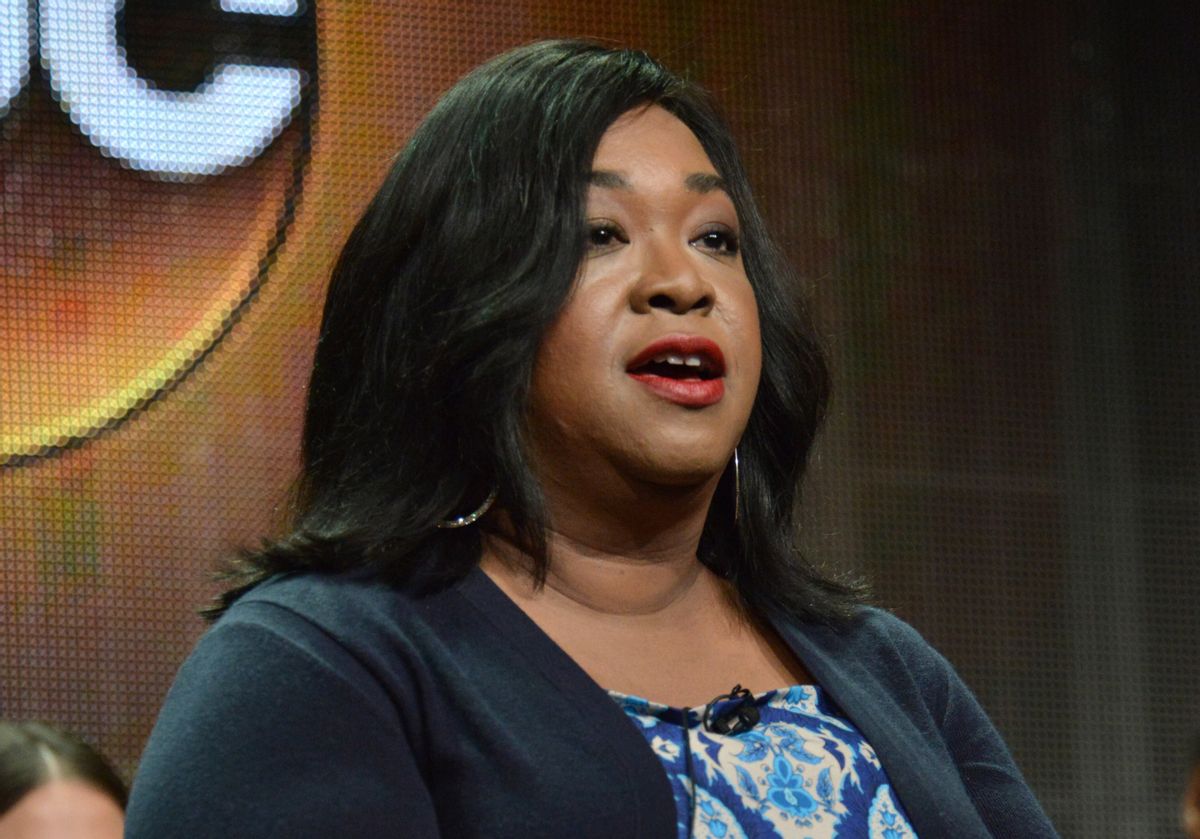 Rhimes, who dominates an entire chunk of Thursday night programming on ABC, opened up about the tone-deaf Times piece and the response from the literary community:

"Some really amazing articles were written that had the conversation that I've been trying to have for a very long time, which, coming from me, makes me sound like I'm just, 'Rrrraw!' " she mimics a roar, her painted nails clawing the air.

She doesn't want the Times to retract it, however. In fact, she wants its existence to serve as a reminder that racism and misogyny exists even in the upper echelons of "postracial" society:

Her inbox has been deluged with notes from concerned friends and colleagues, many of whom called for the piece to be retracted. Rhimes would prefer it remain: "In this world in which we all feel we're so full of gender equality and we're a postracial [society] and Obama is president, it's a very good reminder to see the casual racial bias and odd misogyny from a woman written in a paper that we all think of as being so liberal."

How to Get Away With Murder" star Viola Davis, also the target of some of Stanley's offensive remarks, put it this way: "Shonda is a black woman, and I understand that that's a part of what people want to write about when they write about her."