The bigots finally go down: How anti-gay haters officially lost the marriage fight

Once upon a time, homophobia was a powerful political force. Now its adherents have lost the era's defining battle 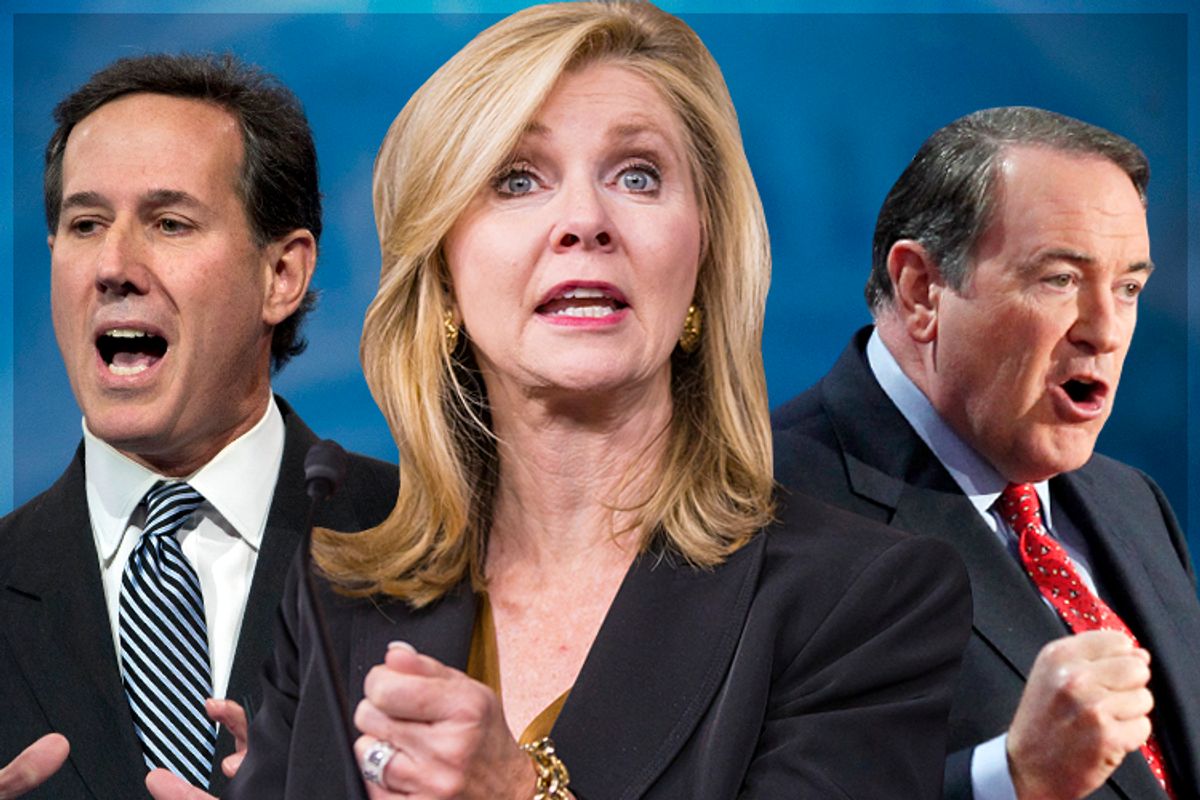 For some time, it’s been common for those who support same-sex marriage to say that it’s “inevitable.” This tends to stick in the craw of Washington, D.C., movement types who feel their efforts are being overlooked. “This wasn’t inevitable—we made it happen!” they’ll say before singling out a few leaders and foundations you’re forgetting to thank for all the progress.

The point is made more antagonistically in debates with opponents of marriage equality. It’s a way of saying, “This is a done deal! Give up and go home already!” This always struck me as unfair, like clearing the chess board and declaring victory before the game is over.

So I’ve typically been careful not to declare victory prematurely. But after this week, even the most ardent opponent of gay marriage would have to concede it’s over. On Monday, the Supreme Court denied review to seven gay-marriage cases, allowing lower-court rulings in favor of marriage equality to stand. In effect, this brought the tally of states recognizing same-sex unions from 19 to 30. Then yesterday, the Ninth Circuit Court of Appeals found gay-marriage bans in Idaho and Nevada unconstitutional; with Alaska, Arizona, and Montana also under the Ninth Circuit’s jurisdiction, gay-marriage bans in those states are expected to fall easily, bringing the tally of states recognizing gay unions to 35.

This is indeed a watershed moment for the marriage-equality movement. But the floodgates were opened last summer, when the Supreme Court handed down its decision in United States v Windsor, in which the Justices struck down a portion of the federal Defense of Marriage Act (DOMA). The legal reasoning laid out in Windsor has led lower courts to rule bans on gay marriage unconstitutional a staggering 40 times (only two judges, in Louisiana and Tennessee, have upheld them in that timeframe). This week, the Supreme Court had the opportunity to close the floodgates, but chose not to.

The Ninth Circuit ruling almost seems timed to show the consequences of that decision. Without further guidance, judges in lower courts will continue to rely on Windsor to guide them in considering whether bans on same-sex marriage are constitutional. As the 40-2 split makes clear, recognition of same-sex marriage will continue to expand apace until the Court intervenes to fill in the marriage-equality map.

It’s worth noting that the legal landscape on gay marriage now looks a lot like it did just before the Supreme Court overturned bans on interracial marriage in Loving v. Virginia. When Loving was handed down in 1967, 17 states still banned mixed-race marriages. Such marriages had been allowed—or never banned in the first place—in the Northeast and much of the Midwest before 1950. Over the next two decades, interracial-marriage bans were overturned through courts or repealed in legislatures on the West Coast and in the Mountain states. Only the South remained when the Court intervened.

With this week’s developments, bans on gay marriage will remain in only 15 states, concentrated in the South and Midwest, making the time ripe for the Justices to rule on the matter. If Loving is any indication, we should expect the Court to weigh in as soon as next term. When they do, it’s inconceivable that they would turn back the tide—especially since, as Philip Bump at The Washington Post notes, gay-marriage bans are far less rooted in our legal tradition than anti-miscegenation laws.

The conventional wisdom among court-watchers is that the Supreme Court is waiting for a split among the appeals courts to settle the gay-marriage issue. Thus far, four appellate courts—including the Ninth Circuit yesterday—have all found bans on same-sex marriage violate the Constitution. Once the more conservative Fifth or Sixth circuits issues a contradictory ruling, the Justices will have to weigh in. At this point their decision seems preordained.