Thom Tillis wants to "seal the border" with Mexico to keep Ebola from getting into the country. That makes no sense 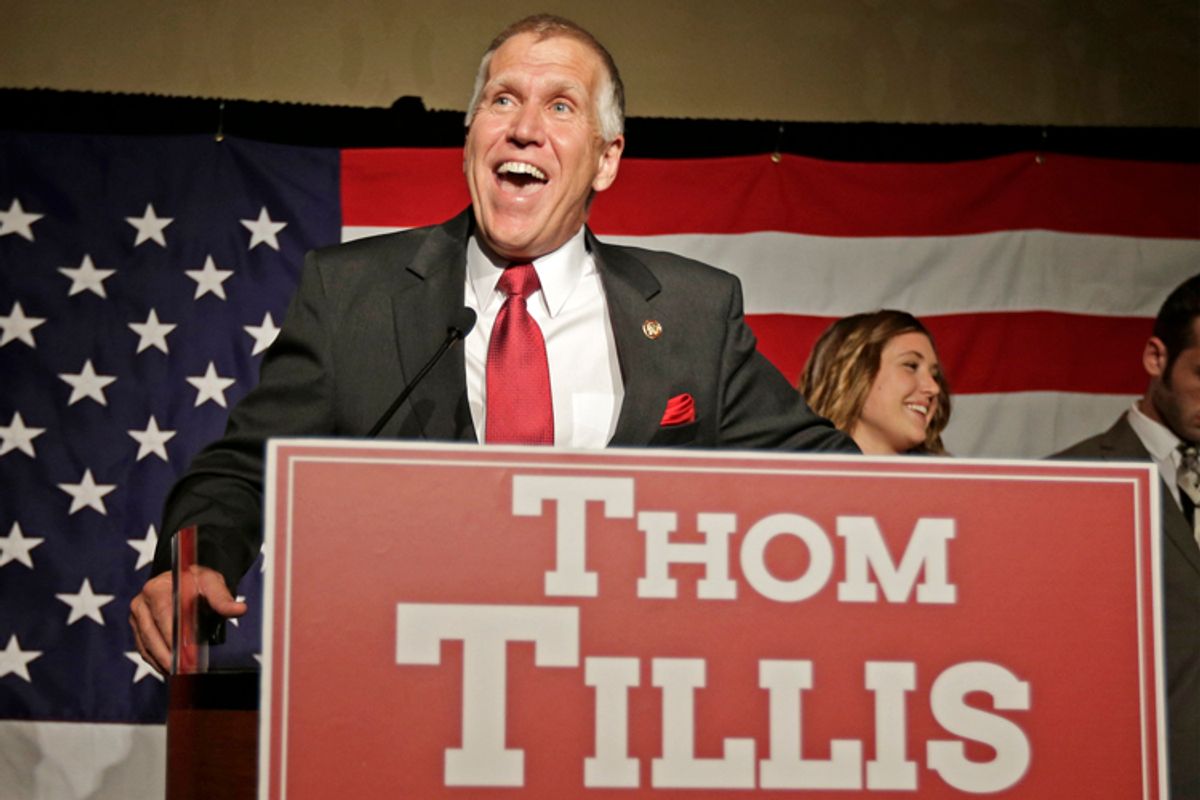 Thom Tillis has some ideas. The Republican candidate for Senate in North Carolina squared off with Sen. Kay Hagan last night in their second debate, and Tillis spitballed a few theories for how to keep the country safe from the many, many dangers that threaten to undermine it at any time. When undocumented immigration came up, Tillis’ plan was simple: we have to “seal the border” because bad people could sneak through – and also Ebola. “Sen. Hagan has failed the people of North Carolina and the nation by not securing our border," Tillis said. "Ladies and gentlemen, we’ve got an Ebola outbreak, we have bad actors that can come across the border. We need to seal the border and secure it.”

Ebola! Across the border! This idea is certainly not unique to Thom Tillis – “border security first” Republicans and conservatives have happily exploited the fear over a deadly epidemic in Africa to demand that the U.S.-Mexico border be closed. But I’m going to pick on Tillis anyway because he’s the most recent one to say it, and at this point there’s no excuse for this sort of talk other than to prey on the irrational fears of voters.

When Tillis says “seal the border,” he’s only talking about the southern border. Apparently, if Ebola is going to enter the country via some poor infected migrant, there’s a 100 percent probability that it will come in via Mexico. The much longer Canadian border, which is not “sealed” by any stretch of the imagination, for some reason doesn’t ever get mentioned when the specter of clandestine Ebola infiltration comes up.

But let’s assume that Tillis is correct and Ebola will come in through Mexico. The scenario that he apparently sees playing out is that a man or woman infected with the Ebola virus will successfully make it from West Africa to Mexico, and through the deserts of northern Mexico and the southern U.S. as they battle fevers, organ damage, and internal hemorrhaging without access to medical care. Every year that journey claims the lives of hundreds of migrants who don’t have a debilitating and fatal illness, so it seems unlikely that an Ebola patient would stand much of a chance.

PolitiFact talked to the experts about this very scenario, and the conclusion was that even if you were to grant an Ebola-infected migrant every hypothetical advantage, it’s still a ludicrous notion:

"The incubation period is two to 21 days, so theoretically, an African could fly from an infected area, land in a Mexican airport, take a bus toward the border, hire a coyote to take him across and then ‘present’ with Ebola," said Thomas Fekete, section chief for infectious diseases at the Temple University School of Medicine. "But this presupposes a suicidal person who also has the resources for this kind of travel."

Another problem: If you had such an infection, the chances are good that you would die on the journey to the United States, said Arthur Caplan, director of the division of medical ethics at New York University’s Langone Medical Center. "You would be too sick to make it to the border by foot," he said.

But let’s be even more generous and allow that there is a more than infinitesimal chance that an Ebola-infected West African person can successfully sneak into the United States through Mexico (and not Canada). His solution is to “seal the border.” Well, assuming that the border can actually be “sealed” – a highly dubious proposition at best – what he’s proposing is a massive infrastructure project that will cost tens of billions of dollars to complete, plus massive maintenance costs once it’s done.

All that to fight a problem that doesn’t actually exist.