Andrew Cuomo unloads on the “extreme left” in new memoir 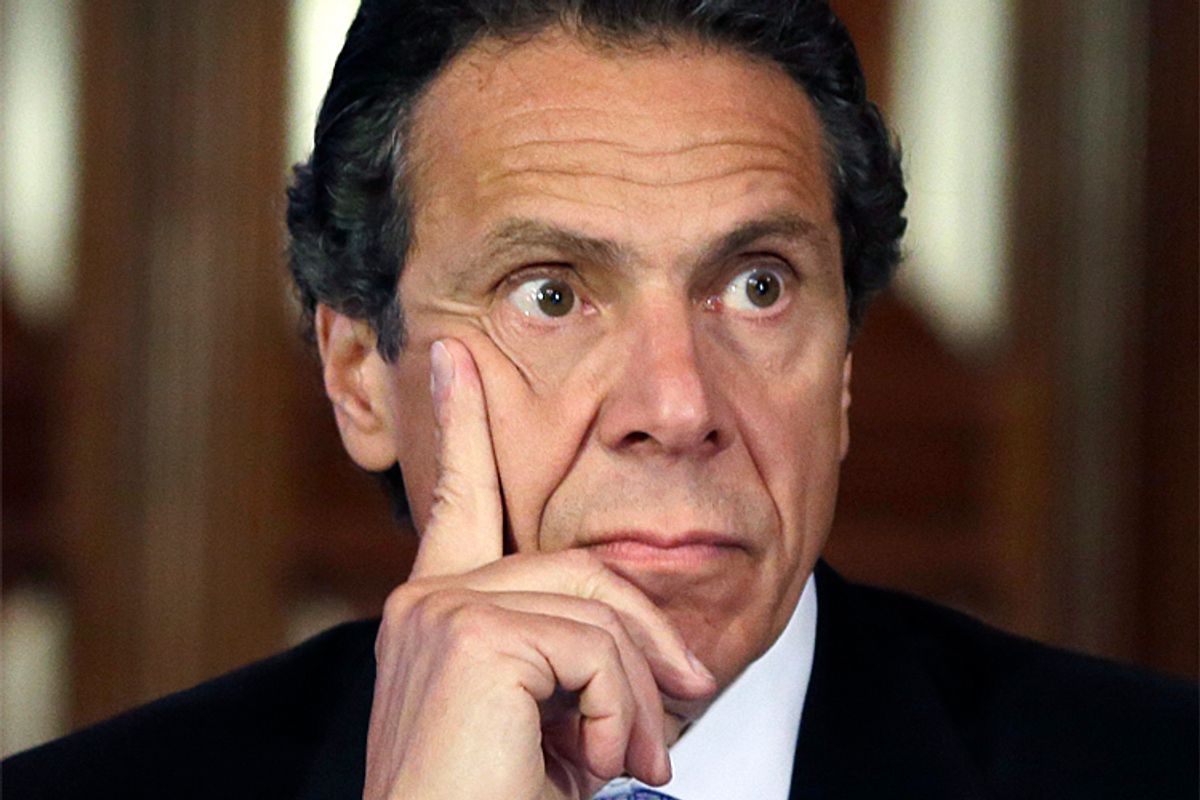 New York Gov. Andrew Cuomo , whose center-right policies have alienated him from much of his party’s progressive base, attacks the “extreme left of the Democratic Party” in his new memoir, according to a report in the New York Times.

While his father Mario Cuomo’s 1984 address at the Democratic National Convention served as a liberal rallying cry, Andrew Cuomo has repeatedly found himself starkly at odds with the liberal wing of the party. Although the governor signed marriage equality and gun safety legislation into law and has staked out a robustly pro-choice position, he has also slashed corporate taxes, capped property taxes, maneuvered to keep his own party from controlling the New York State Senate, lent conditional support to fracking, and earned plaudits from the right-wing National Review for his conservative economic agenda. There’s also the federal probe into Cuomo’s disbanding of his much-heralded anti-corruption commission, which Cuomo had touted as evidence of his commitment to good government.

Capitalizing on progressive discontent with Cuomo’s policies and his sudden dissolution of the Moreland anti-corruption commission, challenger Zephyr Teachout managed to secure 34 percent of the vote against Cuomo in New York’s Democratic primary last month.

Given his center-right track record, it’s hardly unsurprising that Cuomo is no fonder of the left than the left is of him. According to the Times – which got its hands on a copy of his new memoir, All Things Possible: Setbacks and Success in Politics and Life – Cuomo rips the “extreme left” in the book, particularly for what he depicts as its hostility to the rich. Leftists, Cuomo writes, “speak of punitively raising taxes on the rich and transferring the money to the poor” and seek to “demonize those who are very wealthy.”

The Wall Street Journal, which also obtained a copy of the memoir, notes that the Cuomo simultaneously attempts to burnish his liberal credentials, citing his work on health care, student loans, and gun safety. Many analysts view the book as a prelude to a future bid for national office, but few think that he'd enter the 2016 presidential race if former Secretary of State Hillary Rodham Clinton opts to run.

The Journal observed that Cuomo’s memoir did not discuss his disbanding of his anti-corruption commission or the federal probe surrounding it.