A new venture sounds anything but Delightful 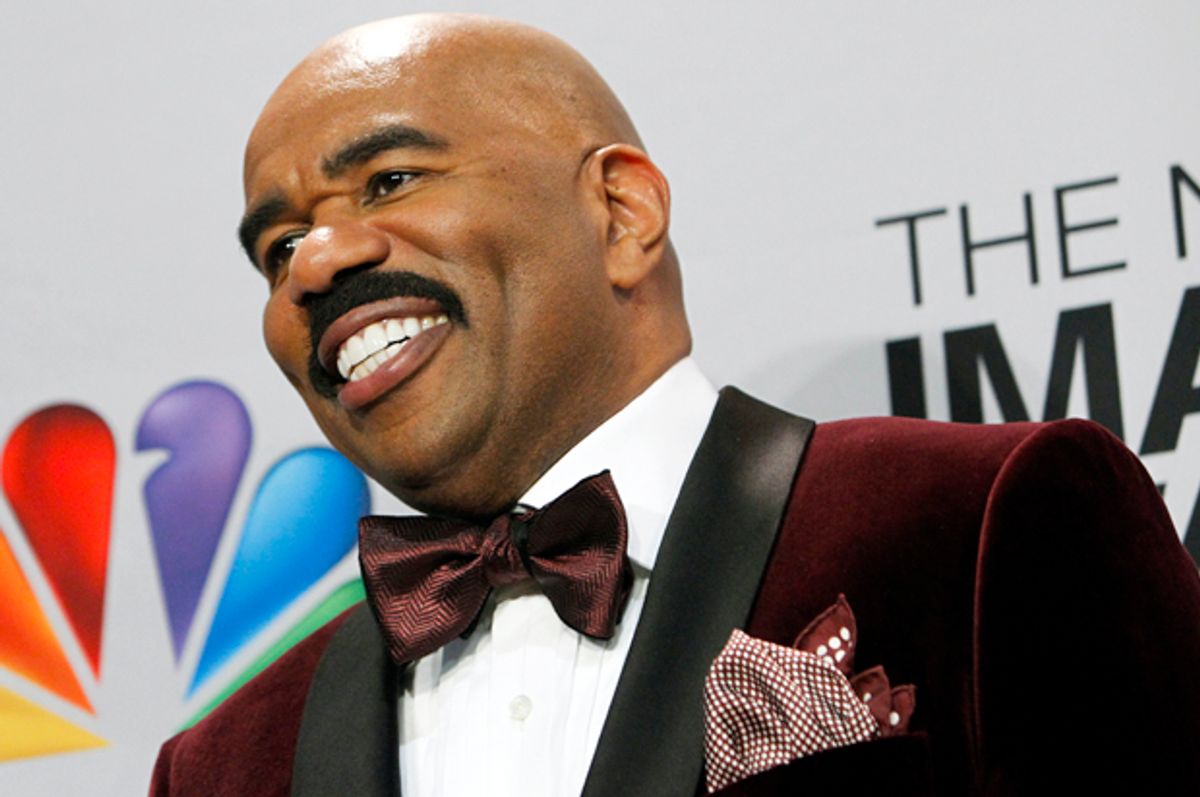 Ladies, I don't know what the answer to your romantic needs is. But I'm going out on a limb and saying that Steve Harvey probably doesn't either. Yet that's not stopping the comic, television host and author of the retro advice bestseller "Act Like a Lady, Think Like a Man" – the book that famously advised women, among other things, to withhold the "cookie" until 90 days into a relationship. He is now launching a dating site.

As Forbes reports, the site, overconfidently called Delightful, is a joint venture with IAC, "the company that owns Match.com, OkCupid, Tinder and a slew of niche-oriented matchmaking services," and evolved from Harvey's relationship with IAC's BlackPeopleMeet. Delightful will cater mostly to women, promising advice to them on such topics as "how to become more dateable." Match CEO Sam Yagan calls it "a love-oriented product" but rather gently notes that "It’s not like we’re standing behind everything [Harvey's] ever said."

Which is good, considering Harvey's said a lot of weird stuff. You can catch a bunch of it on an amazing compilation called "Sh_t Steve Harvey Says," including a 2009 interview with Joy Behar in which he declared, "If you don’t believe in God, then where's your moral barometer?… To me, you're an idiot… I mean, really, you've go to have an explanation for this. And you can’t just tell me it spun out of a gastrous [sic] ball, and then all of a sudden, then we were evolved from monkeys. Why we still got monkeys? There is too much open here. I just believe that and if you don’t believe that, then I don’t like talking to you." His wisdom to a woman who asked him what to do about her nagging husband was to "Check your husband's man card. Men aren't supposed to nag." On "The View," he told women, "Number one, there isn’t a real man living that can live without one of you. He does not exist." When challenged that gay men can do it, he looked puzzled and replied, "Real men" -- prompting Joy Behar to observe, "Gay men are real men too." Offering his tips to a woman who asked on "Good Morning America" how to let a man know she's not interested, he said, "You can’t. You cannot stop a guy. Once a guy is interested in you, we lock in, we don’t care what you do." He's explained to women that "We remain your friends in hopes that one day there will be a crack in the door, a chink in the armor. Trust and believe that guy you think is just your buddy, he will slide in that crack the moment he gets the opportunity. Because we’re guys. 99.9% of us think that way." He declares that women are by design nurturing, because "It is in her DNA to nurture a child." And he tells potentially marrying ladies that "If you want to keep your last name you got, marry your daddy."

Harvey, who calls himself "an absolute expert on manhood," isn't peddling anything that other relationship "experts" have for ages – casting women as the guardians of sex and the military strategists of love and putting men in the role of mindless, sports-addicted hulks who at best can be "providers" but don't respect women who sleep with them after only 89 days. And sure, like a stopped clock, he isn't always wrong. His "Signs he's a keeper" on Delightful include basics like "He's genuinely interested in you" – but his tip that "He abides by your rules" assumes yet again that women have to make rules in order to ensnare men.

Delightful offers its users the chance to "find love and keep it," which is a noble goal and one that most of us, at least at some point in life, aspire to. And for some, strict rules and an assumption of gender roles straight out of "The Flintstones" works just fine. But a guy who truly believes he's speaking for 99.9% of his sex -- and says the things Harvey says -- may not be the most illuminating guide down the path of true love. He is, however, proof of the existence in the universe of at least one spinning ball of pure gas.