No more C-section shaming: How my disastrous natural childbirth made me a believer in medical birth 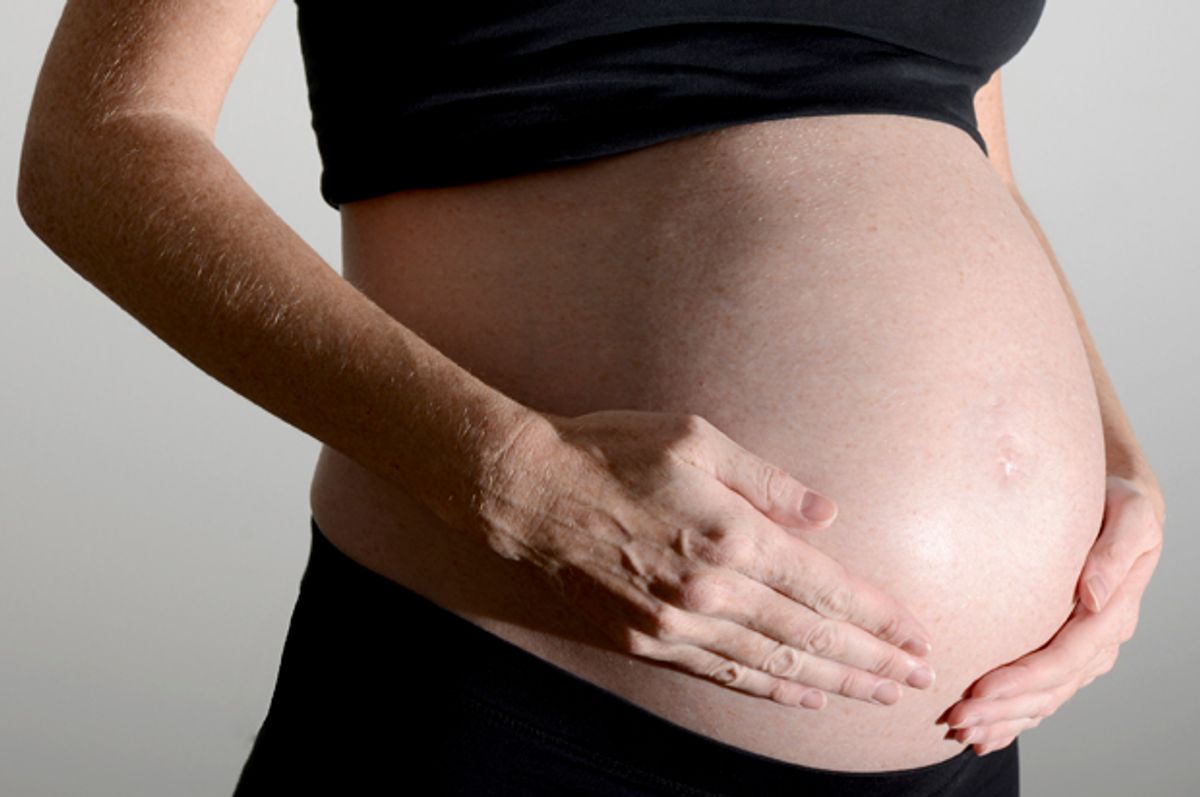 Yesterday, Jezebel’s Laura June wrote a piece about being C-section-shamed. She describes being dishonest to a circle of mommies about her birth story, telling them that her birth didn’t “work out the way she wanted” while the other mothers consoled her over her C-section.

Except that’s not the truth. "I slept well the night before, checked into the hospital, [the baby] was born healthy in about fifteen minutes, and I healed up in a few days,” she wrote.

Here’s what happens when you go the natural childbirth route. I know this from personal experience: You go to a doula class where they teach you to howl at the moon. They show you videos of women birthing a child in the woods. You walk through a labyrinth because this is symbolic of your birth. Cesareans are the worst options, they explain, because you’ll be strapped down to the bed. Because you won’t be able to bond with your baby. Because it’ll take two weeks for you to recover. “There is a culture of birthing,” the doula in charge of the class told us, “and the hospitals are going to try to take that experience from you.” And if you live in New Jersey, which I do, then you might as well accept your fate:  New Jersey's C-section rate is second highest in the nation at almost 40 percent, trailing only Louisiana.

So I went to a midwife, whose practice was exploding because doctors were afraid of VBAC (vaginal birth after cesarean) malpractice suits. I labored for the most intense, back-breaking four hours of my life. My body was literally slammed with contractions at the onset. I rocked myself in agony in a tub filled with water. It took me two weeks to recover because I needed a slight episiotomy. And when someone asked me how it was, I said: “It was torture. I felt like someone was trying to kill me.” There was no labyrinth. There was only the pit of fire. Oh, and the birthing orgasm the doula said I might have? Outright propaganda.

Sure, natural childbirth can be transcendent for some women. One of my friends birthed her daughter in a tub in her house and raved about it. Another friend had two natural childbirths and almost no complaints. And I’m thrilled for them—not because somehow they’re superior (after all, one complication, god forbid, and the natural childbirth route would have been dropped like a hot potato), but because they made an educated choice about what kind of birth they wanted.

The problem is that the natural childbirthing movement—and the breastfeeding movement, as a matter of fact—has taken to shaming medical births so actively that many women are embarrassed to admit that they’d prefer the latter. I say this with the knowledge that the over-medicalizing of childbirth in the past two decades is the reason the natural childbirthing movement began. My mother’s own birth story with me goes like this: "I was drugged with scopolamine. I blacked out. I woke up. They brought me a baby. I remember nothing.”

It was made perfectly clear a long time ago that women weren’t allowed to make their own choices about giving birth. The evolution of professional midwives changed all of that. But then there was a shift. Much of the culture around natural childbirth—maybe as a result of over-medicalizing—now villainizes doctor involvement. (Unless, it should go without saying, medical involvement is absolutely necessary.) Examples of this are all over the place, including in Laura June’s story and in my doula class experience.

I am guilty of it myself. Years ago, when a friend told me she was going to demand an epidural the moment she set foot in the hospital, I talked about the joys of the birthing room. I dismissed her needs. I dismissed her fears about labor. I told her she was going against nature. When had I become such a birthing evangelist? I hated my natural childbirth!

Women need to make their own informed choices about their childbirth, whatever it looks like—and not be swayed by cultural pressure. As my mother wisely advised me when I was deciding between my epidural and a water birth, “You don’t get any medals for childbirth. It’s not a contest.”