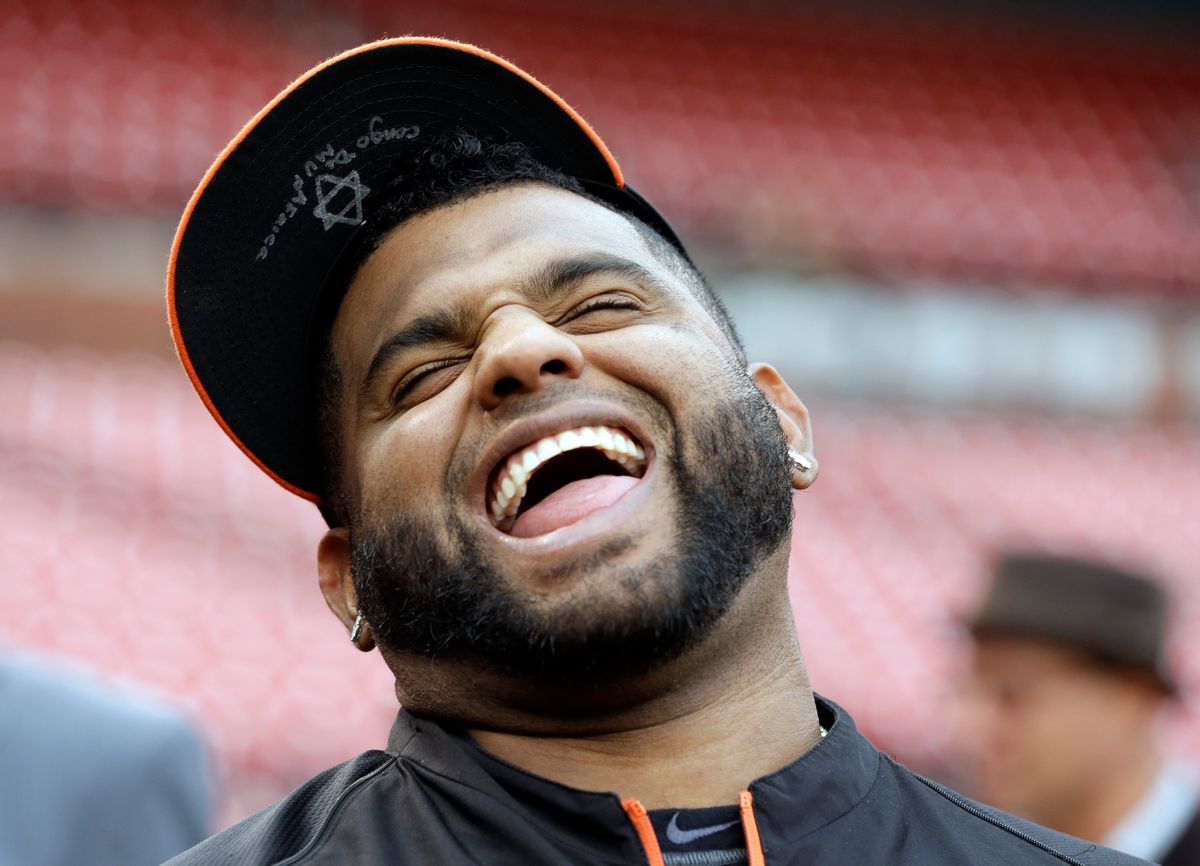 Exactly what makes some hitters so successful in the postseason is hard to pinpoint.

Are they able to relax in key spots? Can they block out distractions? Is it a matter of luck?

This much is sure: Whatever those guys do, it's easy to spot them come October.

Put Pablo Sandoval and Nelson Cruz at the top of that list.

The 2012 World Series MVP has gotten a hit in 15 of his last 16 postseason games, a big reason his team is on a roll once again.

"Man, exciting to be in October, you know. Last year, I was home watching the game on TV," Sandoval said.

Sandoval is a career .294 hitter in regular season — not bad at all. But in the postseason, the popular Kung Fu Panda bats .327, and that includes a record-tying three-homer game in the World Series.

"Don't get too excited in situations," he explained.

"Just have fun out there," he said.

Cruz did his part for Baltimore in a 6-4 loss, giving Kansas City a 2-0 lead in the ALCS. He got two hits, and set a record with his sixth straight multihit game in the postseason.

Jake Peavy went through a down period earlier this year. As in, he lost 12 straight decisions.

Not quite the kind of results that usually earn a pitcher a start in the postseason start.

But the 33-year-old righty threw better and better after being sent from Boston to San Francisco at the July trading deadline. Then, the former Cy Young Award beat Washington in the NL Division Series.

Tonight, the always amped-up Peavy will start Game 2 for the Giants at St. Louis against Lance Lynn.

Royals rookie Yordano Ventura left in the sixth inning of Game 2 because of tightness in his right shoulder. Armed with a 100 mph fastball, he exited after giving up four runs and six hits in Baltimore.

Cardinals star Adam Wainwright says his bothersome right elbow is feeling better, even though he lasted just 4 2-3 innings in a Game 1 loss to San Francisco.

After a poor outing at Dodger Stadium in the Division Series opener, he said he'd aggravated an injury to the back of the elbow.

Wainwright says his elbow still isn't perfect. But he says "it was 100 percent better than it was last time I pitched. So the next time I pitch, I expect it to be better."

"I think this is very serendipitous that I leave a franchise that I was a part of for five years and had had a long drought of being in the playoffs, but had a storied history and past, and end up on a team with another rich history, as well, but an even longer drought." — Kansas City pitcher Jeremy Guthrie, who starts Game 3 of the ALCS against his former Baltimore teammates.

"He's not played left field much, but he's worked hard at getting ready for it. And you know what, tonight, I seen he had a new pair of cleats on, he had the Mike Trout cleats, so he decided he was going to play like Mike Trout out there, I guess." — Game 1 winner Madison Bumgarner on Giants left fielder Travis Ishikawa.