How to explore a new city: A wanderlust guide to tourism

On a trip to Toronto, I was reminded of one of the great underappreciated pleasures of city life: unpredictability 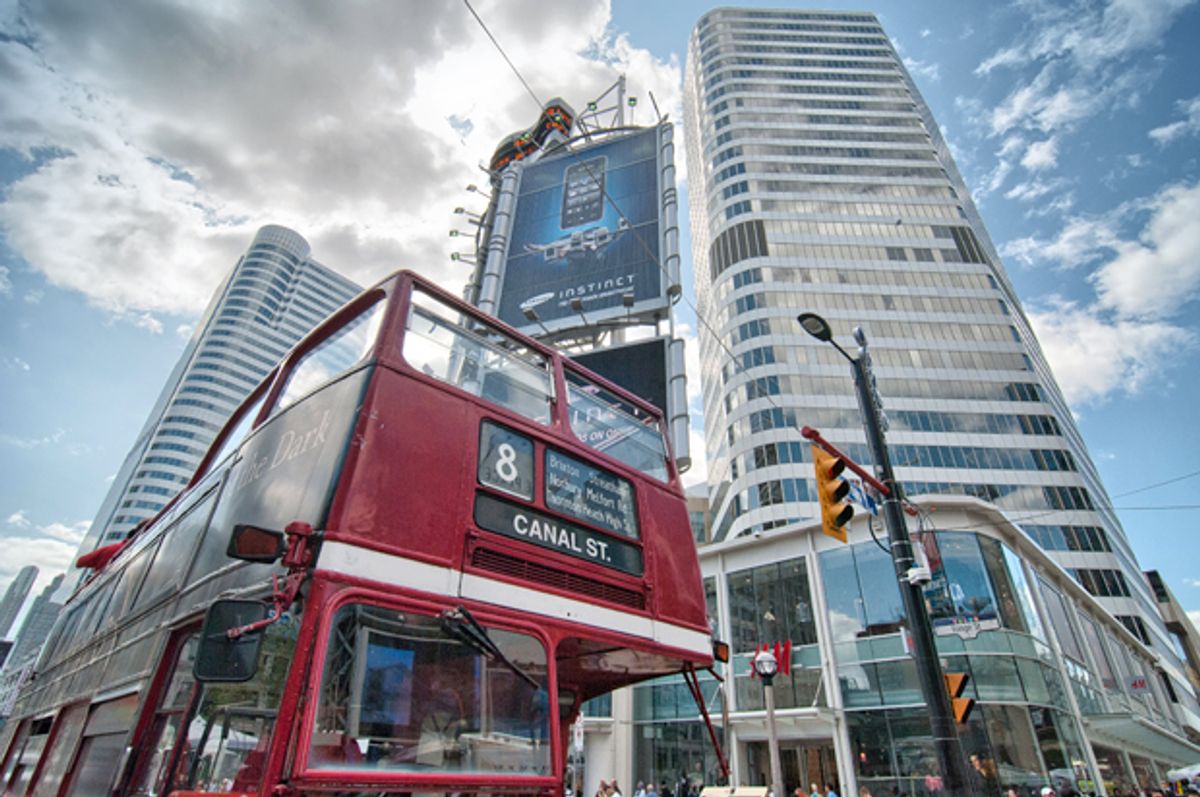 This summer, visiting Athens, I was introduced to a pair of cousins from Long Island. They had flown to Greece from Queens the day prior to begin a grand tour that would last until their money ran out. It was June. The girls hoped to be at Oktoberfest in Munich, four months later.

When they told me about the first leg of the journey, a boat to Mykonos, I could discern the seed of what has since, I imagine, grown into a thorny dispute. One cousin wanted to buy boat tickets and reserve a hotel; the other wanted to “play it by ear." Each had her fantasies of the open future, one a hazy dream of unforeseen pleasures, the other, the vivid prospect of sleeping under a bench in a ferry terminal.

Neatly enough, the cousins embodied the two sides of a debate that had been buzzing around my brain at the time, and accompanies, at some scale, every traveler. To plan or not to plan? How many windows of spontaneity and chance should be built into the framework of a journey?

I remembered the moment this week because I had a free day in Toronto, which recently passed Chicago to become the fourth-largest city in North America, after Mexico City, New York and Los Angeles.

I’d never been to Toronto, and my ideas about the place — the Maple Leafs and Blue Jays, Rob Ford and Richard Florida, Lake Ontario and the CN Tower — gave little indication of the city’s character. Torontonians, as it turns out, have some trouble elucidating this themselves. The city’s thriving film industry provides the relevant metaphor: Every year, dozens of major Hollywood movies are filmed here but set somewhere else. We’ve been watching this chameleon on the silver screen for years, mistaking it for Boston, New York or Chicago.

Civic modesty plays a role too. The kind of boosterism you’d encounter in San Francisco or Montreal isn’t present. A typical Torontonian boast sounds something like: “Toronto is actually a pretty interesting place.”

I say this as a way of prefacing my plan to explore the city, which was no plan at all. I borrowed a bicycle from my cousin and spent the day riding around without any goal in mind. This would have been a strange strategy for gem-studded Vienna, or vast Los Angeles, but it seemed perfectly suited for “the city of neighborhoods." My only regret is that it’s a pleasure, I think, that can only be fully enjoyed once.

Every urbanite has unexamined instincts about whether a particular street, park or building is inviting or discouraging, intriguing or unpleasant. But rarely do we have the freedom to let this intuition guide us. Sometimes I’d pedal after an unusual piece of architecture, like a smokestack, or a glinting façade, or in pursuit of a cafe terrace glimpsed through a tunnel of branches. Other times I turned to get into the sun, or to climb a hill.

The city’s many commercial corridors, with their miles of tiny storefronts, were enchanting in their diversity. I felt myself drawn down them like the streetcars on their tracks. Even the chain stores contributed to the visual array, since I couldn’t at first distinguish them from the hundreds of local bakeries, locksmiths, butchers, cafes, bookstores, restaurants, bars, “milks” and “meats.”

It’s hard to know what historic site or iconic bar I missed, following my whims through the city. When it came time to eat I confronted a parallel dilemma: Was I neglecting some dazzling Szechuan kitchen because it hid in a basement retail concourse? Probably. But I had no guidebook, no universe of information at my fingertips. And so I was compelled to trust my own restaurant judgment, or better yet, to uncover those visual and olfactory hunches which, amidst the ubiquitous digital advice and my own established preferences, had gone unheeded.

The idea of such an aimless wander is at least a century old. Walter Benjamin, writing about the Parisian flâneur, described how the city could whisper in a walker’s ear. Its “intimate nearness gives him hints and instructions … with each step, the walk takes on greater momentum; ever weaker grow the temptations of shops, of bistros, of smiling women, ever more irresistible the magnetism of the next street corner, of a distant mass of foliage, of a street name.”

Perhaps I lost some of that detail on a bicycle. But the bike brings other advantages. Pedestrians are susceptible to daydreaming and smartphone distraction; cyclists must stay tuned in to their surroundings. I experienced the streetscape like a man in a movie theater, captivated, absorbed and yet unable to control what I was seeing (subject, as I was, to the flow of traffic).

Most importantly, being on two wheels expanded my range: I could spontaneously turn a corner, go a few blocks, and turn back if the street was not to my liking. I’m sure I wouldn’t have felt as carefree in my navigation if I had known my tired feet would be carrying me home. On my first day in Toronto, I biked 24 miles.

I’d like to cultivate this willing spontaneity in my daily life, but it’s not just a matter of willpower. Knowledge of a city changes your instincts as it enhances your rationale. Even a dull consciousness of how the metropolis works, an awareness of which neighborhoods are pretty or important and which are dull or dangerous, makes it difficult to entrust decisions to sensory whim. A place can’t be unlearned or, in good faith, ignored.

Exploring a bustling and wholly unfamiliar place, then, is like reading a book for the first time. The city subsequently becomes available for enjoyment, exploration and reference. But you only get, on a metropolitan scale, one chance to be surprised, confused and thrilled by newness.

When you think of all the places you haven’t been, it’s a lot to look forward to.