In defense of a ban on same-sex marriage, the gubernatorial candidate conceded marriage equality's social benefits 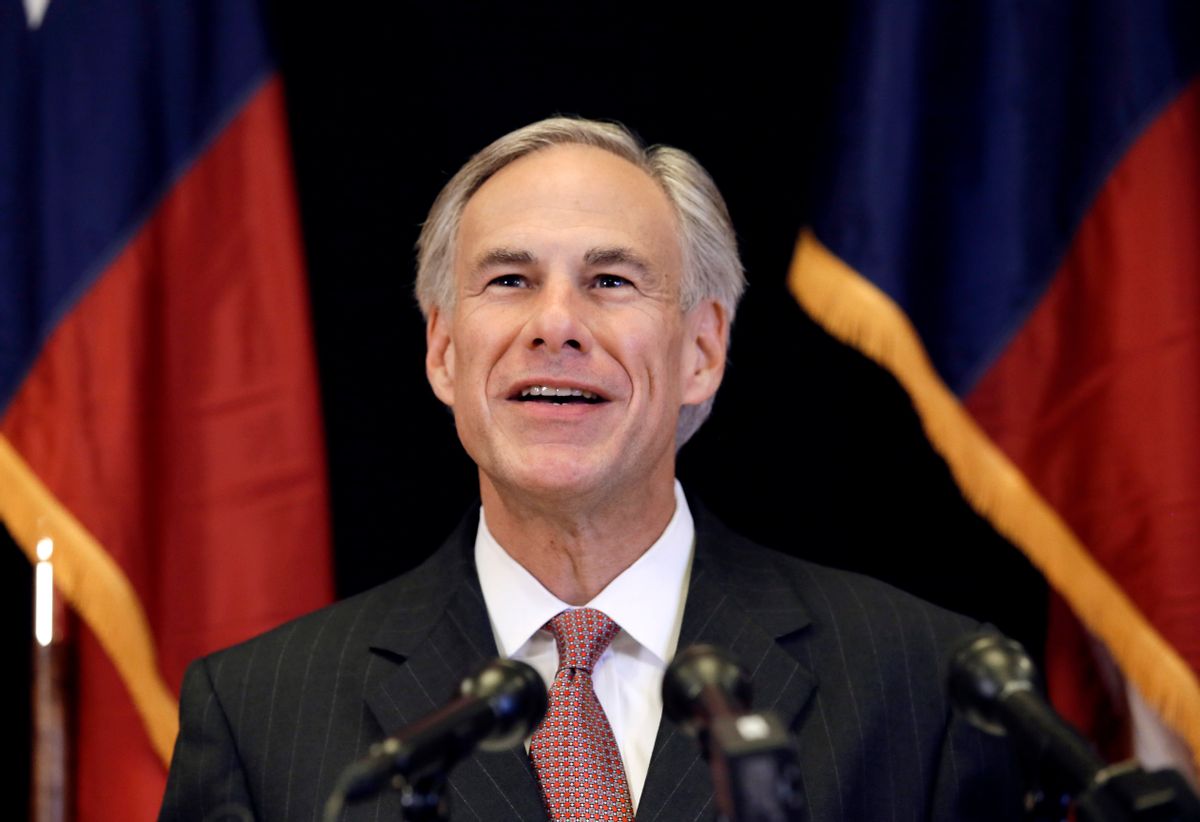 In a brief filed with the Fifth Circuit Court of Appeals on Friday, Texas attorney general and GOP gubernatorial candidate Greg Abbott argued that lifting the state's ban on same-sex marriage would not encourage opposite-sex couples to procreate within wedlock, and therefore the ban should stay in place. Abbott reiterated the "responsible procreation" argument he has already made in defense of a same-sex marriage ban, saying that the motivation for denying marriage rights is economic, according to the Houston Chronicle.

Abbott went on to argue that the benefit of heterosexual marriage comes from its ability to encourage other couples to procreate within a legal union -- an end that the state contends cannot be achieved in same-sex unions, because they do not necessarily result in pregnancy:

First, Texas’s marriage laws are rationally related to the State’s interest in encouraging couples to produce new offspring, which are needed to ensure economic growth and the survival of the human race [...]

Second, Texas’s marriage laws are rationally related to the State’s interest in reducing unplanned out-of-wedlock births. By channeling procreative heterosexual intercourse into marriage, Texas’s marriage laws reduce unplanned out-of-wedlock births and the costs that those births impose on society. Recognizing same-sex marriage does not advance this interest because same-sex unions do not result in pregnancy.

Despite the fact that many opposite-sex marriages also do not result in pregnancy, the brief contends that because they are more likely to produce offspring than same-sex marriages, they are entitled to state subsidies. Abbott did, however, concede the same-sex marriage can have positive social benefits anyway. The brief notes that legalizing marriage equality could increase household wealth and provide a stable environment for the children of same-sex couples -- but "that does not establish that Texas’s marriage laws lack a rational relation to the State’s interests in reducing unplanned out-of-wedlock births and encouraging the creation of new offspring.”