Stefon couldn't keep it together during his latest "SNL" appearance. The former "SNL" writer might be to blame. 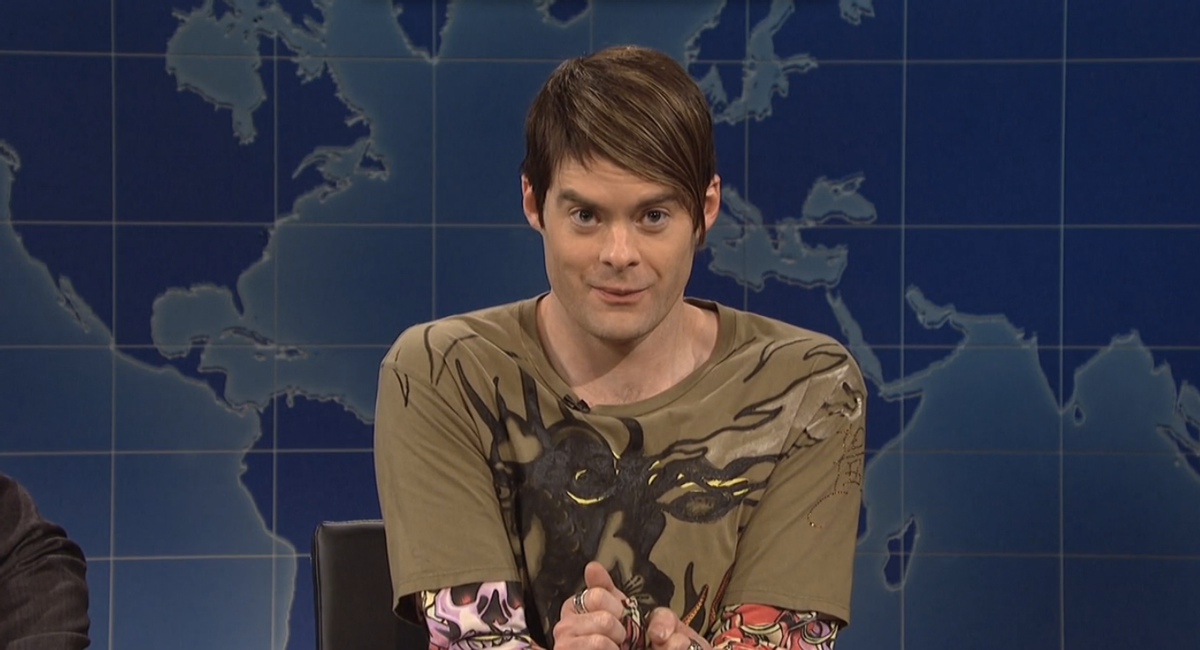 It's been a long running gag between Mulaney and Hader, who created Stefon together back in 2008, for Mulaney to try his hardest to get Hader to break character. In the "SNL" oral history "Live from New York," Mulaney came clean about it: "I would put in new jokes after dress, and sometimes he would see them right before air; it wasn't like it was the first time he ever saw it on the cue card. I would say, 'This is now this, this is now this, this is now that.'"

"It was definitely a group effort," he added.

Hader brought Mulaney back to help him write the new Stefon sketch. They wrote it over Skype:

After waking up from anesthesia, Stefon returns to "Weekend Update" to find two new anchors and a collection of new New York hotspots like the "old, wet bandaid found in a jacuzzi" of a club Whimsy and Jan's Backpack, a place where "dumb folks looking to just get murdered." Among the many attractions of each club is a man named "Dan Cortez."

"Dan Cortez" is actually Dan Cortese, the bro-y 90s era MTV host and jock who parodied himself on "Seinfeld" as George's man-crush, Tony. Something about Dan sent Hader into a fit of giggles and as the sketch wore on, he lost more and more control.

On Sunday, Mulaney provided the reason, along with an apology to Cortese. We can only hope this is what actually happened:

Despite the butchering of his name, Cortese was pleased by the mention:

It was a great night for Stefon and his fans.