O'Reilly seems to be having a stressful day 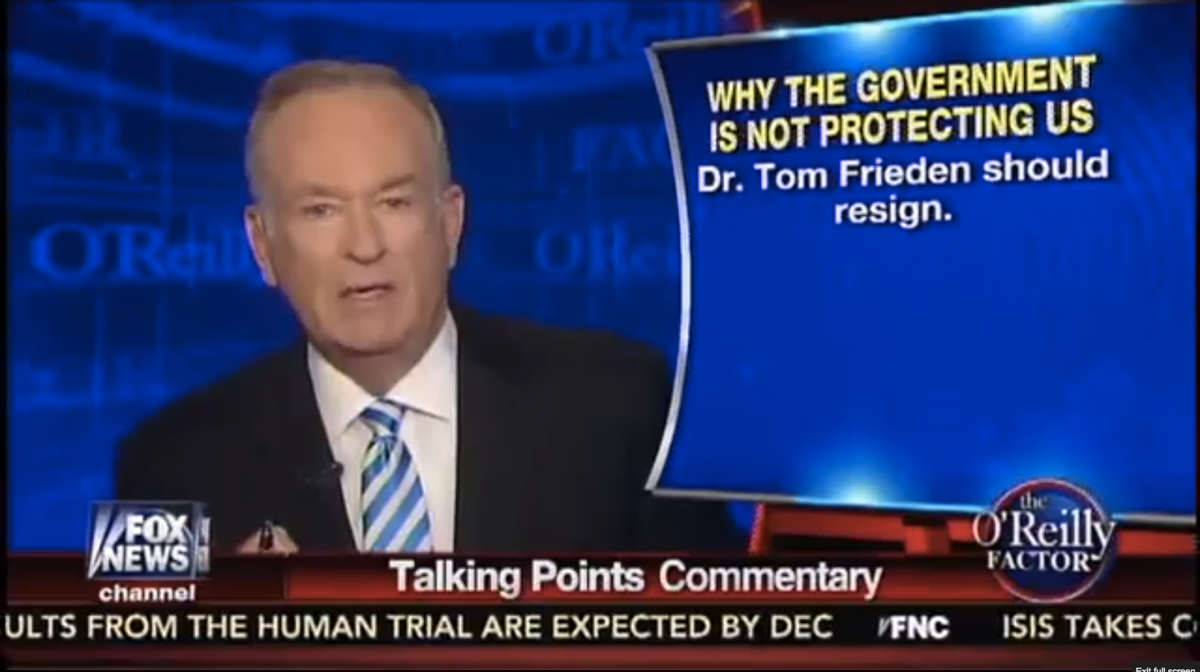 On Monday evening's edition of "The O'Reilly Factor," Bill O'Reilly was visibly jilted after CDC Director Tom Frieden refused to appear on his show.

"We have asked Dr. Frieden a number of times to appear on 'The Factor,'" O'Reilly said. "He will not because he is afraid. He knows that I know he's not being candid; that he is spinning the situation and not being forthcoming about how the disease is being spread. Frieden should resign."

In the second clip, O'Reilly talked with Fox News Senior Political Analyst Brit Hume, a man who, may I remind you, has no medical expertise whatsoever.

In the interview, O'Reilly said one of the most deceptive, slimy lines I've heard: "It's my job to keep it small. It's my job to look out for the folks. Is there one reason on this Earth that we should not deny visas to West Africans right now until we can set up an apparatus?"

Oh you haven't? You didn't hear Dr. Anthony Fauci, director of the National Institute of Allergies and Infectious Diseases at the NIH, explain why travel bans would never work to Elisabeth Hasselbeck on Fox News?

"Why do we want a puppet out there?" O'Reilly shouted. "Resign, Dr. Frieden! Have a little dignity!"

Selectively sharing information is not news; it is propaganda.