"Money is the pillow smothering democracy in its hospital bed" 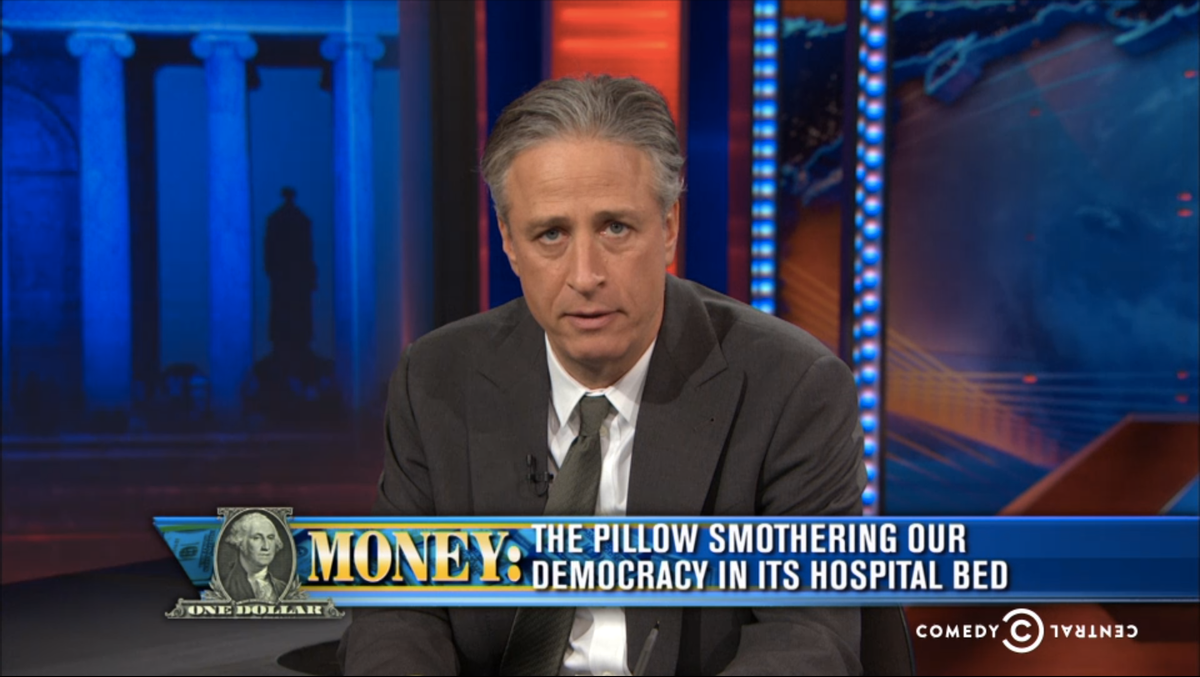 On Monday evening's edition of "The Daily Show," Jon Stewart turned his attention to midterm fever-- just like Ebola, only way more expensive!

"With only three weeks to go, it is estimated that $5.5 to $6.5 billion will be spent on the campaigns. Let me put that in layman's terms: enough money to hazmat suit up every man, woman and child in America and silkwood shower those motherfuckers 'til election day!"

Democrats have been outspoken in their disapproval of money's role in politics-- as Stewart says: "Money is the pillow smothering democracy in its hospital bed." The only problem is that liberal groups are outspending conservative groups, and Obama recently attended his 53rd and 54th fundraisers at Gwynyth Paltrow and someone named Rich Richman's homes.

"You know, it may not be the best way to send a message about your contempt for money and politics with back-to-back fundraisers from the homes of Lady Goop and literally a man named Richie Rich."