Nikki Haley: It's OK to have the Confederate flag at the statehouse because not "a single CEO" has complained

Asked whether stars and bars should be removed from statehouse grounds, the Tea Partier says there's no need 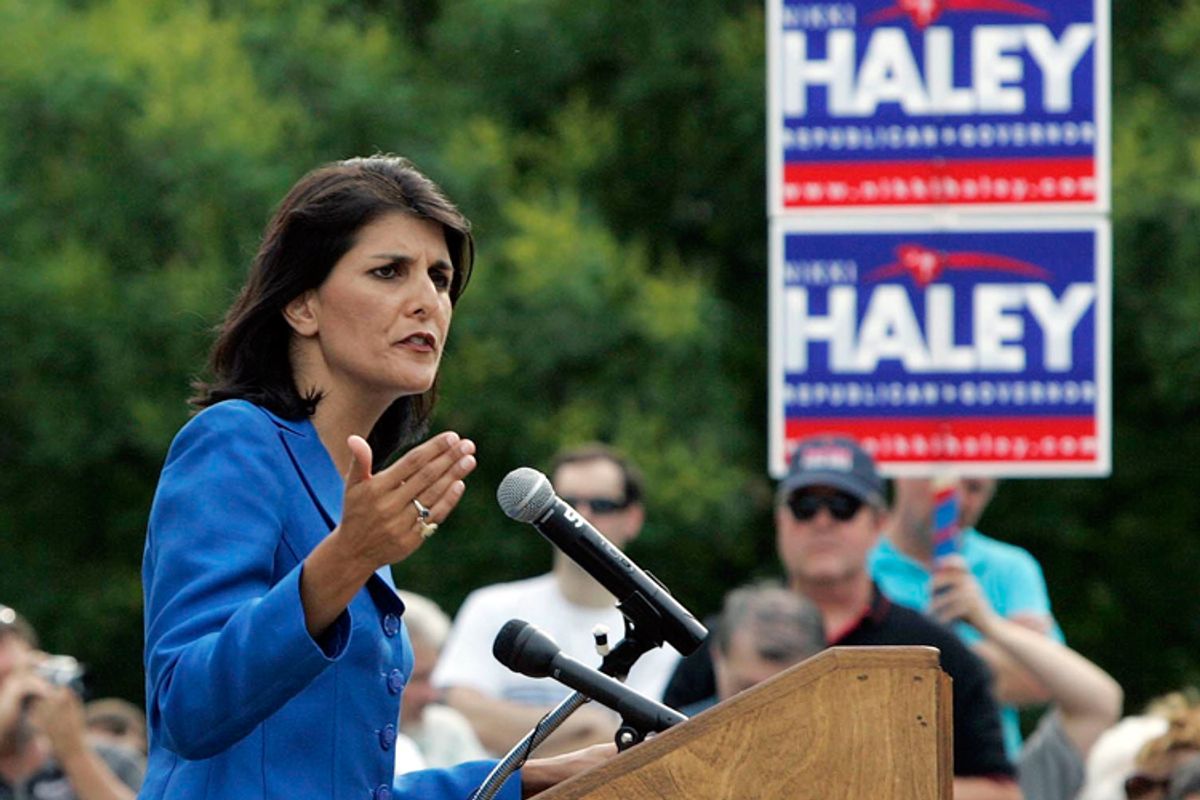 Republican Gov. Nikki Haley defended the Confederate flag's presence on South Carolina's statehouse grounds, declaring in a debate Tuesday that the flag isn't an issue because "not a single CEO" has complained about it.

Parting ways with Democratic challenger Vincent Sheheen, who called for the flag's removal, Haley acknowledged that the flag was a "sensitive issue" but rejected the notion of removing it.

“What I can tell you is over the last three and a half years, I spent a lot of my days on the phones with CEOs and recruiting jobs to this state,” Haley said. “I can honestly say I have not had one conversation with a single CEO about the Confederate flag.”

Conceding that South Carolina had suffered an image problem in the past, Haley asserted that the state had moved beyond those days.

"But we really kind of fixed all that when you elected the first Indian-American female governor," Haley said. "When we appointed the first African-American U.S. senator, that sent a huge message."

While South Carolina does indeed have an Indian-American governor and, in Tim Scott, an African-American U.S. senator, structural inequalities continue to plague the state. According to data compiled by the Kaiser Family Foundation, 36 percent of black South Carolinians live below the poverty line -- more than twice the 17 percent poverty rate for whites in the state.