Stand whose ground? How a criminal loophole gives domestic abusers all the rights 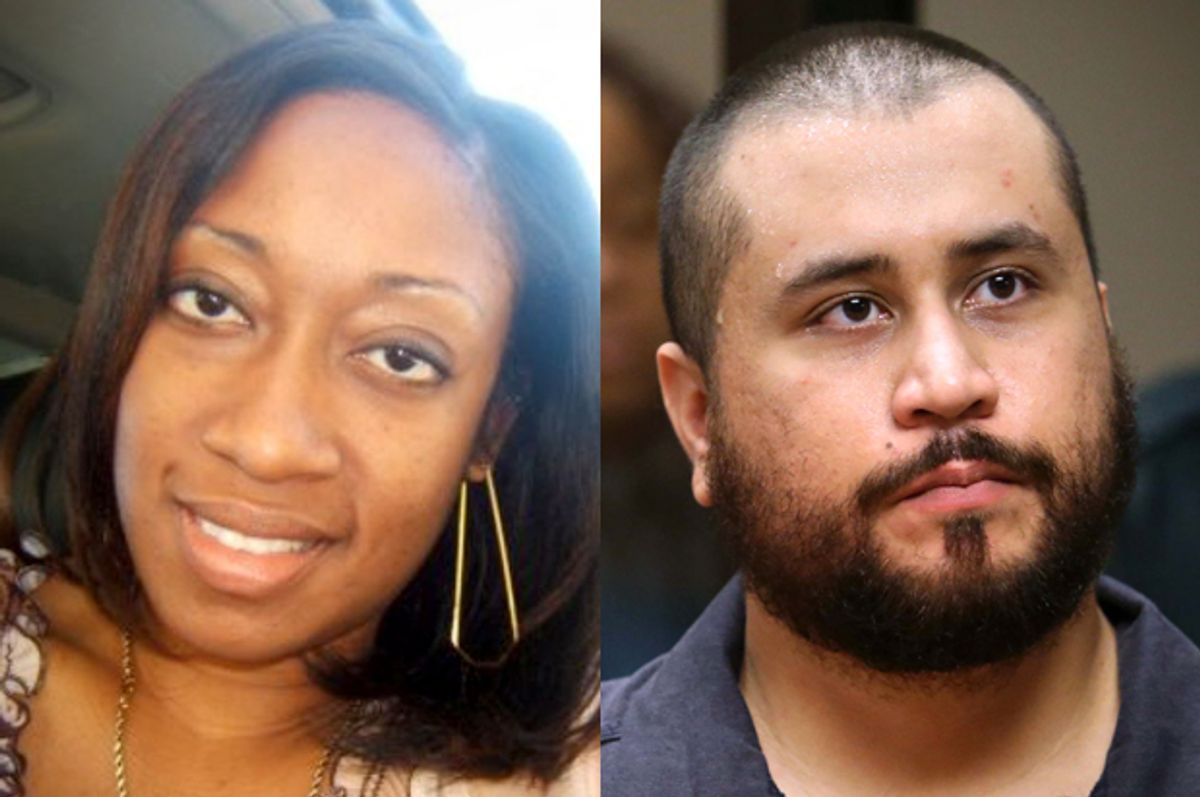 In November 2012, Whitlee Jones fatally stabbed her partner, Eric Lee. She has testified that she did not mean to kill Lee when she issued the fatal wound, but that she only meant to fend him off while he blocked her from exiting the house with her belongings, attempting to leave him for good. The incident occurred just hours after Lee had punched Jones repeatedly and dragged her down the street by her hair.

According to a lengthy report by the Charleston Post and Courier, neighbors saw Lee rip Jones' weave from her head, saw it fall to the pavement across which he yanked her while she screamed. One witness called the police. Officers arrived while Jones hid outside the house; they spoke only with Lee, who said that their altercation never turned physical. The police left, and Jones returned to grab her things and go, forever. She later told police that her partner tried to attack her while she was leaving the house for the second time that night. So, allegedly fearing for her life, she stabbed him.

Now, South Carolina prosecutors are appealing a judge’s decision to grant Jones immunity in the murder case in accordance with the state’s Protection of Persons and Property Act -- otherwise known as its "stand your ground" law. The expansive measure gives a person the right to use deadly force against a serious threat in his or her own home, or in “another place where he [or she] has a right to be.” But prosecutors say the 2006 SYG law does not apply to housemates in episodes of domestic violence, as that was not the legislation’s original purpose.

“[The Legislature’s] intent ... was to provide law-abiding citizens greater protections from external threats in the form of intruders and attackers," Assistant Solicitor Culver Kidd, the case's lead prosecutor, told The Post and Courier. "We believe that applying the statute so that its reach into our homes and personal relationships is inconsistent with [its] wording and intent."

And unfortunately, Kidd and his colleague in the Jones appeal, Solicitor Scarlett Wilson, technically have the law on their side. South Carolina's SYG statute indicates that the “presumption of fear” necessary for one to take aggressive force does not apply when the person "against whom the deadly force is used has the right to be in or is a lawful resident of the dwelling." So, it would seem the law explicitly offers domestic abusers a loophole that gives their victims no legal ground on which to stand. That loophole is one that Judge J.C. Nicholson, who presided over Jones’ case, refused to allow, arguing that it would “create a nonsensical result” in which victims can defend themselves from a partner’s attack outside the home but not inside, where the most dangerous abuse is likely to occur.

Kidd and Wilson are not buying the judge’s argument, and they shouldn’t have to. In fact, there shouldn’t be a question of applying stand your ground to Jones’ case, or to the two other similar cases Kidd is currently prosecuting against domestic violence survivors. These cases and these defendants deserve their own laws — distinct ones. The prosecution’s explication of South Carolina’s SYG law is legitimate, and that poses a much larger problem than getting Whitlee Jones convicted of murder. It typifies the ways in which the law fails to protect victims of domestic violence, and the legally ambiguous area their cases occupy.

There is no room in the SYG law for a “presumption of fear” in one’s own home, of one’s own partner. That illustrates a shameful misunderstanding of how domestic violence operates, as well as an even more shameful lack of any path to justice for abuse victims — often women who have to fight back to save their own lives. It is not as if these laws or these gaps in laws simply exist out of nowhere; the rules didn’t simply come to be. They were created to protect some but not others, but that’s something that can be improved. What’s needed isn’t a different, clearer understanding of stand your ground or the laws that currently exist, but a different law that deals specifically with self-defense in cases of intimate partner violence.

But acknowledging that need still doesn’t excuse the South Carolina prosecutors’ grave efforts to misapply justice for domestic violence victims, nor the efforts of prosecutors trying similar cases — such as Angela Corey of Florida, the attorney who prosecuted George Zimmerman for the murder of Trayvon Martin. Corey is currently attempting to put Marissa Alexander, a mother of three who fired a "warning shot" at her abusive husband, in prison for 60 years. Alexander has been refused immunity under the state's SYG law twice -- the first time because the court found that she did not have a "reasonable" fear for her life, and the second because the judge refused to retroactively apply changes to the law that made provisions for warning shots. She did not injure anyone and, at the time of the incident, had a protective order against her partner, who previously admitted under oath to beating her.

As my colleague Brittney Cooper has written before, Alexander’s case — and now Jones’ case too — would play out differently if we lived in a world where women’s lives mattered. Then, there would be laws that afford domestic violence victims the understanding, protection and justice they deserve when they are forced to live — and defend themselves — in fear. Or, at the very least, stand your ground laws would apply not only to hypothetical external threats, but to people who have their backs against the wall in their own homes no matter what the situation — even if they were pushed there by their own partners.

But that’s not the world we live in. Instead, we live in a world where stand your ground laws are written to exclude violence against women when it occurs in their homes or at the hands of their partners; where in practice the measures are invoked to protect those most likely to commit abuse. They dictate what or whom can be reasonably seen as a threat, and who has the right to fear for their lives. They say that a woman with a weapon fighting back against the man who abuses her is not a victim, but a criminal.

But a woman who acts in self-defense is not, apparently, just unworthy of the law's protection. She is also a threat to an oppressive system in which her body does not belong to her and her life does not matter. That is why when the oppressed stand up against their oppressors, they are not protected by stand your ground; in practice, only those with power can respond to violent threats and receive protection from the law. The oppressed are not entitled to the same safeguards when threats of violence come the other way around. That sort of violence is simply the system working as it’s supposed to.