The sneaky feminism of Showtime's "The Affair"

Based on the promos, I expected a typical tale of woman as crazy homewrecker. I couldn't have been more wrong 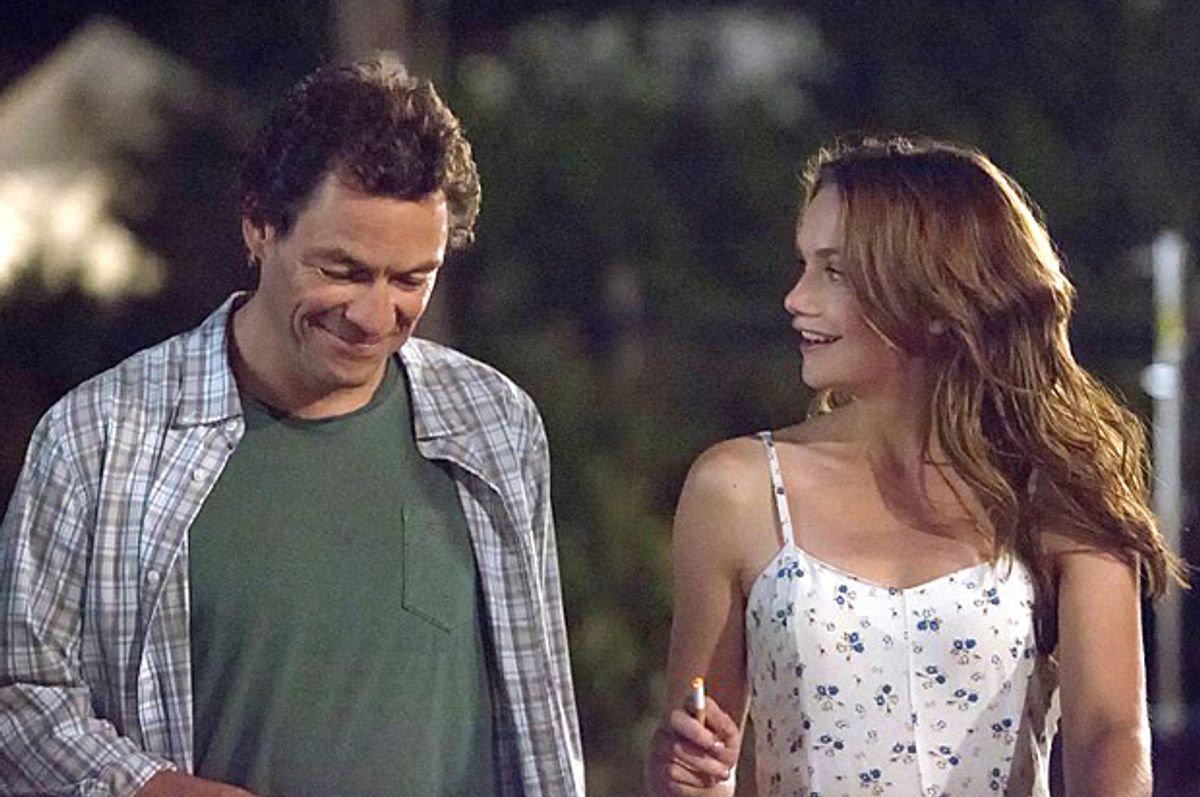 One look at the marketing for "The Affair" and I chalked it up to yet another show—or movie—where the "psycho bitch" trope, as Amanda Hess perfectly dissected in her Slate column last week, takes over a man’s life and “ruins” it. There’s a man and woman in the "Affair" promo photo; he’s behind her in the water, very serious, while her face is positioned the other way, glancing over her shoulder territorially.

The first half of “The Affair” seals that vibe—Alison (incredibly played by Ruth Wilson), a sultry waitress in Montauk, NY, essentially stalks and then attempts to seduce Noah (Dominic West), a wealthy-by-marriage New Yorker who heads out to the east end with his beautiful wife (Maura Tierney) and four kids for the summer. Noah is, for some reason, unhappy with his life; it’s stale, I guess. His wife laughs at his sex face, he has entirely too many kids, and his father-in-law is a mega-successful novelist who taunt Noah’s financial inadequacy. Noah is searching for something. And he “finds” Alison. She’s got the perfect name for the kind of girl whom men just seem to happen upon—Alisons have been idealized in songs for decades by Elvis Costello, The Lemonheads, The Gin Blossoms.

Except she’s not that kind of Alison. We know this because halfway through, the point-of-view shifts and we’re presented with Alison’s perspective.

“The Affair” is told with a “Roshomon” or “Gone Girl”-like plot device: there are multiple points of view. Not only does Alison’s point-of-view obliterate the tired, “psycho” stalker character, but it allows us to question Noah as a reliable narrator. (I tend to believe Alison.)

Alison’s side of the story is glorious, yet painful. Alison’s empty inside, but for different reasons than Noah is. She’s grieving over the death of her four-year-old son—she and her husband (Joshua Jackson) live in a stunning, but isolated beach house surrounded by dunes. He tries to engage her—sex, chit-chat, but she’s listless. In Alison’s story, she’s somewhat oblivious to Noah when they first meet at the restaurant where she’s a waitress; in Noah’s story, she’s seductive and touchy right from the start.

In their second meeting on the beach later that night, Alison’s version is that she’s got a blanket wrapped around her. She’s wearing jeans. A T-shirt. Noah, on the other hand, envisions her in a tiny, revealing dress with her hair blowing through the wind. Even the way they approach each other on the beach is a complete dichotomy. In Noah’s story, Alison says to him, “You found me.” In Alison’s story, Noah says to her, “I found you.”

In a recent interview with Entertainment Weekly, co-creator Sarah Treem talked about her fascination with the differences between men and women, using her first date with her husband as an example. “I said, ‘Do you remember what I was wearing when you met me?’ He was like, ‘Oh yeah, absolutely.’ And he described an outfit that was not what I was wearing, or at least in my mind completely different than what I was wearing. But he was so confident about it. I think it was a conglomeration of a lot of different experiences that made me think, you know, especially in love affairs when so much of the memory is influenced by your emotions you just don’t see the whole story. Nobody does.”

“The Affair” reminds me of any of the arguments, or, ahem, discussions I’ve had with my husband as well. “That’s not the way it happened,” I’ve said to him over the years. Once things get cleaned up, and once we sort out the fine points, and push through the feelings, we try to say, “Okay, that’s not the way it happened for me.” Because inevitably, we both have different realities. Even our varying day-to-day experiences affect our reactions—the way we’ve interpreted a smile, or a look, or a conversation.

That’s the intriguing piece of “The Affair”—we’re never going to get the truth. Instead, we’re going to get a dissection of two limited realities—somewhere, between all the muck, we, as viewers, will be forced to devise our own viewpoint. But one thing is clear: Alison is a far more complicated character than she initially seemed.