By teaming up with the Susan G. Komen Foundation, the industry hopes to recast itself as a public health advocate 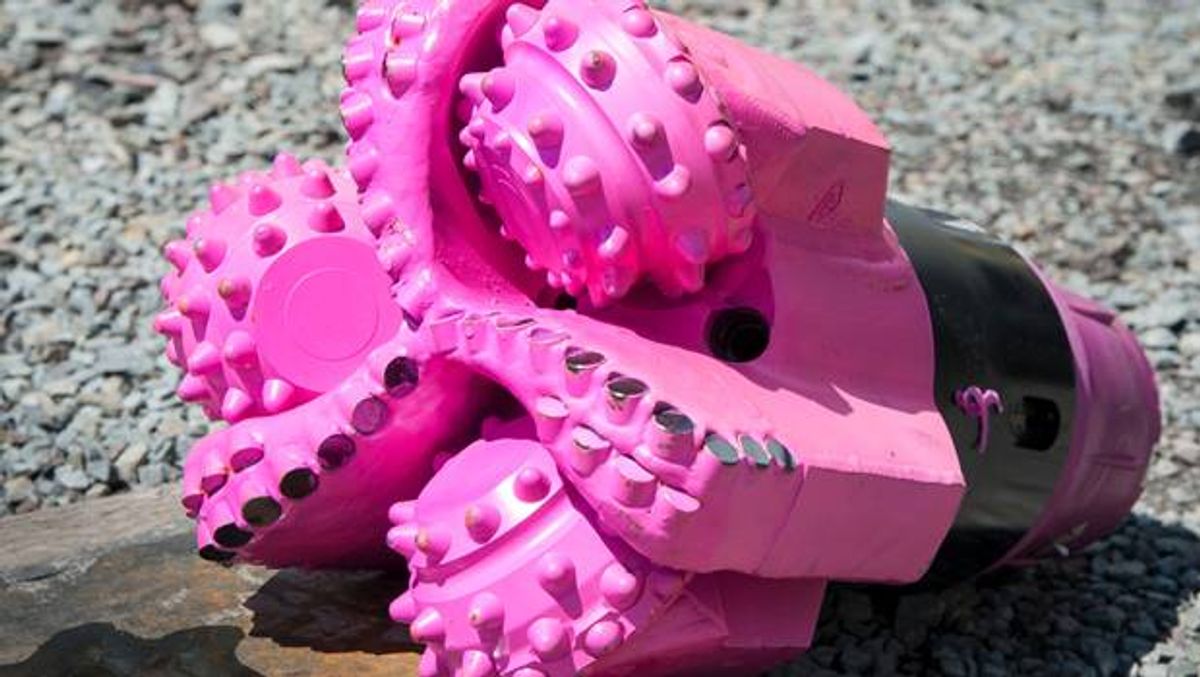 Helping find a cure for cancer or "pinkwashing" carcinogenic pollution?

That is the question being raised upon the news that one of the world's largest fossil fuel services firms is partnering with the Susan G. Komen Foundation on a breast cancer awareness campaign, despite possible links between fracking and cancer.

According to energy services firm Baker Hughes, "The company will paint and distribute a total of 1,000 pink drill bits worldwide" as a "reminder of the importance of supporting research, treatment, screening and education to help find the cures" for breast cancer. The firm, which is involved in hydraulic fracturing, is also donating $100,000 to the Komen Foundation in what it calls a "yearlong partnership."

The announcement comes in the same month Baker Hughes agreed to begin disclosing the chemicals it uses in the fracking process, publishing them at fracfocus.org, the industry's website. Health advocates and environmental activists have long prodded the industry for full disclosure - especially since scientific studies have raised the prospect of a link between oil and gas exploration and cancer.

For example, Texas regulators reviewing cancer rates in an area of heavy natural gas development recently concluded that "consistent with previous analyses, female breast cancer had a higher than expected number of cases in the area."

The Los Angeles Times reported that a recent government study found that "some workers at oil and gas sites where fracking occurs are routinely exposed to high levels of benzene," a chemical scientists believe is a carcinogen that may be linked to breast cancer. And a 2012 study by University of Colorado researchers found "higher cancer risks for residents living nearer to [gas] wells as compared to those residing further [away]."

Yet some of the findings of the studies have been disputed. Responding to the scientific study about cancer and fracking, a spokeswoman for the Komen Foundation told International Business Times that "the evidence to this point does not establish a connection between fracking and breast cancer." The spokeswoman also said the partnership "grew from Baker Hughes' involvement in our Houston Race for the Cure" and that "the issue is personal to them and their employees."

If the Komen Foundation seems like a familiar icon of political controversy, that's because it is. Only two years ago, the foundation provoked a firestorm of criticism for its decision to stop funding Planned Parenthood efforts to combat breast cancer. The move was "seen by many as a statement against legal abortion," said the New York Times.

The foundation has also been accused before of helping "pinkwash" corporations whose products critics say may actually promote cancer. It's the same accusation being aired today. Indeed, writing at EcoWatch, biologist Sandra Steingraber labeled the Komen alliance with Baker Hughes as "pinkwashing," and said of the foundation: "It's time to stop taking money from the frackers."

To be sure, there remain many open questions about the health effects of oil and gas exploration. But with billions of dollars in potential profits on the line, there's little doubt that the oil and gas industry will follow other toxic industries throughout history by trying to downplay such questions.

One of the most reliable strategies to suppress this line of questioning is a public relations campaign designed to recast an industry as an earnest public health advocate, rather than a public health menace. Such initiatives aim to redirect people's attention by convincing them to arrive at industry-friendly conclusions. In this case, the campaign in question aims to convince Americans to equate oil and gas exploration with pink drill bits and anti-cancer crusades rather than, say, huge rigs near schools and scientific studies about carcinogens.

With the help of allies like the Komen Foundation, the audacious initiative may work.