An honest and painful interview reveals the pain of parental guilt 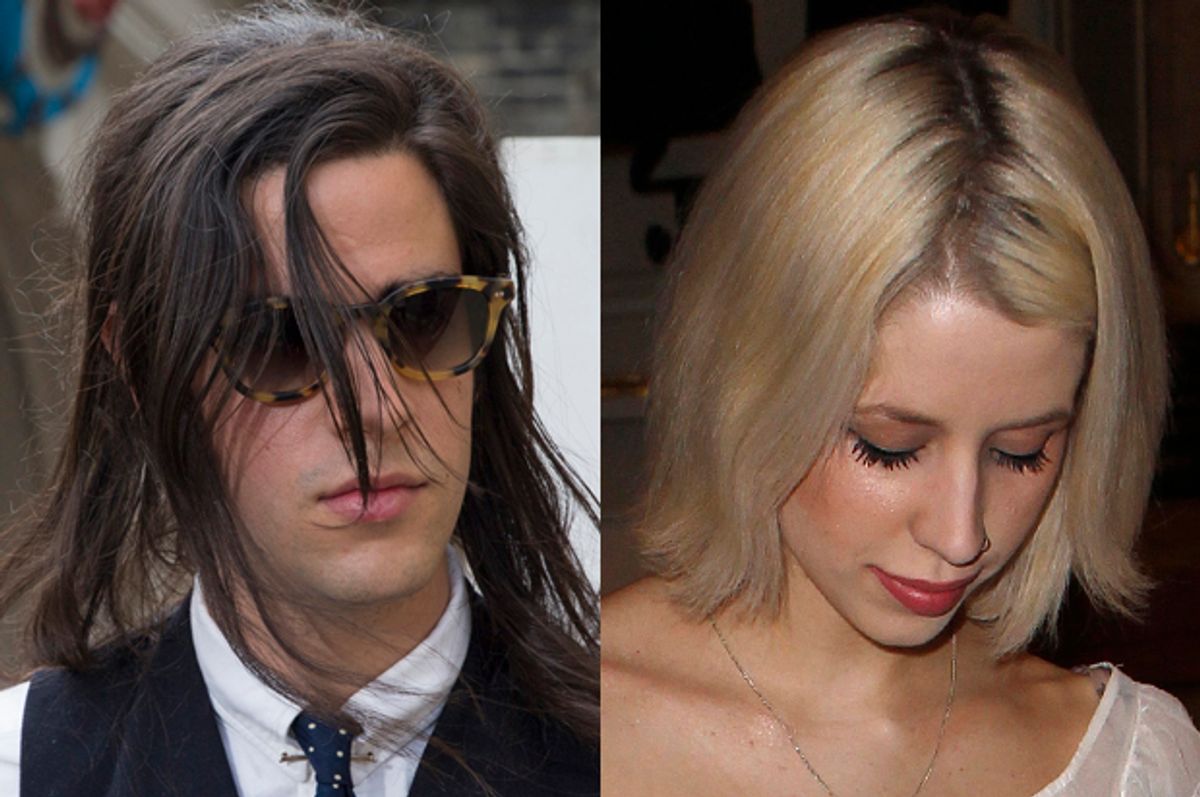 Do not underestimate how difficult it can be to simply go on living. In a candid and deeply affecting new interview with ITV News' Mark Austin, Sir Bob Geldof  is speaking out about the "utterly cathartic" power of performing, and his guilt   his daughter Peaches' death last April from a heroin overdose -- fourteen years after her mother's drug-related death.

The former Boomtown Rats frontman, who has been doing a reunion tour with his old band recently, spoke of the effect the notoriously vicious British tabloids had on his children after their mother's overdose, saying, "They got at them to get at me. It damaged them," but insisting, "I'm not just blaming the newspapers, of course not, or the Daily Mail. You blame yourself, you're the father who's responsible and clearly failed." When Austin asked if he really felt that way, he replied, "Yeah, of course you do. Anybody watching, they have  a dead kid. You're the parent. Yeah. You go back, you go back, you go over, what could you have done? And you do as much as you could, but…"

I don't know a parent who doesn’t wrestle with guilt. The guilt of balancing work and home. The guilt of providing adequately for our children. The guilt of knowing they're watching us make our mistakes. The guilt of passing on not just our eye color and talents but our illnesses and addictions. The guilt of not being able to shield them from the playground bully or the bee sting. The special guilt of watching a child wipe out in front of our eyes, and feeling certain if we'd just moved a little more quickly to catch her, she'd be safe.

So of course it's not surprising that Bob Geldof feels the burden of guilt for his daughter's death. It doesn't matter that she was a grown woman with children of her own; it doesn't matter that a substance abuse problem is not a thing to blamed for. He's her father; she died. Period. It's not just a heartbreak. It's, in his word, a failure.

The cruel reality of loss is that it isn't just about grief. It's about the pain of getting to live when the other person doesn't. It's about how horribly random and unfair it all can feel. And within a helpless experience, sometimes all a person can do is struggle for an alternative version of the narrative. One that isn't helpless, one in which something could have been done. But it means that back in this reality, we failed. If only we'd tried harder. If only we'd turned left instead of right. If only we'd done something different. We give ourselves a power we never really had, to cope with a pain we really can't contain. When I interviewed author Brene Brown two years ago, she talked shame and judgment and said, "Everybody I’ve ever talked to has had that experience that feels like a knife up to their throat."

If the love and devotion of family and friends alone could save people from dying of overdoses and depression and accidents and diseases, the death rate would plummet exponentially. But life doesn’t work that way. It picks off the people we care about and we grasp for meaning within it and we beat ourselves up when there's none to be found.

By sharing his pain – and quite bravely,  his shame --  Geldof is shining a light on the complicated experience of grief and the guilt that can accompany it. And even as he says he blames himself, he also acknowledges it's not that simple. "She knew what life was supposed to be," he says. "She tried very hard, and she didn't make it."