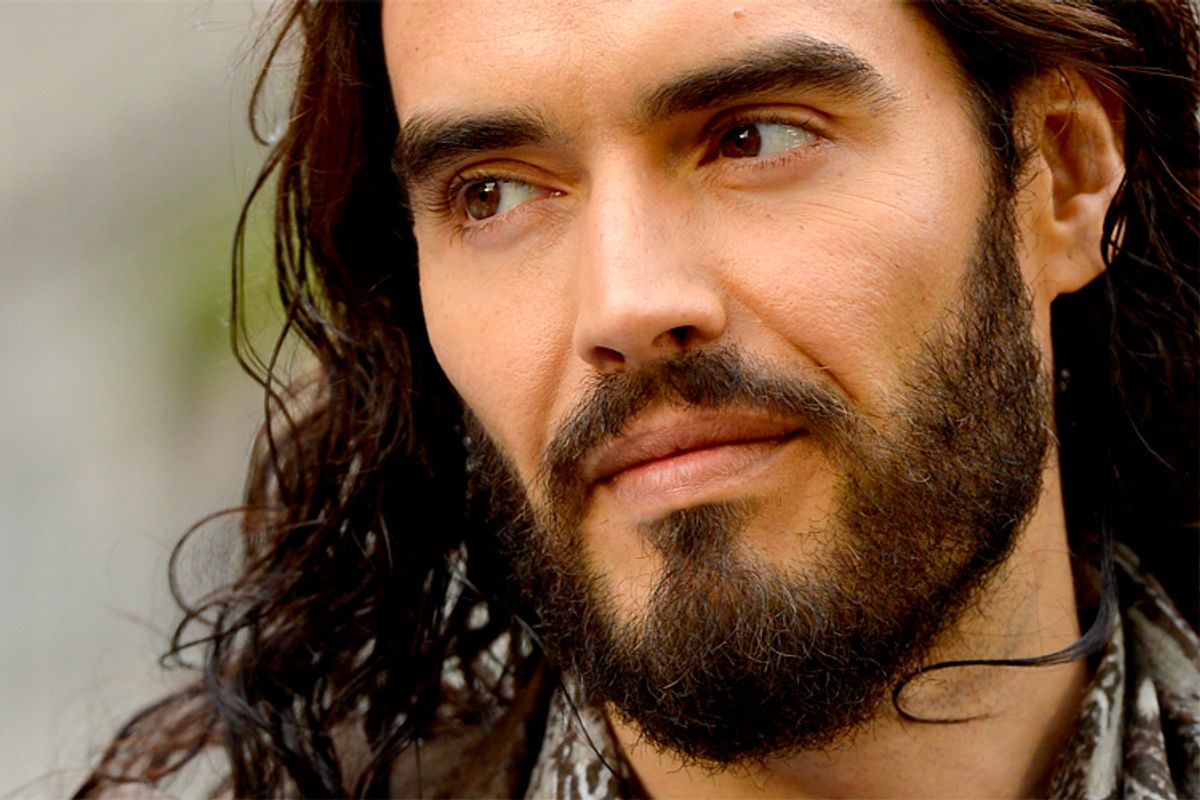 Russell Brand was threatened with arrest and told to leave the general Fox News headquarters area, according to a video posted to Brand's The Trews -- true news -- YouTube channel.

Brand the comedian turned political activist decided to film the segment outside of Fox News in New York after Sean Hannity cancelled Brand's appearance on "The Sean Hannity Show."

This particular episode of Trews focused on Fox News' biased reporting on Islam. However mid-filming he is cut off by a security guard who approaches Brand and claims he cannot film on the sidewalk in front of the building.

"You can’t film here; this is private property," the guard exclaims.

Brand asks who owns the building, to which the guard exclaims, “It doesn’t matter, do you want to get arrested?”

Brand later goes into the building lobby and asks for a tour. He is not granted a tour and ends up filming the rest of the show from what appears to be a car. Watch the entire segment below: