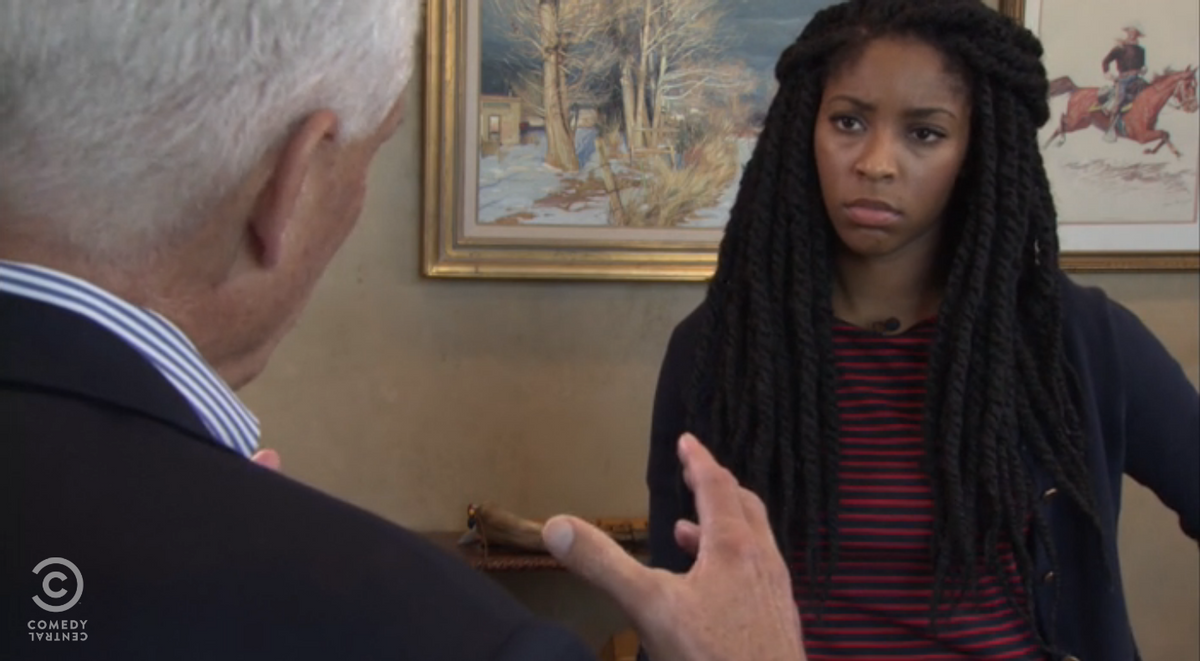 On Thursday evening's edition of "The Daily Show," Jessica Williams reported from Kansas, where an unwieldy political experiment affecting the lives of millions had just been completed.

The experiment was Gov. Sam Brownback's Republican utopia: Brownback instituted policies leading to the expansion of gun rights, restrictions on abortion, reduced welfare, increased voter registration scrutiny, and much lower taxes, with any owner of a business totally exempt.

The results of the experiment are in!

Wint Winter Jr., former state senator, said: "It's just been an abject failure ... I wish it had worked, it'd be great! This is really an experiment gone horribly wrong."

"How bad could it be?" Williams asked.

"Are you sure you're a Republican?" asked Williams. "Because you don't sound like one. Name three hip-hop artists and Eminem does not count."

Watch the clip below to learn what Kansas is going to do about it (spoiler alert: vote Democrat).