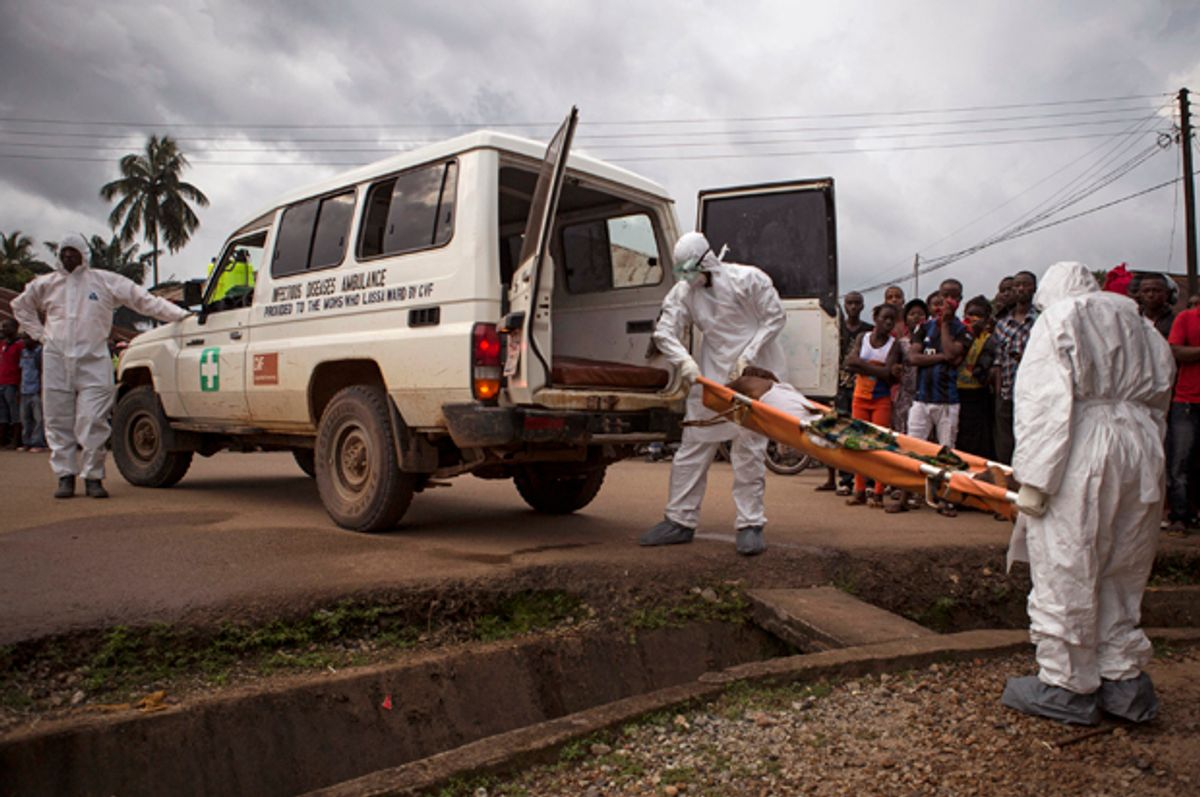 While fears and rumors are spreading faster than the Ebola virus in the U.S., the past few days have shown that America’s hospitals are not well prepared to deal with a spreading outbreak and are rushing to fill in gaps as mistakes emerge.

This week’s news has shown that even major hospitals and their staffs have not been sufficiently trained nor equipped to detect the virus or handle patients with it. That’s been seen in the third case that arose at a prestigious Dallas hospital—the eighth largest in Texas—where a second nurse in a team of 100 that treated Thomas Eric Duncan, a Liberian who died of the virus, became infected from that care-giving.

Compounding that development was the fact that federal health officials overseeing the nation’s Ebola response gave permission to a nurse to fly on a commercial jet to Ohio after she reported a low-grade fever. The nurse has since been taken to a special infectious disease center in Georgia, with biohazard isolation rooms and other protocols that are not commonly found in most hospitals.

“They are learning infection control on the fly,” DeAnn McEwen, chief of infection control for National Nurses United, the country’s largest union of nurses, said on Wednesday, saying both federal officials and hospitals have been far too lax.

One infectious disease specialist contacted by AlterNet who runs that department for a major urban hospital made these and other similar points earlier this week, which have been borne out as hospitals across the U.S. begin to look at more thorough protocols than previously recommended by federal officials.

1. Most American hospitals are not equipped to handle Ebola. They are not like Emory University or the country’s handful of bio-containment centers. They don't have the space suits, isolation rooms, and training to deal with Ebola patients.

2. Nobody knows how the Texas nurses got the virus when treating Duncan. They didn't have the training or precautionary gear, even after the Presbyterian Hospital emergency staff failed to correctly diagnose Duncan at first and discharged him.

3. Initial assurances by the top officials at the federal Centers for Disease Control and Prevention that they have the situation under control were not true, just as instituting airport screening of travelers will not do much to identify carriers.

4. Physicians are concerned about doing too little—and doing too much, because they do not want to be seen as racially profiling potential victims or feeding into what has already been negative stereotyping of West Africans in media.

5. Hospitals and doctors are instituting tougher measures as soon as mistakes are identified. While that is laudable, physicians don’t know that much more than the public about Ebola’s continuing spread in West Africa, except that it’s not contained.

6. Ebola will keep spreading, a doctor who runs an international vaccination center said, because if you are a wealthy West African, you will find a way to leave the region with your family and unknowingly might be infected.

On the solution side of the ledger, the U.S. military and other governments have begun to position medical teams and supplies in West Africa, according various news reports said. Those efforts have not unfolded as quickly as the virus has spread, however, which has led international health officials to predict there might be tens of thousands of deaths before it is contained.

Part of the reason why international efforts have been so slow to unfold is that hospitals in West Africa are nowhere near western standards (which have not even stopped the first cases from spreading here). In Sierra Leone and Liberia, hospital wards can be little more than cement rooms with old iron-frame beds, where patients and caregivers are crammed together with little sanitation. U.S. officials have said they need to set up systems to protect medical crews and patients, which has taken time.

In the U.S., the issue of Ebola has become politicized as the country heads into the 2014 elections. Unlike other national crises where leaders in both parties say it is important to rise above partisanship, Republicans have attacked the Obama administration for its response to the crisis. On Thursday, Republicans called on CDC director Thomas Frieden to resign.

To its credit, the CDC has not been shy about admitting mistakes, such as allowing the Texas nurse to take a commercial flight, or with issuing updated guidelines for healthcare workers, as it did on Tuesday. The CDC also has had nationwide conference calls for hospital staffs telling them about these developments, has told physicians it will seek to designate regional hospitals for victims, and continues to try to tell the public how the virus is and isn’t spread.

Earlier this week, there was so much interest in one of its conference calls for physicians that some doctors could not get through to listen. That’s both a good and a bad sign: good in that most hospitals know that their facilities are not ready for Ebola patients, and bad in that preparations are still being made as National Nurses United’s McEwen said, “on the fly.”