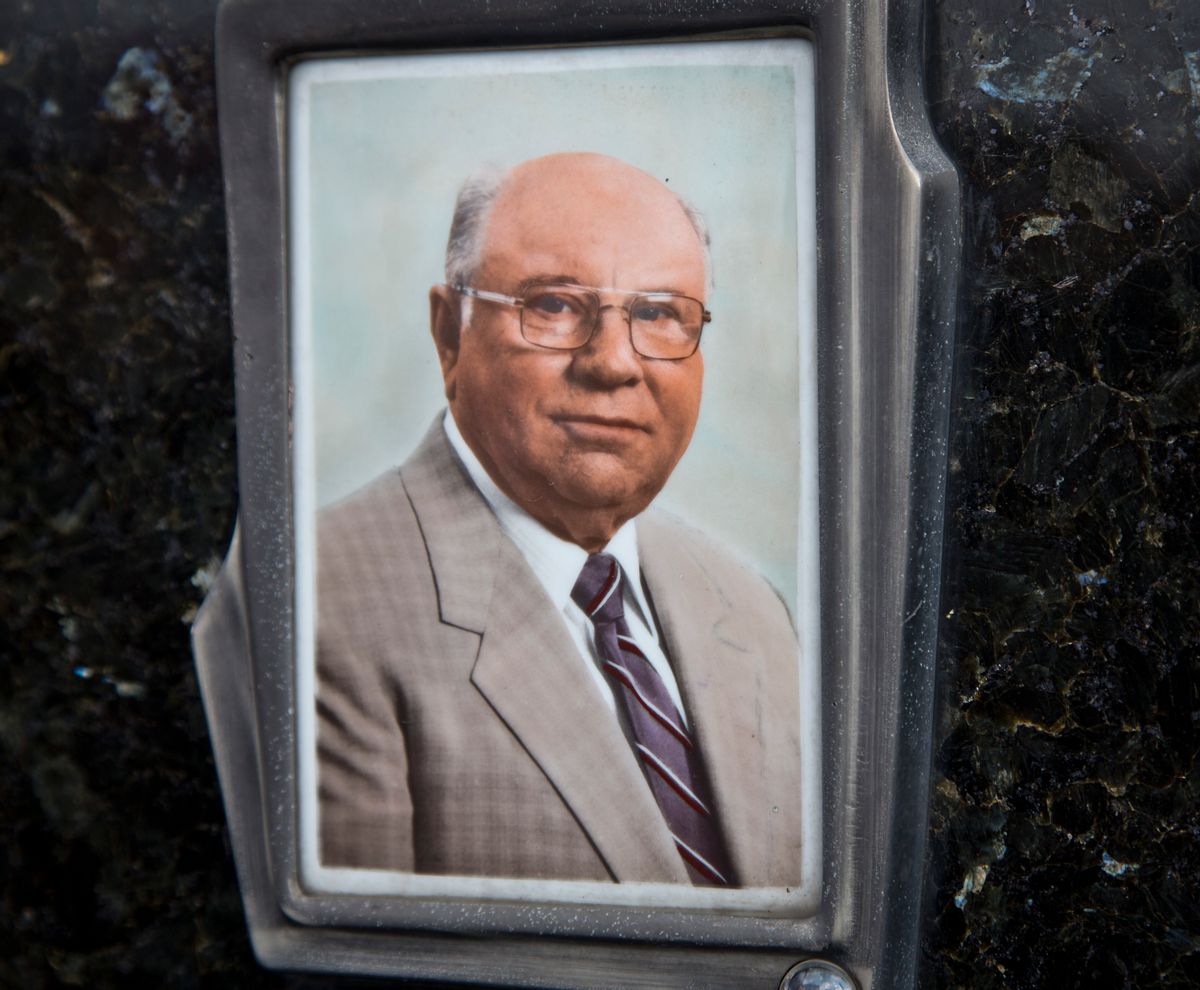 This July 28, 2014, photo shows Jakob Denzinger's portrait on the tombstone of his empty grave in Cepin eastern Croatia. Denzinger is among dozens of death camp guards and suspected Nazi war criminals who collected millions of dollars in Social Security payments despite being forced out of the United States according to an Associated Press investigation. (AP Photo/Darko Bandic) (AP)
--

The payments flowed through a loophole that has given the U.S. Justice Department leverage to persuade Nazi suspects to leave the country and keep the benefits, according to AP interviews and internal government records. NAZI-SOCIAL SECURITY

The White House is making sure Obama's schedule is flexible to enable him to maneuver the rapidly changing public health crisis. OBAMA

Urgent care facilities say they are unequipped to deal with the deadly disease. EBOLA-URGENT CARE

The Pentagon says C-130 planes dropped arms to Syrian Kurds in and near Kobani to enable them to continue their resistance to Islamic State assaults. UNITED STATES-ISLAMIC STATE

Recent overseas trips and a published memoir may mean the New York governor is eyeing a presidential run. CUOMO'S FUTURE

The territory's chief executive says foreign entities are taking part in the pro-democracy protests that have shaken up the business hub for three weeks. HONG KONG-DEMOCRACY PROTEST

Forensic tests were needed to confirm whether the remains match the 18-year-old Hannah Graham, missing since Sept. 13. MISSING UVA STUDENT

8. 'IT LOOKS LIKE WE'VE DODGED A BULLET YET AGAIN'

That's Honolulu Mayor Kirk Caldwell's reaction to a near miss by Hurricane Ana, now on track to pass Hawaii without doing much damage. TROPICAL WEATHER-HAWAII

9. WHERE THE SEARCH FOR SURVIVORS IS ENDING

Nepal is calling off a rescue operation on a popular trekking route where 38 people died in a series of blizzards and avalanches. NEPAL-AVALANCHE

Cowboys' DeMarco Murray is the first running back in NFL history to start a season with seven straight 100-yard games. GIANTS-COWBOYS-FOLO