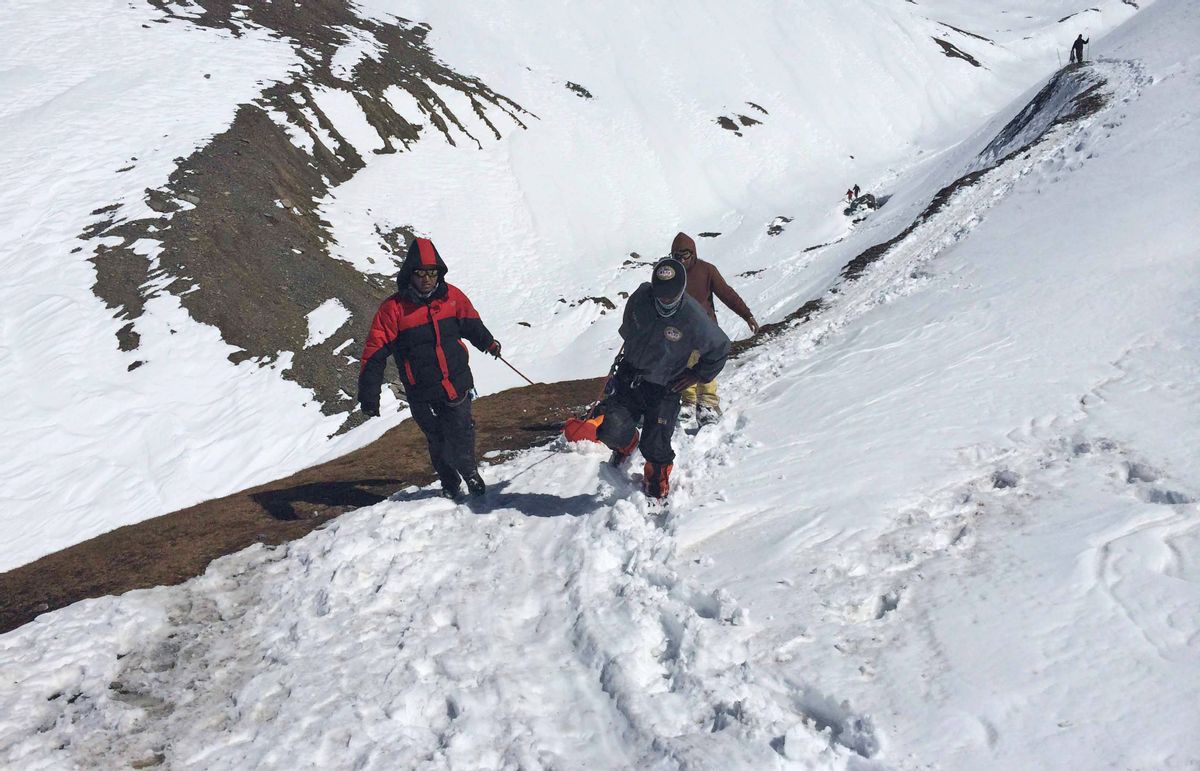 In this Friday, Oct. 17, 2014, handout photo provided by the Nepalese army, rescue team members carry the body of an avalanche victim at Thorong La pass area in Nepal. Rescuers widened their search Friday for trekkers stranded since a series of blizzards and avalanches battered the Himalayas in northern Nepal early this week, leaving at least 29 foreigners and locals dead, officials said. (AP Photo/Nepalese Army) (AP)
--

At least 38 people were killed in a series of snowstorms and avalanches in Nepal's worst hiking disaster. Search teams in army helicopters rescued dozens of foreigners who were stranded along the popular Annapurna trekking route.

Riot police advanced on a protest encampment in the Mong Kok district of Hong Kong, using pepper spray and batons to hold back defiant pro-democracy activists who returned to a protest zone that officers had partially cleared.

Sri Lanka's once-popular train linking the ethnic Tamils' northern heartland to the rest of the island nation arrived in Jaffna, 24 years after its suspension due to the country's civil war.

After vanishing from the public eye for nearly six weeks, North Korean leader Kim Jong Un was seen again, ending rumors that he was gravely ill, deposed or worse. But a new mystery emerged: Why the cane?

India unveiled a government program that will eventually measure air quality across the country, home to some of the most polluted cities in the world.

Japanese Prime Minister Shinzo Abe sent religious offerings to a Tokyo shrine honoring war dead including convicted wartime leaders, as dozens of lawmakers prayed at the site in a ceremony that drew a rebuke from China.

The 34th Beijing International Marathon went ahead despite heavy pollution blanketing the city, with face masks and sponges among the equipment used by competitors to battle the smog.