RIP "mansplaining": The Internet ruined one of our most useful terms

At this point, the term is actually inflaming the online gender wars instead of clarifying them 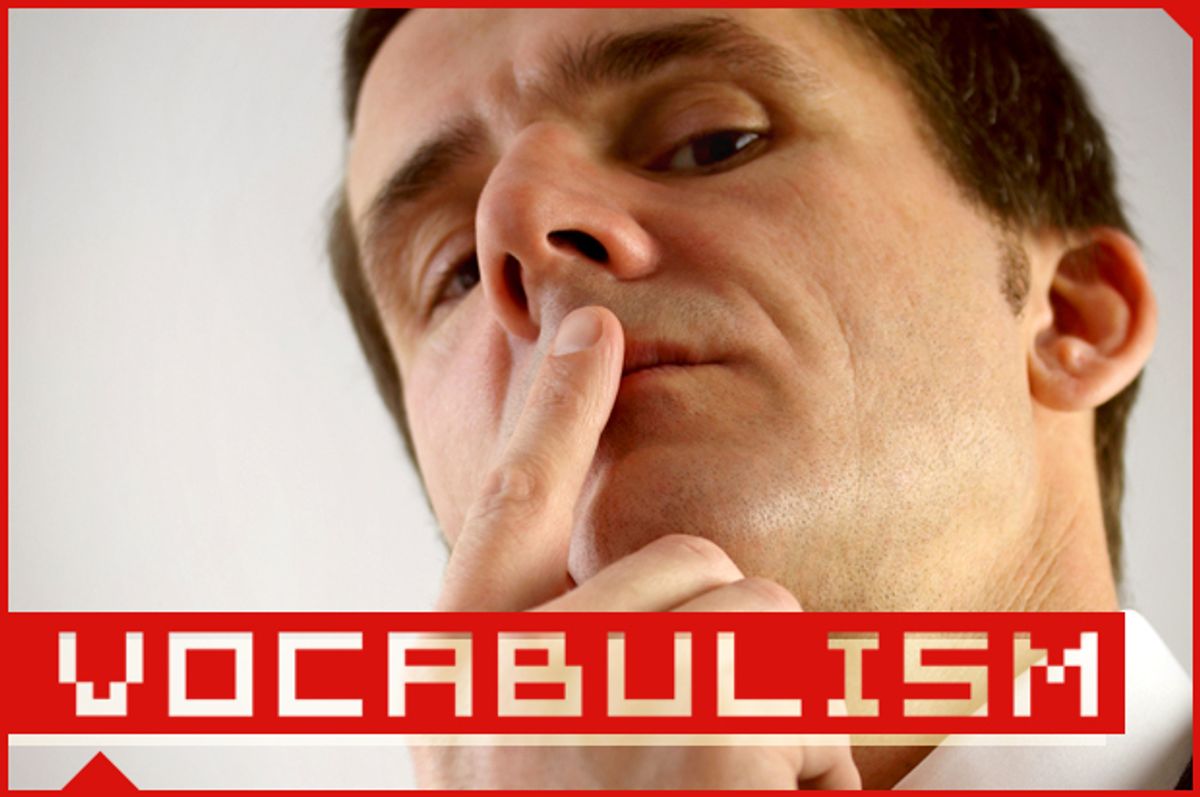 "Vocabulism" is a Salon series about how the internet is killing the English language, one word at a time.

The Internet has a long and well-established history of sapping the meaning from once-colorful vernacular. The verb “to troll,” for example, initially meant “to provoke someone online purely for amusement’s sake”; now it means “to write anything that can possibly be taken the wrong way.” “Amazing” once meant “incredible” -- now it’s a filler adjective to insert before “John Oliver clip.” And the word “mansplain” -- a useful neologism with a proud history, whose definition was once clear as a window pane -- has increasingly come to mean “men saying things to, or about, women.”

The word “mansplain” can been traced to Rebecca Solnit, a writer whose 2008 essay “Men Explain Things to Me” laid out the mansplaining fundamentals (though the actual term only began croppping up on feminist blogs months later). In its early incarnation, it had a straightforward definition: when a man condescendingly lectures a woman on the basics of a topic about which he knows very little, under the mistaken assumption that she knows even less.  In the piece, Solnit describes attending a party at which an oblivious male, “eyes fixed on the fuzzy far horizon of his own authority,” patronizingly attempts to tell her all about a new book on the photographer Eadweard Muybridge, which it turns out Solnit actually wrote. This all-too-typical experience of being unthinkingly talked down to, she writes, “trains [women] in self-doubt and self-limitation just as it exercises men's unsupported overconfidence.”

Solnit’s experience struck a chord -- talk to pretty much any woman, and she’ll tell you that the phenomenon she describes is very real -- and “mansplaining” gradually made the leap from the far reaches of the Internet to the culture at large. By 2012, the word had become a fixture of Web commentary. GQ painted a certain presidential nominee as a “Mittsplainer”;  Jezebel published “5 Tips for the Mansplainers in Your Life;” a blog, Academic Men Explain Things to Me (since discontinued), tracked ivory-tower offenses; the word made the New York Times “words of the year” list. The mansplaining momentum (mansplainmentum?) has only strengthened since then. This year, mansplaining received the slightly dubious honor (with highly suspect company to the tune of “amazeballs”) of being inducted into the Oxford Dictionary’s online database.

But along the way, mansplaining has morphed from a useful descriptor of a real problem in contemporary gender dynamics to an increasingly vague catchall expression that seems to be inflaming the Internet gender wars more than clarifying them.

In April, Melissa Harris-Perry accused Jay Carney, in his response to a question from Ed Henry of Fox News, of “mansplaining” why women earn less than men at the White House. But Carney was merely giving a fairly straightforward answer to a badly premised question from a right-wing outlet. Yes, he was a man explaining something. But “delivering an unsatisfactory response to a question involving gender inequality” does not a mansplain make.

Then there are the instances when the “mansplain” label actually diminishes a bigger problem. This summer, ESPN shouter Stephen A. Smith made some terribly stupid comments about the Ray Rice assault, implying that women should shoulder some of the blame for their own abuse. After fellow anchor Michelle Beadle responded with appropriate disgust, Smith dug himself into an even deeper hole with a series of rambling tweets that attempted to justify his comments. New York magazine labeled this “mansplaining.” But Smith’s response wasn’t so much an example of smug, petty condescension; it was more a matter of flat-out ignorance about the scourge of domestic violence.

Politics is particularly fertile territory for mansplain misdiagnoses. Given the far right’s archaic views on abortion, gay rights and a host of other issues, it’s tempting to apply the mansplainer moniker to every mook running for Congress. For instance, was Todd Akin “mansplaining” when he laid out his now-infamous theory of “legitimate rape”? Or was he just spouting incoherent nonsense? In a way, calling people like Akin mansplainers lets them off too easy. The offensive thing isn’t his explanation of legitimate rape; the offensive thing is that he thinks legitimate rape exists at all.

Twitter is where words go to be beaten into submission, and if you search for “mansplaining” at any given time you’ll be treated to a parade of conflicting usages:

Can men mansplain to other men? Should men ever attempt to say anything at all about women’s experiences? If a man mansplains in the forest, do the trees roll their eyes?

Perhaps the word’s goofy clunkiness is part of the problem. “Mansplain” is not the most graceful coinage -- Alexandra Petri at the Washington Post recently called it a “horrible chimera with the head of a goat and the tail of a serpent and wings” -- and the ridiculousness of its construction makes it into a kind of insta-punch line, something people want to say just for the sake of saying it.

It is, of course, a sad fact that simply being a woman with opinions on the Internet is an invitation for indignities far worse than condescension; harassment and vile threats seem sewn into the very fabric of women’s online experience. Every few days, another story emerges (right now it’s “gamergate”) confirming once again that the dregs of humanity get a large portion of their kicks spewing cartoonish misogyny online. Against that backdrop, a little fun at the expense of the patriarchy seems pretty harmless.

But I think the core issue is that any word whose etymology encompasses half of all humanity is begging, by nature, to be misappropriated. It’s far easier to tar someone with a charged, one-size-fits-all putdown than to engage with the point they’re trying to make. Am I mansplaining mansplaining? At this point, I don’t even know.