Ice melt is rerouting the animals straight through town 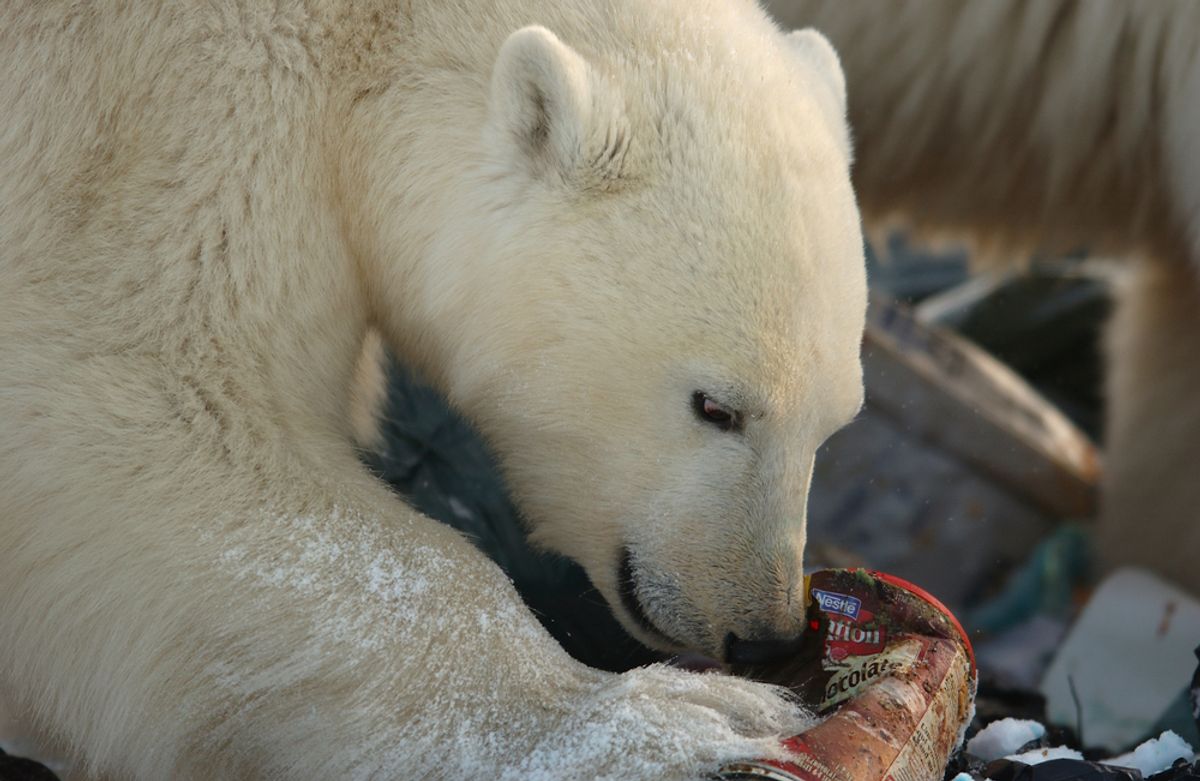 If you want an obvious, undeniable example of the ways in which climate change is already affecting our planet, look to the Arctic, which is heating up at double the rate of lower latitudes. One illustration of that phenomenon -- 35,000 walruses huddled on an Alaskan beach because they have nowhere else to go -- is terrifying because of the powerful message it sends about the dramatic, real-time changes happening as a result of our planet's warming. In the Canadian hamlet of Arviat, the message is more than symbolically terrifying: thanks to the decline of shore ice, migrating polar bears are being rerouted straight through town.

As a precaution, town officials are banning outdoor trick-or-treating this year. Which means that "Halloween canceled on account of climate change" is a real thing we can now say is happening.  (And in another northern town, "Don't dress up as seals" counts as vital public safety advice.)

October is polar bear season in Arviat, with up to 1,200 of the endangered animals passing by on their way north. Ice along the Hudson Bay, over which they travel, has been melting earlier and freezing later each year, making it impossible for the bears to wander as far out onto the Bay -- where they go to hunt seals -- as they used to. So they're probably not thrilled about this either.

And while there haven't been any fatal encounters with Arviat residents yet, some believe it's only a matter of time before human-bear tensions result in disaster. "Picture 1,200 kids going door to door in Arviat in the middle of polar bear season," Steve England, the town’s senior administrative officer, told the CBC. "It's a pretty obvious conclusion of what tragedies could come out of that. We're just trying to safeguard the younger population by offering an alternative."

To the town's credit, they're doing their best to ensure that Halloween isn't completely ruined. They plan to bus kids to city hall, where there will be a haunted house, face painting and lots of candy. If all goes well, England thinks the indoor party could become a town tradition -- as warming continues, it's not like they're going to have a choice.