Chris Kluwe: "I hope you all, every #Gamergater, picks up a debilitating case of genital warts"

#Gamergaters get the takedown they deserve 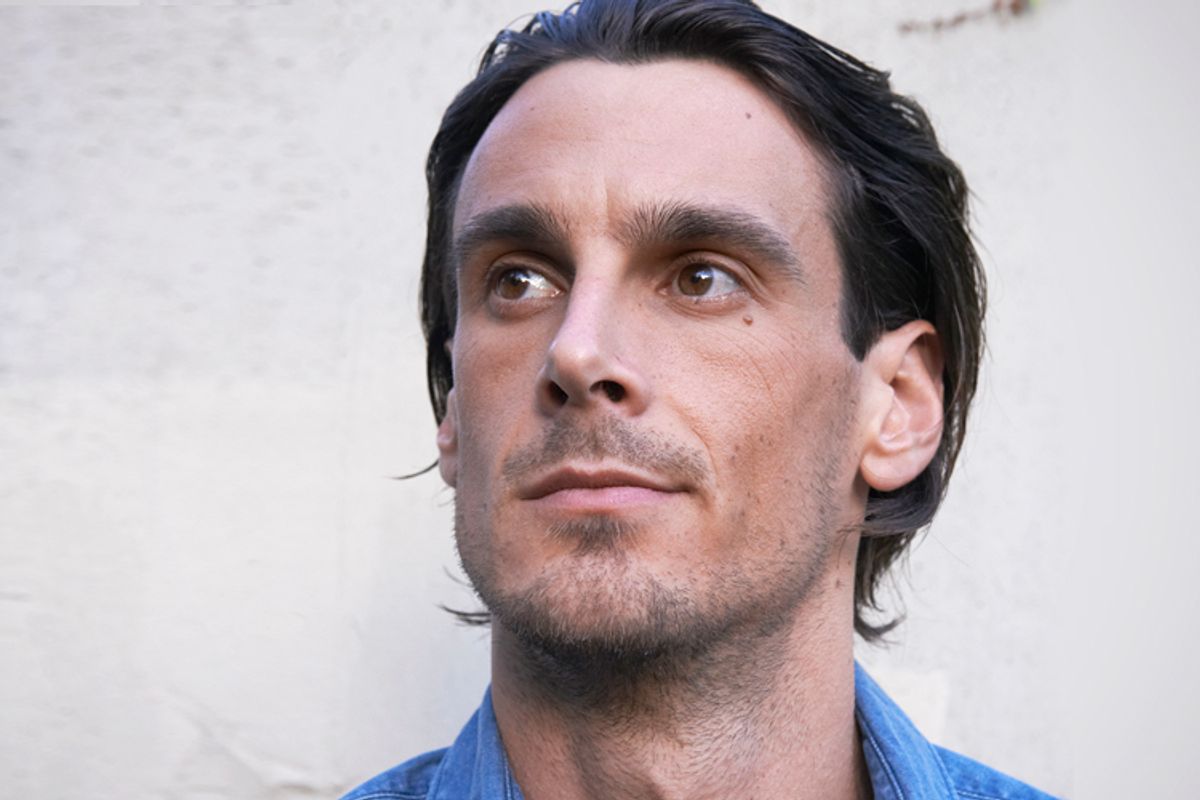 Chris Kluwe, former punter for the Minnesota Vikings and outspoken cultural critic, wrote a scathing takedown of #Gamergate and the gamers involved. (I'd personally love to carefully curate each creative insult, hilarious alliteration and blistering description.)

First, what is #Gamergate? Kluwe has one of the better, more succinct descriptions of this "scandal" in the gaming community. Among other things, #Gamgergate has revealed a simmering cesspool of misogyny and anger, which has resulted in death threats made against female developers and cultural critics like Anita Sarkeesian. Kluwe describes:

"#Gamergate, for those unaware, is what happened a bit over a month ago, where an angry neckbeard posted demonstrably false allegations about his ex-girlfriend, claiming she slept with video game site reviewers for better scores for her games (again, demonstrably false), and then a whole bunch of other angry neckbeards on the Internet went full Denis Dyack and spitfrothed themselves into national attention by making an array of threats on numerous female game developers, including ones about their death, tried to hide behind a shield of 'it’s about journalistic ethics because they said gamers are dead,' and generally proved why the Internet needs to be burned to the ground and the ashes salted. If you’re curious about the details, here’s a good background link."

With the inflammatory speech, this is the exact takedown the entire #Gamergate community deserves. However, looking beyond the spectacular insults, Kluwe makes some excellent points about the entire issue.

Kluwe isn't very fond of the #Gamergaters, whom he describes as "a blithering collection of wannabe Wikipedia philosophers, drunk on your own buzzwords, incapable of forming an original thought." Kluwe takes issue with them because he is a gamer.

"I’ve been made fun of by the jocks, even when I was on the football team," Kluwe writes. "Gaming is part of who I am, I can promise you that."

And Kluwe dislikes all the misogyny and name calling and "tantrum throwing" because he is glad that "gamers are dead":

"Thus, when I see an article titled “Gamers are dead,” referring to the death of the popular trope of a pasty young man in a dimly lit room, it fills me with joy, because it means WE FUCKING WON. So many people are playing games now that they are popular culture. They are not going away. All sorts of cool things, that I like, are now things that a whole bunch of other people like! There’s enough space now for people to make games that are strange and disturbing and maybe highlight a different perspective of the world, because gaming is no longer a niche activity, it’s something that everybody does. There is room for art in video games. That’s awesome!

"You slopebrowed weaseldicks with zero reading comprehension and even less critical thinking skills who think an article claiming 'Gamers are dead' is something bad? Fuck me sideways with a sandblaster."

Point taken. Kluwe also tears down the knee-jerk, terrifying misogynistic component that has come to define #Gamergate, which he describes as such:

b) Being stupid enough to get sucked in by people busy making misogynistic threats against a wide variety of female game developers and critics, and supporting their idiotic crusade for the dumbing down of everyone everywhere ever."

Beyond the fact that treating other humans this way is terrible, Kluwe does not want gamers associated with death threats, which forced founder of Feminist Frequency Anita Sarkeesian to cancel an event at Utah State University, or with incessant harassment of female developers.

"When people think of 'gamers,' I want them to think of Child’s Play, and athletes who play competitive League of Legends, and all the normalization we’ve accomplished over the years," Kluwe states.

The biggest threat to #Gamergaters, according to Kluwe? Themselves.

"You, #Gamergaters, with your bilious Internet rage, you think you’re speaking for some core demographic, some historic legacy, but you’re not. You’re speaking for a lie trapped inside your mind; a lie that one somehow has to be “hardcore” in order to appreciate games; a lie formed by social ineptitude and too much time spent picturing yourself as the only creature that matters in the universe. A lie about male power and privilege, and how dare those women try to ruin your fun? (No matter whose expense you’re having it at). The lie you tell yourselves is one completely incapable of recognizing just how far society has come — that equality is important, and that the tech industry has been misogynistic for a very long time, and that we need to change that, and we’re in the process of doing so, despite the mouthvomits you like to pretend are logical trains of thought."

In terms of ethics in gaming journalism Kluwe makes this point:

"In fact, #Gamergaters, if your concern really was ethics, the very first thing you would be saying about this whole mess is, 'Holy shit, get these fucking misogynistic creeps away from us. Let’s find a different hashtag to assemble under RIGHT FUCKING NOW.' You’d be doing everything in your power to make sure the legitimate cause you’re concerned about wasn’t hijacked or used as a shield by those with no other agenda than to make women and minorities afraid, simply because they can. You wouldn’t defend the oppression of someone simply based on their gender (because let’s be real honest here, I haven’t seen a single #Gamergater go after Activision, or Ubisoft, or Rockstar), and you definitely wouldn’t concoct ever-more wild conspiracy theories to support your increasingly flawed view of reality."

"I’ve spent too long as a gamer, seen too much progress made, to let you tarnish that name," Kluwe concludes. "I hope you all, every #Gamergater, picks up a debilitating case of genital warts. The rest of you — find a different hashtag."