Confessions of an obsessive fan: Billy Joel and the "horror" of modern celebrity 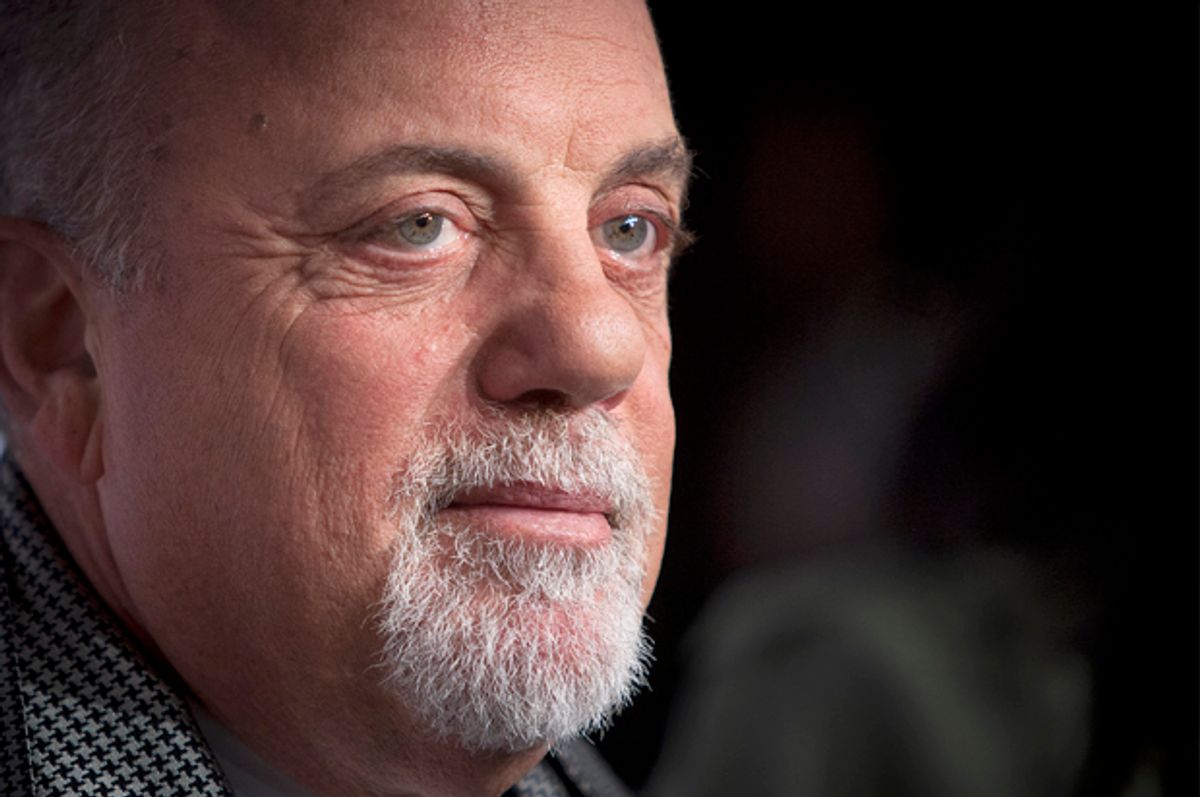 In this week's  New Yorker, Billy Joel opens up about his reluctance to write more music -- due to what he describes as the “horror" of modern celebrity.

“Everybody interrogating, analyzing -- everything I wrote was fraught with meanings -- and I said: ‘Wait a minute, I don’t want to rip myself open and let everyone see everything. It was no longer comfortable. Enough! I gave you enough!’"

This is something I wish I'd known a few decades ago. I was in middle school when I first saw Billy Joel play Madison Square Garden. His music had narrated much of my childhood: “Movin’ Out.” “Big Shot.” “Just the Way You Are.” “Scenes From an Italian Restaurant.” All of it on repeat on my mother’s eight-track.  I was 10 when “Glass Houses” came out, and on that record he obsessed over Leyna, a woman who left him “washed up on the sand, barely alive,” which taught me everything I needed to know about stalking.

And then, when I was 15, I had a Billy Joel run-in. I was in London on a family trip and Joel and Christie Brinkley were staying at our hotel. I had so many questions! But when I approached him that day in London, Billy was cranky; I was clearly  irrelevant. Just another pimple-faced fan. He shooed me away, not unreasonably.

I have a history of fangirling at musicians. Though I stopped trying to approach them on the street while they were talking to people, I attempted other forms of correspondence. I wrote letters to Eddie Vedder in the early '90s because, yes, I was one of those Roberta Flack-like girls who thought he was singing “Black” to me, and me alone. Eddie Vedder also talked about his early struggle with celebrity back then, detailing his sensitive-dude feelings in the Pearl Jam song “Corduroy.” The song, he told the L.A. Times in 1994, was about “one person's relationship with a million people. In fact, that song's almost a little too obvious for me. That's why instead of a lyric sheet we put in an X-ray of my teeth from last January and they are all in very bad shape, which was analogous to my head at the time.” Celebrity messed him up for a while too, Eddie was saying; he’s since embraced the fans -- but with boundaries.

I know I'm not alone; many fans have, in their heads, a creepily intimate relationship with musicians. Artists who write raw, honest lyrics about their own lives tend to provoke the most obsessive fans. Lauryn Hill with “I Used to Love Him.” Eminem with “Not Afraid.” Taylor Swift pens anthem after anthem about her love life. But then she takes issue with people commenting about it. I can imagine 15-year-old me being very confused.

Clearly musicians construct a self when they write music that's partly drawn from their inner life and partly a projection. But it's hard to blame fans -- particularly the young, impressionable ones -- for conflating the two personas. I've long thought “Captain Jack” might be his best song, because it's dark and moody and tells the story of a depressed soul that we can all occasionally relate to. “Saturday night and you’re still hanging around. Tired of living in your one horse town. You’d like to find a little hole in the ground … for a while.” But it turns out that Billy, on the the other hand, hates that song. “Dreary, dreary, dreary,” he told the New Yorker. “It just goes on and on. I’m sick of the thing. It didn’t age well."