Hannibal Buress on bit about Bill Cosby rape allegations: "It's just information that's out there"

"It wasn't my intention to make it part of a big discussion. It was just something I was doing at that venue" 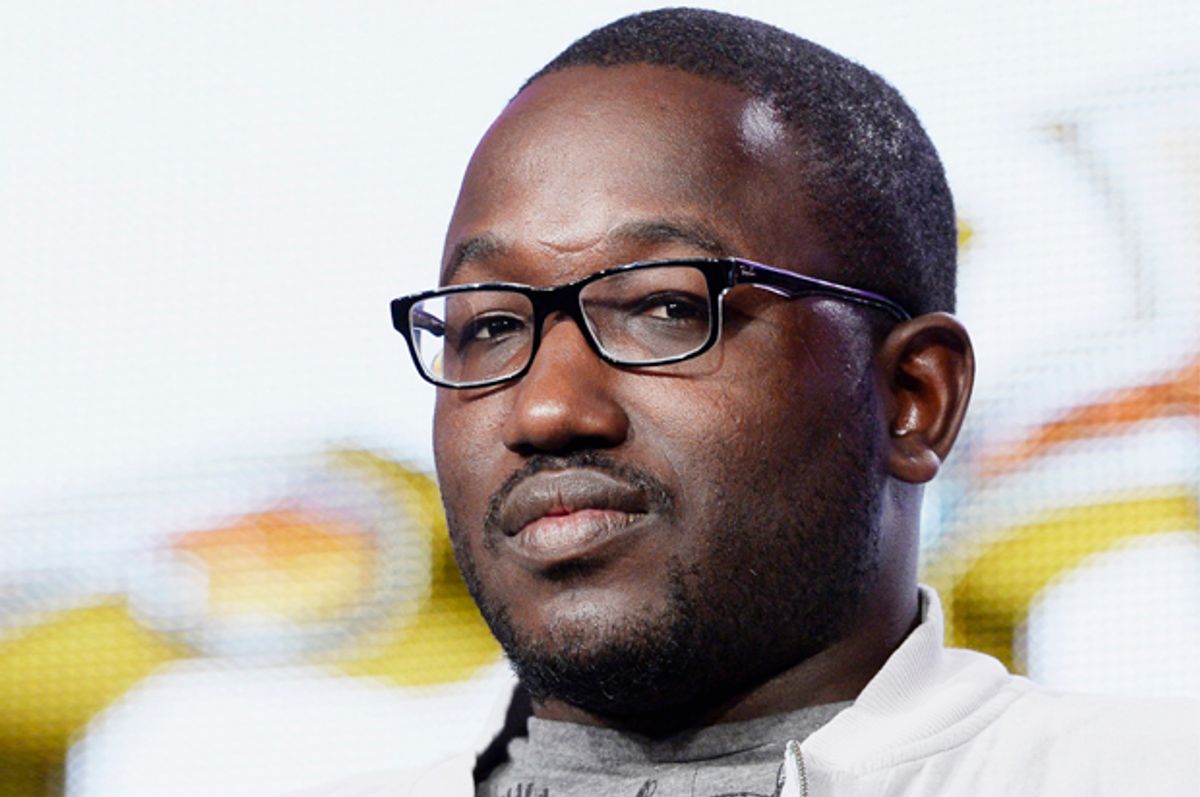 Earlier this week, during a set in Philadelphia, comedian Hannibal Buress addressed long-standing allegations that Bill Cosby raped more than a dozen women in a bit about the "Cosby Show" actor. "It’s even worse because Bill Cosby has the fuckin’ smuggest old black man persona that I hate,” Buress said. “He gets on TV, ‘Pull your pants up, black people, I was on TV in the '80s! I can talk down to you because I had a successful sitcom!’ Yeah, but you rape women, Bill Cosby, so turn the crazy down a couple notches.”

Later in the set, Buress said, "I guess I want to just at least make it weird for you to watch 'Cosby Show' reruns. [...] I've done this bit on stage and people think I'm making it up ... when you leave here, google 'Bill Cosby rape.' That shit has more results than 'Hannibal Buress.'"

The joke went viral and reignited conversation about Cosby's beloved cultural status despite multiple highly specific and consistent accounts from women who say that he drugged and sexually assaulted them. One of those women, Barbara Bowman, told Newsweek earlier this year:

I was assaulted a number of times from age 18 to 19. Cosby would warn me before out-of-town trips, "You aren't going to fight me this time, are you?"

The first time I was drugged for sure was in New York, when he invited me to dinner at his apartment. There was a chef, a butler; we had dinner, it was all fine. I had one glass of wine and then I blacked out. I woke up throwing up in the toilet, and he was standing over me, pulling my hair out of my face. I was wearing a white t-shirt that wasn’t mine, and he was in a white robe.

Cosby has never publicly responded to the women who have shared similar stories of abuse.

Buress addressed the response to his joke, which he said surprised him, during a Tuesday segment of "The Howard Stern Show." "It was unexpected," Buress said. "It wasn't my intention to make it part of a big discussion. It was just something I was doing at that venue, right there.

"It's just information that's out there," Buress continued. "I said it and I gotta stand on it, but it is an interesting situation."