"I cannot continue to live and work like this": How Wal-Mart drove me to shut down Park Avenue

Despite having a job, I forgo electricity in the summer. My car was repossessed. My day-to-day life would shock you 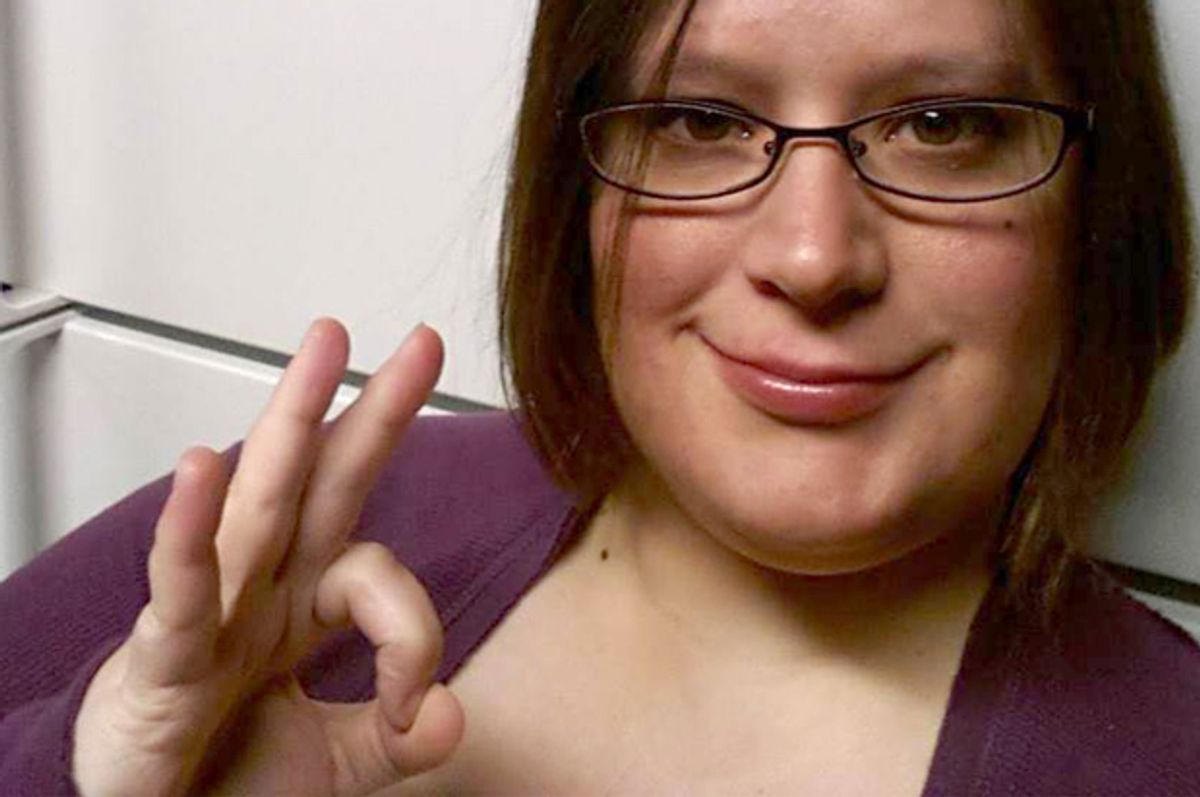 I'm a worker at Wal-Mart, and last week risked arrest because I cannot continue to live and work like this at America’s largest employer. In fact, I actually was arrested in New York City last week outside of Alice Walton’s luxury penthouse apartment. In protests that shut down Park Avenue in Manhattan and the intersection of 18th and K streets in D.C. yesterday, 41 other Wal-Mart workers and our supporters took our calls for change directly to the people who own Wal-Mart – the Waltons.

Here's my story. I was recently promoted to be a customer service manager at my store in Apple Valley, Minnesota. But even with that promotion, I’m paid only $10.10 an hour – about $322 a week. I’m pretty frugal, but still, I am constantly deciding which bill isn’t absolutely necessary so I can pay rent.

In the summer, I forgo electricity. Other months, it’s my cellphone bill. For a few months this year, it was car payments.

I thought that I was making the juggle work. Then, in August, my car was repossessed. It has been both devastating and humiliating. In Minnesota, it’s hard to do anything to get ahead without a car. I need to take public transportation for three hours each day so I can get to work, and I don’t have a way to visit my family or friends.

That’s my life – and the life of hundreds of thousands of workers like me who make less than $25,000 a year at the country’s largest employer: no electricity, no phone and no car.

One week, after I paid rent, I only had $6 leftover for groceries and bills. That is no way to live. Now, I’m looking for a third roommate in my small two-bedroom apartment to try to stretch paychecks.

That’s why Wal-Mart workers and OUR Walmart members launched a petition for Wal-Mart to publicly commit to pay associates $15 an hour and have full-time, consistent hours. To date, workers from 1,710 stores have signed the petition.

We shouldn’t have to live and work like this when we work for the largest employer in the country, with $16 billion in profits and run by the richest family in the country.

Earlier this week, Wal-Mart CEO Doug McMillon made headlines when he indicated that Wal-Mart will increase its minimum wage, impacting about 6,000 workers, according to the company. That’s a nice gesture – but it doesn’t do nearly enough. It doesn’t do anything for workers at my store in Minnesota who make a few cents above the minimum wage and struggle to feed and clothe their families each month.

Like other workers at fast food chains, other retailers and in healthcare, we know that $15 an hour is more than a fair wage to pay us for our hard work that keeps the lights on, helps customers find what they need and makes Wal-Mart a profitable company. The Waltons are enjoying every luxury in life – because of our hard work. Meanwhile, many of us are forced to rely on food stamps and food banks to cover groceries. It’s not right.

In my store, we’re so understaffed that some of the cashiers put off their restroom breaks for 15 or 20 minutes because there’s no one to cover the registers. They’re under intense pressure to scan as many items as possible per hour -- it’s hard on cashiers and it hurts the customers’ experience.

This has got to change. With the support of workers from stores nationwide, we’re saying that we’re going to do whatever it takes to improves jobs at Wal-Mart. That’s why 42 of us were arrested. That’s why my co-workers blocked K Street traffic for two hours yesterday.

If I was paid $15 an hour and worked consistent, full-time hours, I could see my family. I could save up for a car and afford to put gas in it. I could plan ahead for my future and go to graduate school. I can’t do that when I’m focusing on just surviving day to day. The Waltons – with their power and wealth -- could choose to make this a reality today.