The irony of Scott Brown: How his campaign proves GOP is no national party

By using xenophobia to motivate supporters before November, GOP is acting like a faction -- not a national party 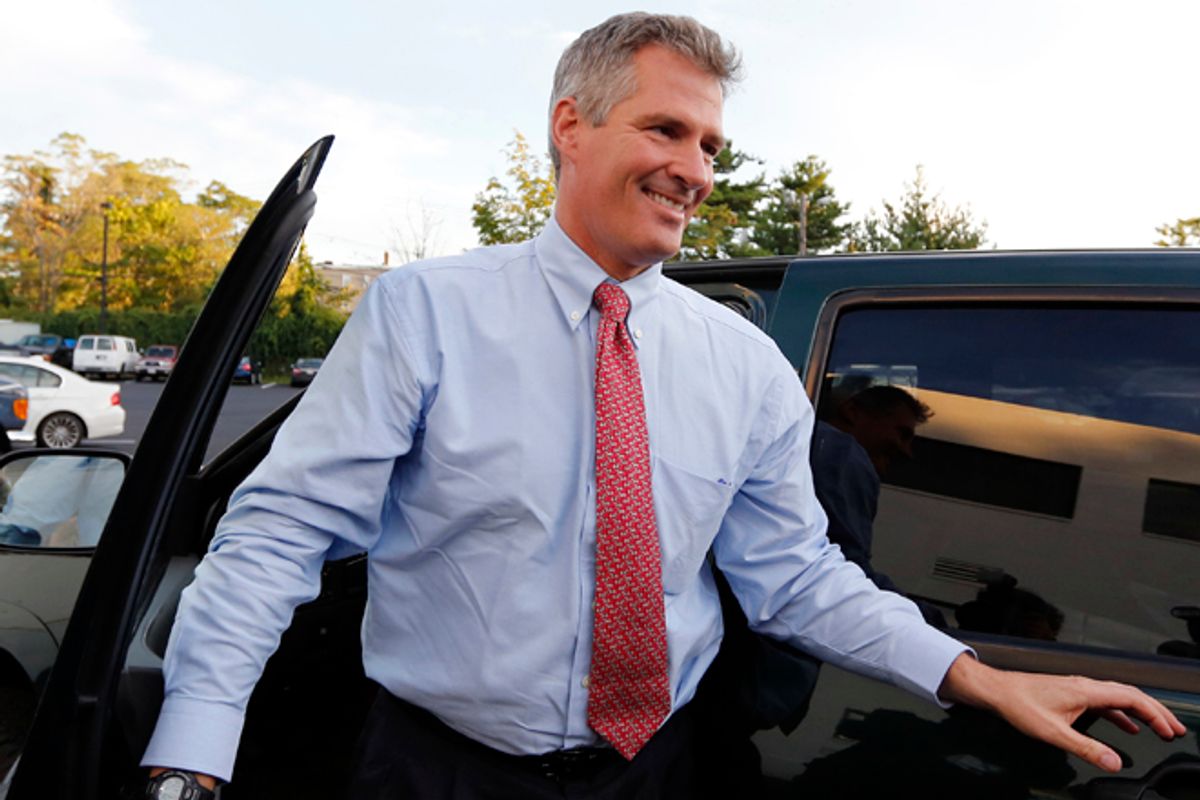 There have been plenty of contenders, Lord knows, but a recent New York Times article on how Republicans have used xenophobia to their advantage in 2014 may offer the best example yet of just how weak the Republican Party’s so-called establishment has become: Ralph Reed, the Christianist grifter who spent much of the '90s hustling with Jack Abramoff and pushing GOPers ever more to the right, is now acting as the GOP’s voice of reason.

“[T]he overwhelming desire to gain control of the Senate has…so fixated the party’s strategic brain trust that trying to get a hearing on long-term strategic issues doesn’t seem to be possible,” Reed says in the Times, bemoaning how the GOP’s midterm myopia, along with demographics and geography (the Latino portion of the electorate for this year's Senate tossup races is disproportionately small), has blinded it to the long-term perils of alienating the United States’ growing Latino vote.

Like many Republican supporters of immigration reform, including most members of the GOP establishment, Reed tries to sidestep the xenophobia issue and make his case instead in pragmatic, self-interested terms. If the party wants to be competitive in the 21st century, Reed and his fellow-travelers argue, it’ll have to appeal to at least some Latino voters. Allowing immigration reform to pass the GOP-controlled House is not about helping them (immigrants), the pro-reform wing claims, it’s about saving us (Republicans).

Keeping in mind how limiting was the choice to ignore the Tea Party’s xenophobia, the establishment’s argument is pretty decent. But as it should have learned after its failed 2013 rebrand attempt, the establishment strategy of citing the party’s future as reason to countenance reform in the present will always fail to persuade the Tea Party. Not because the strategy is wrong, but because it assumes, incorrectly, that Tea Partyers care if the GOP is competitive on the national level, and seek influence beyond the borders of their respective states.

In American politics, it can be hard to specify exactly how you tell the difference between a national party and one with a more parochial vision. The U.S. system has always primarily been a contest between two large, shifting coalitions; and for more than 150 years, American politics has orbited around the twin behemoths of the Democratic Party (which is arguably the oldest political party in the world) and the GOP. This means that on paper, at least, the big two are always national parties in their nature.

The historical record, however, shows things have been considerably more fluid. For much of the century separating the Civil War and the civil rights movement, for example, the so-called Solid South was a major reality of American politics, one that functioned as a blessing and a curse for the Democratic Party. The blessing was the near-guarantee that the party’s control over the region’s many de facto dictatorships would give it influence in many states and the House. The curse was that this power came at a heavy price, requiring as it did that the party defend apartheid.

Yet while it’s true that the Solid South served as the bedrock of the New Deal coalition, which dominated the presidency for a generation, it’s also true that the party’s reliance on the Solid South would at times cripple it, too. For decades after the Civil War, when Democrats were most dependent on Dixie, the GOP ruled the White House. And once the civil rights movement blew open the New Deal coalition and lost the party its Southern firewall, Democrats would win the presidential popular vote just once between 1964 and 1988.

Eventually, Democrats would recover, putting together a fresh coalition of white-collar professionals and mostly non-white members of the working class that would hand it the popular vote in five of the six presidential elections between '92 and 2012. But that shift didn't happen until after a lot of Democratic pundits and power brokers wrung their hands and argued that the party was on the verge of losing its national status, and once again confining itself to power within a regional collection of states.

That's where the GOP finds itself now, with xenophobic Tea Partyers playing the dual role of buoy/anchor that was once used to describe the Democratic Party's base. As we saw in the Democrats' example — when the party controlled the House, but rarely the presidency, during the Gilded Age and then again in the years between Bill Clinton and LBJ — the American system is constructed in such a way that a non-national party can still have enormous influence over the national government. The Republican Party has a firm lock on the House of Representatives today; but it's likely more Southern than it's ever been.

What we're left with, then, is one of the more underappreciated ironies of the 2014 campaign, one that's even more striking than Ralph Reed advocating for clear-eyed common sense: The more Republicans attempt to turn anti-immigrant sentiment into a defining issue — like Republican Scott Brown is trying in lily-white New Hampshire — and, in pundit language, "nationalize the race," the more they prove that the GOP is currently more of a faction than a national party interested in appealing to citizens of all 50 states.