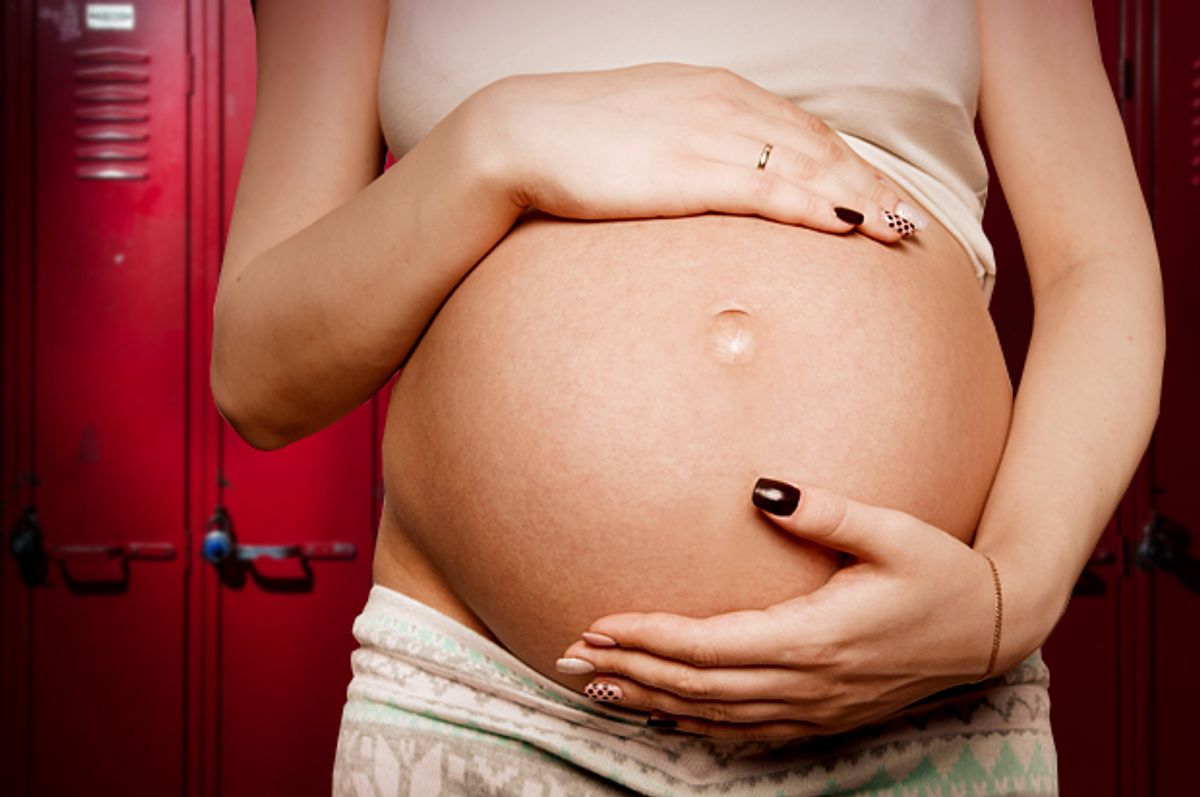 It seems that every few months we get another study showing how giving teens access to sex education and contraception dramatically reduces pregnancy and abortion rates. This is obvious stuff, but we're still resisting the policies that put birth control in the hands of the people who want and need it. But struggle as we might to talk constructively about teens and contraception, there's another crucial part of this conversation that often gets erased entirely: how to support the teens who get pregnant and choose to become parents. According to recent data, only 51 percent of women who gave birth as a teen have a high school diploma. The problem is structural, not about individual parents. And there are existing laws and policies that could address the challenges young parents face, but we aren't talking about them nearly enough.

Title IX is far more of a household name than at any time in its history, but the law -- which bans sex discrimination in federally funded education programs -- does a lot more than people might realize. In addition to the athletics and sexual assault accountability measures for which it has come to be known, Title IX also exists to ensure that students who become pregnant can continue their educations. But just as a lack of public awareness and transparency allowed colleges and universities to punt on their responsibilities to victims of sexual assault, a similar problem exists around the implementation of Title IX so that pregnant students can keep attending classes or receive necessary accommodations to stay on top of their schoolwork if they can't make it into school.

This summer provided yet another example of a school failing a pregnant student despite the requirements of federal law. Back in July, the National Women's Law Center filed a Title IX complaint on behalf of 18-year-old high school student Mikelia Seals after her school refused to provide her with homebound instruction after she put on medically necessary bed rest. According to the complaint, Washington-Wilkes Comprehensive High School also refused to excuse Seals' absences due to her pregnancy, even though it was required to do so under Title IX.

“At the very moment when schools should support pregnant students and help them stay in school, too many are backing off and either doing nothing or kicking them out of school,” Fatima Goss Graves, NWLC Vice President for Education and Employment said at the time the complaint was filed. “This is illegal behavior. It’s time that schools step up to the plate and meet their obligations under Title IX to protect pregnant students and those who are parents."

Often schools act willfully to discriminate against pregnant students, but sometimes noncompliance with Title IX is the product of a lack of awareness about what the law requires. But even as students and others fight to bring high schools into compliance, the problem often extends beyond the scope of existing law. Title IX alone isn't enough to address the needs of teens struggling to balance family, work and education. As Seth Freed Wessler from NBC News reported this week, Title IX is meant to protect student from being discriminated against because of pregnancy and childbirth-related health issues, but "those protections do not apply to absences related to a baby’s health." This gap in policy has left new parents struggling to complete their educations while attending to the needs of their new families. And while family leave policies gain momentum with the public and in Congress, teens who need the same flexibility are often left out of the equation.

“We have laws in place to protect pregnant and parenting teens,” Laura Lindberg, Ph.D., a researcher at the Guttmacher Institute, told NBC. “But the fact that the law is on the book does not mean that every student is welcome. At best, parenting teens fall through the cracks. At worst they are pushed out.”  Karina Ramirez, a student in New Mexico, was almost pushed out when she missed two weeks of high school after her son was born with medical complications. “I wanted to go back to school, but I wasn’t going to just leave my son ... [An administrator] said, ‘but that’s the baby’s problem, not yours, so we can’t give you any time off,’” she told NBC. But unlike so many other teens in her situation, Ramirez lived in a state with a law on the books to give teen parents more rights and support.

In 2013, New Mexico introduced a parental leave policy for high school students. Under the new law, students are allowed up to 10 days off after the birth of a child and an additional four days off for their baby's medical appointments or sick days to care for their child. It's the first law of its kind, and could go a long way toward ensuring young parents can finish high school. But it's an outlier. And our squeamishness about teen sexuality and quickness to stigmatize teen parents is silencing the kind of debate that's necessary to make laws like New Mexico's the norm.

Seals, like so many other students, attended a high school that failed to meet its federal obligations and lived in a state with no such parental leave protections in place. Though she lacked the support she deserved and was legally entitled to while pregnant, she said at the time the complaint was filed that her experience made her "more determined than ever" to graduate. But students need policies that match their determination and support them in their goals. Basic compliance with Title IX is a start, but it's a minimum standard. And while New Mexico's parental leave policy is still too new to determine longterm effects, students like Ramirez already report that it's working for them.

“That law changed my life,” Ramirez told NBC. She enrolled in college this year.