After months of insisting that a 2016 bid is off the table, the Massachusetts senator sounds a different note 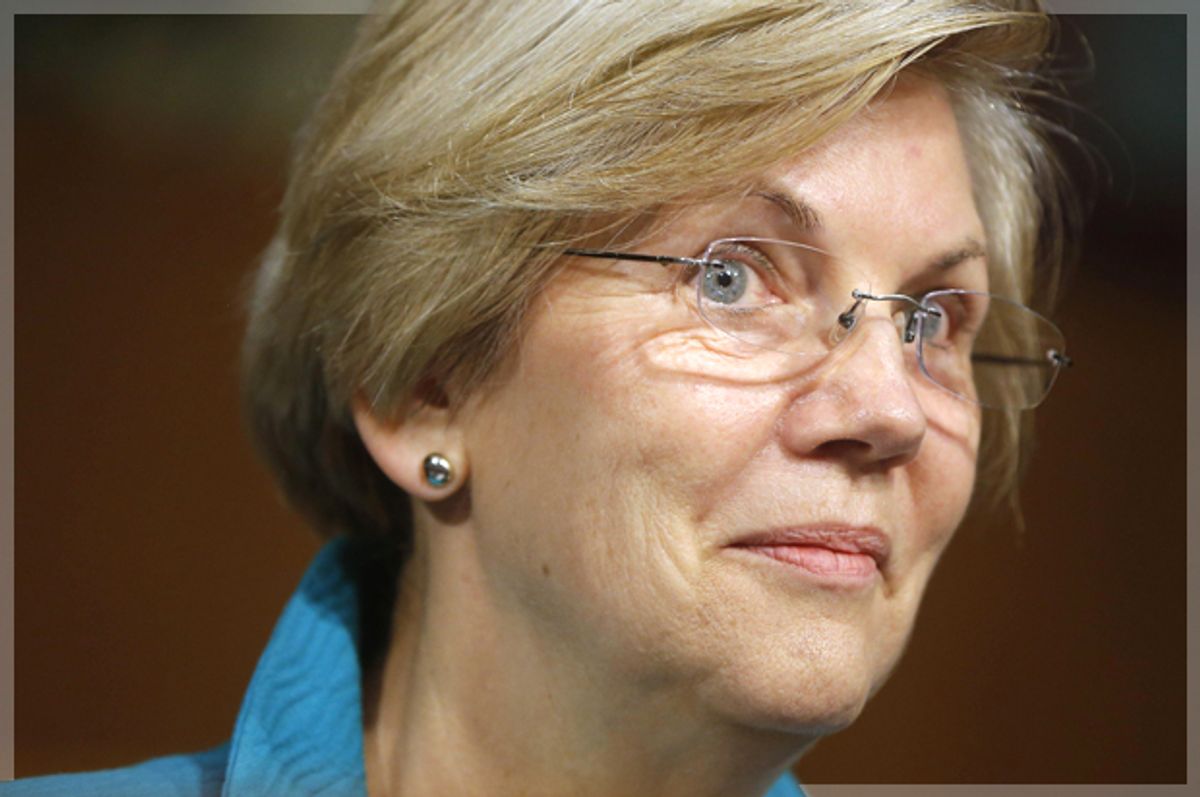 Liberal activists cheered Massachusetts Sen. Elizabeth Warren's electrifying keynote speech at Netroots Nation this summer with chants of "Run, Liz, run!" There's even a Ready for Warren super PAC, formed in July with the mission of encouraging the senator to mount a presidential bid. But the longtime thorn in the side of Wall Street has insisted that she's not running, and even took the unusual step of formally disavowing Ready for Warren in August. So Warren 2016 is off the table -- right?

Not so fast. In a new interview with People magazine -- flagged by The Nation's George Zornick -- Warren sounds a different note. Asked whether she's "on board" with a presidential campaign, Warren replies, "I don't think so." But then she adds this: "If there's any lesson I've learned in the last five years, it's don't be so sure about what lies ahead. There are amazing doors that could open."

"Right now," Warren continued, "I'm focused on figuring out what else I can do" from the U.S. Senate.

Zornick notes that this is "more ambiguous than she's ever been on the subject," and while the senator stopped well short of signaling plans to proceed with a campaign, her comments certainly won't do anything to squelch speculation.

Like Hillary Rodham Clinton -- another potential White House contender -- Warren has been hitting the midterm campaign trail as the 2014 elections approach, firing audiences up with her message of economic populism. By this weekend, Warren's midterm stops have included Iowa and New Hampshire -- two states she had previously been reluctant to visit for fear that setting foot in the states would set off 2016 chatter.

If Warren opts to run, don't expect the senator to sell herself as an extension of the Obama administration. Speaking with Salon's Thomas Frank last week, Warren unloaded on the administration, saying that its policies "protected Wall Street. Not families who were losing their homes. Not people who lost their jobs. And it happened over and over and over."