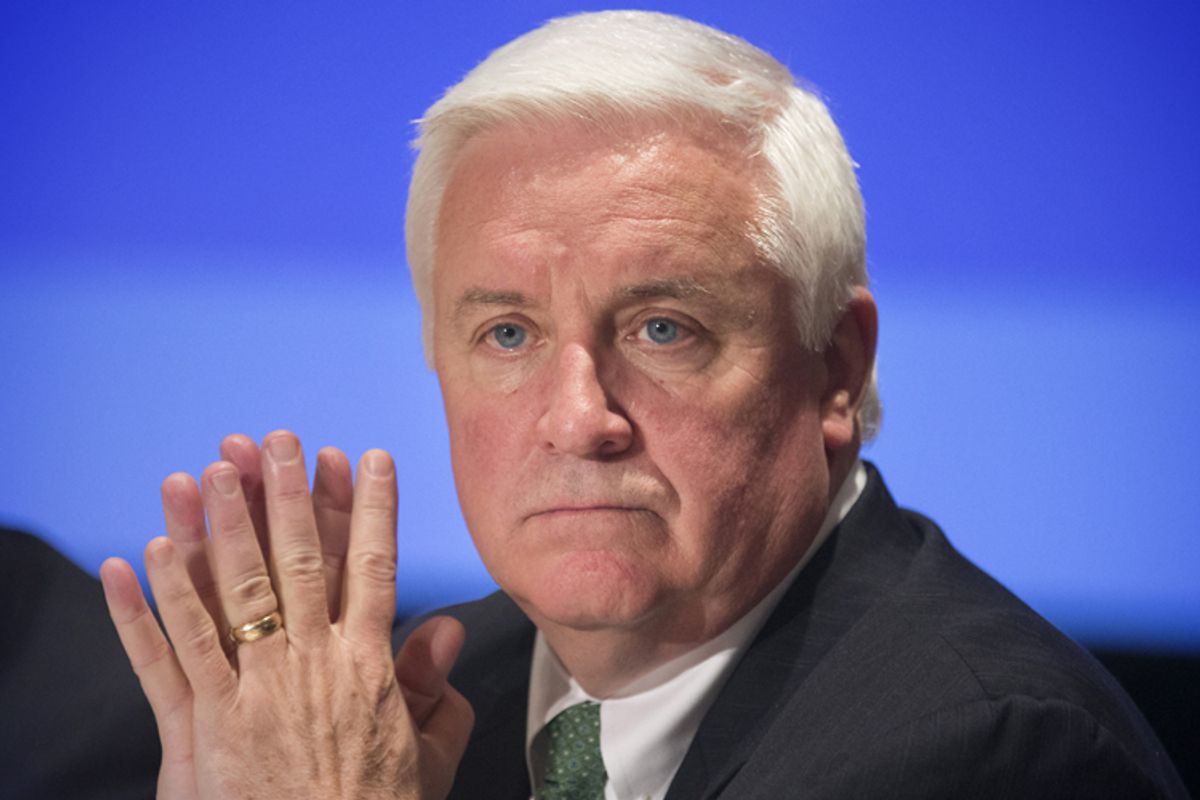 Corbett, a Republican, signed the Revictimization Relief Act in Philadelphia, near the site of police officer Daniel Faulkner's fatal 1981 shooting. Maureen Faulkner, the officer's widow, was on hand  for the signing ceremony. The bill has been dubbed the "Mumia bill" after Mumia Abu-Jamal, who was convicted of first-degree murder in Faulkner's killing and sentenced to death in 1982. (In 2011, Abu-Jamal's sentence was commuted to life in prison without parole.) Abu-Jamal, a Black Nationalist activist before Faulkner's killing, became a cause célèbre for activists around the world, who raised questions about racial bias in his prosecution and highlighted alleged prosecutorial misconduct.

Abu-Jamal reentered the news earlier this month when he delivered a recorded commencement address for Vermont's Goddard College. The address triggered fierce criticism, and the Pennsylvania Senate quickly passed the Revictimization Relief Act in response.

Under the new law, victims may ask a judge to issue an injunction against "conduct which perpetuates the continuing effect of the crime on the victim."

"Essentially, any action by an inmate or former offender that could cause 'mental anguish' could be banned by a judge," Shuford said. "That can't pass constitutional muster under the First Amendment."

The carefully choreographed signing ceremony Tuesday came as Corbett finds himself struggling to save his political career, and one protester called his signing of the bill a "Hail Mary pass." Facing voter anger over cuts in education funding and his mishandling of the Penn State football sex abuse scandal during his time as attorney general, Corbett finds himself trailing Democratic opponent Tom Wolf by double digits in the polls.