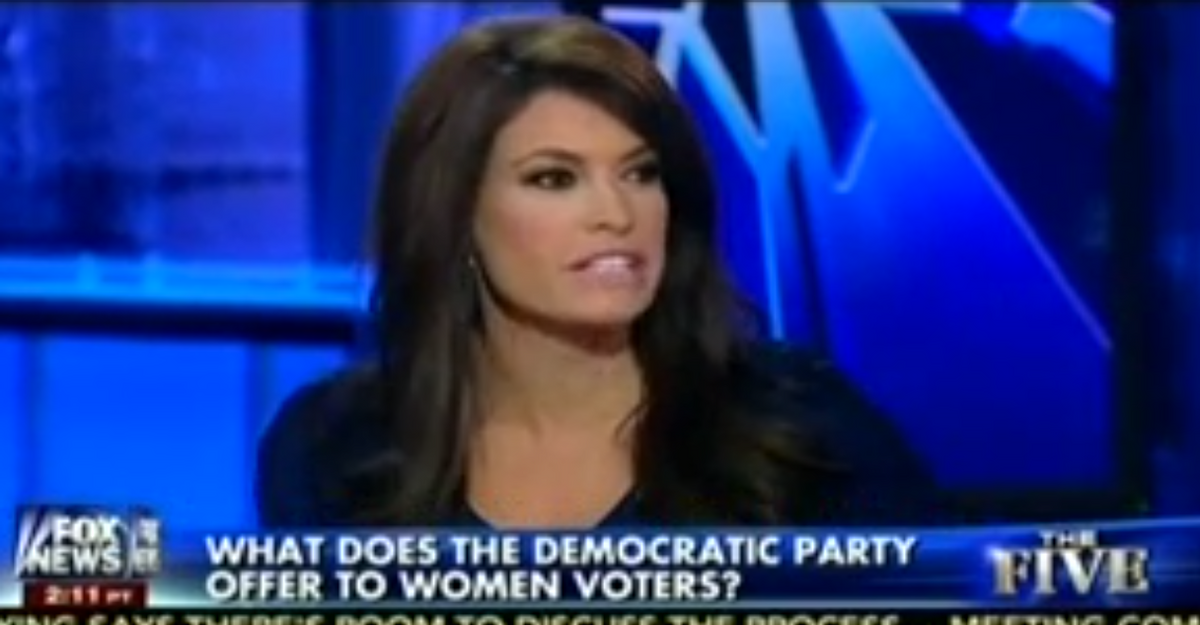 On Tuesday's edition of "The Five," Fox News host Kimberly Guilfoyle suggested that young women, who apparently lack important conservative wisdom, should just go ahead and excuse themselves from voting in the midterms. According to Guilfoyle and her co-hosts, females of a certain age just "don't get it," which should probably disqualify them from serving on juries, or from exercising a crucial constitutional right they gained less than a century ago.

"It's the same reason why young women on juries are not a good idea," Guilfoyle said. "They don't get it. They're not in that same life experience of paying the bills, doing the mortgage, kids, community, crime, education, healthcare. They're like healthy and hot and running around without a care in the world."

According to estimates from the Project on Student Debt, approximately seven in 10 college graduates accrue an average of $29,400 in student loans, which no doubt constitute "bills" to be paid each month. That estimate excludes the 34.5 percent of female high school graduates who don't go to college but do participate in the labor force, according to the Bureau of Labor Statistics. Of course, that estimate further excludes young women who graduate from neither high school nor college and still have jobs to support themselves, and perhaps their families too.

As for crime, one in five women will be raped or sexually assaulted at some point during her life; for 37.4 percent of those women, their first assault will occur between the ages of 18 and 24. Of course, that's just one form of crime. So while young women might be healthy and hot, and possibly even running around, it's doubtful they're all without a care in the world.

But they're likely still not conservative enough to vote, as "The Five" panelists would have it. A bit earlier in the segment, Guilfoyle's co-hosts offered some transparency about the reason the panel might be set on deterring young women from voting: According to Greg Gutfield, "with age comes wisdom" and "the older you get, the more conservative you get." So the message is ... women should only vote when they're more likely to vote conservatively? Thus followed Guilfoyle's logical conclusion to prevent young women from casting all those uninformed, naive, liberal votes:

"I just thank and excuse them so they can go back on Tinder or Match.com."

Watch the segment, via Media Matters, below: