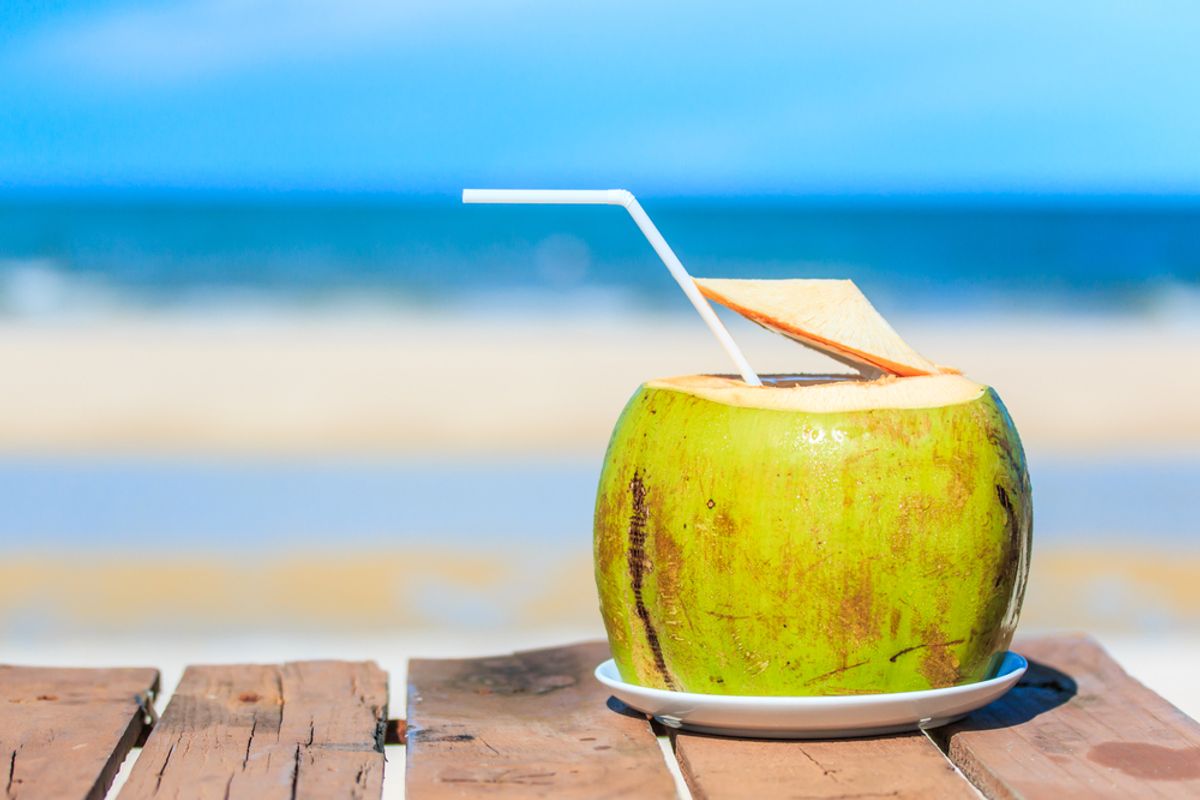 In July, Mother Jones revealed almond milk for what it really was (read: largely a scam). Now, the publication has targeted another nut trend that needs to be put down: coconuts.

The trend really began in 2004, writes Mother Jones' Maddie Oatman, when Vita Coco and Zico, two coconut water companies, launched at virtually the same time. Between 2008 and 2012, products containing coconut water quintupled, while the number of coconut oil products grew by 780 percent. Today, a 12-ounce bottle will sell for up to $2, making coconut water sales a $500 million industry.

The boom occurred largely because of the health benefits coconut water was said to have, including the ability to strengthen the immune system, prevent obesity and raise "good" cholesterol. Although it wasn't all true (Vita Coco was sued for exaggerating the amount of electrolytes a drink actually had), a little science-fudging is not the real issue with the industry.

Here's what coconut products are good for: companies' bottom lines. American brands are "making really high margins and buy the coconuts for virtually nothing," Mintel's Forsyth told BeverageDaily.com. In the Philippines, the world's second-largest coconut producer after Indonesia, nearly two-thirds of small-scale coconut farmers live in poverty. Though harvesting the fruit requires a perilous climb, often up trees treated with harsh pesticides, they make just $3 a day at the height of the harvest. Each coconut yields around 500 mL of liquid; a 12-ounce bottle uses about two-thirds of a nut. Of the $2 that you pay for a bottle of the stuff, the farmer makes between 7 and 14 cents. And don't forget that all that coconut water must be shipped across the planet, adding considerably to the product's greenhouse gas footprint.

If you must have your fix of coconut products, Oatman recommends buying an ethically made product that ensures that farmers get a cut. She recommends Naked, Coco Libre and Nutiva Virgin Coconut Oil, which participate in a program that gives farmers a 10 percent premium that goes to causes like typhoon relief. Big Tree Farms is not as environmentally harmful since it only ships dehydrated packets of coconut powder to make your own water.