"Force Majeure": Gripping tale of a near-disaster and an imploding marriage 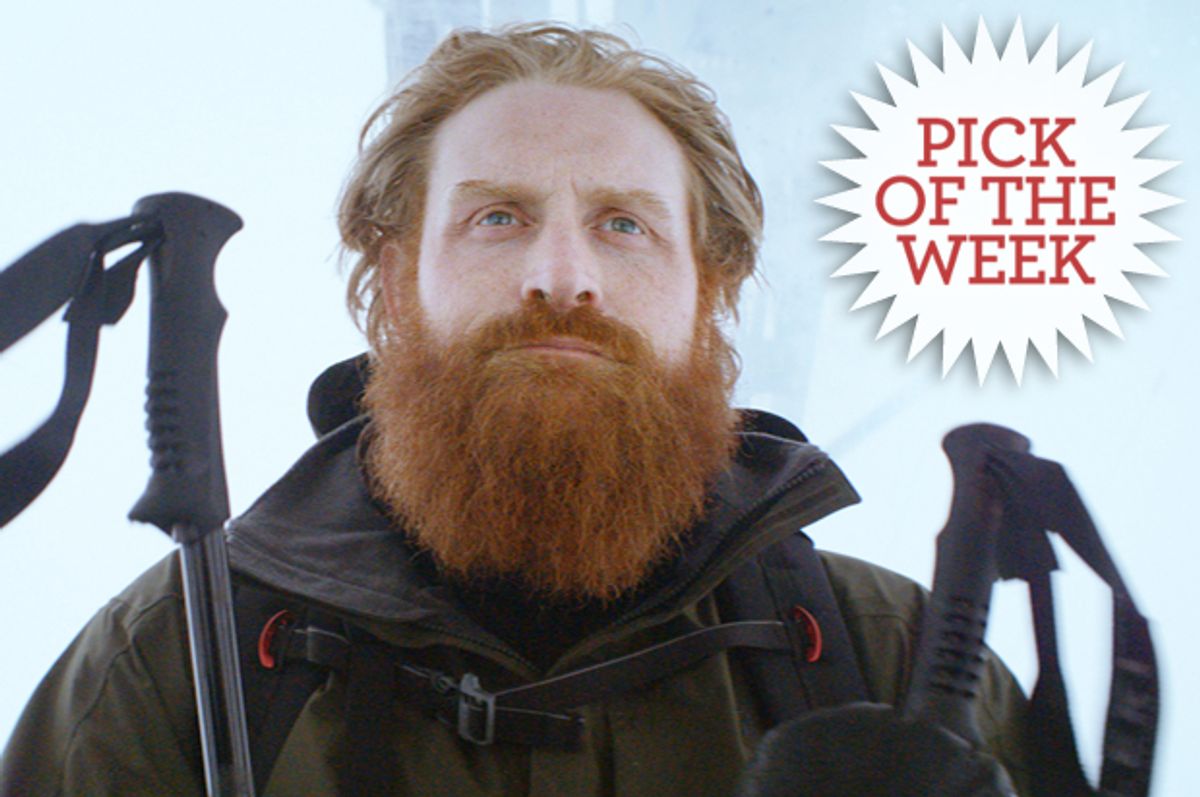 If you’ve ever had one of those family vacations that makes you yearn for the safe and orderly routine of everyday life, then you may identify with the beautiful but profoundly disoriented couple at the heart of Swedish filmmaker Ruben Östlund’s brilliant and disconcerting “Force Majeure.” As Ebba (Lisa Loven Kongsli), a willowy, 30ish wife and mother, tells her brother-in-law and his much younger girlfriend – who have no idea what they’re in for – here she is at a spectacular resort in the French Alps, where everything is supposed to be perfect, and things are not good at all. A likely leading contender in this year’s foreign-language Oscar race, “Force Majeure” is a prickly moral comedy for grown-ups, full of sharply observed moments, spectacular scenery and masterfully manipulated atmosphere. This is very much a work of 21st-century global culture, but also one that draws on the great cinematic tradition of northern Europe, with hints of Ingmar Bergman, Eric Rohmer and Michael Haneke.

I don’t know what it is about the Scandinavians and marriage dramas, exactly, but at times Östlund (who has made three previous features, none widely seen outside Sweden) draws on both Bergman’s ‘70s classic “Scenes From a Marriage” – recently seen in an outstanding stage revival in New York -- and the epoch-defining plays of Henrik Ibsen. But the director also understands that he must battle uphill to gain our attention and our sympathy for the story of Ebba and Tomas (Johannes Bah Kuhnke), her workaholic, iPhone-clutching husband. Why is their imploding marriage the basis for a movie, rather than another of the excellent Scandinavian TV series of recent years? And why should we care about these ultra-privileged, nanny-state cosmopolitans, with their perfect skin and impeccable wardrobes, who can evidently afford to take their unpleasant and unhappy children to a luxurious French ski resort for an entire week?

One of the strongest endorsements I can offer of “Force Majeure” is that Östlund is aware of that latter question the whole way through, but by the end of the film it has become irrelevant. Fredrik Wenzel’s camera most often views Tomas and Ebba from a distance, framing them against the blinding white snow, the blond wood of the hotel’s corridors, the clean, modernist lines of the ski-resort equipment and the anonymous, upscale furniture of their hotel room. But there is also just enough human sympathy, enough sense of irresistible connection, for us to understand that no matter how irritating these people may be, if we wish them ill or take pleasure in their pain that says more about us than about them.

That said, Tomas is a pretty difficult guy to like, or even to take seriously, well before the incident that plunges his family into crisis and lends the movie its title. (“Force majeure” is a legal term, signifying the kind of extraordinary and unavoidable event, such as a war or natural disaster, that might void or suspend a contract.) We never learn what he does for a living and it makes no difference: He makes a lot of money; he feels perennially distracted and not present, even on vacation; he seizes every moment when Ebba isn’t looking at him to check his messages, and then lies to her about it. When the hotel terrace where the family is eating breakfast is about to be swamped by an avalanche – or so it seems – Tomas’ reaction is hardly surprising. Without giving the whole thing away (and this incident comes within the first few minutes), he does not precisely cover himself in masculine glory.

But the force majeure that pries open the façade of Tomas and Ebba’s marriage is not precisely the avalanche, which in fact falls somewhere between a false alarm and a near miss. No one is buried alive or even injured, and after a cloud of icy fog passes over, it’s right back to the omelets, cappuccinos and fresh-squeezed orange juice. Officially, nothing serious has happened, and yet the episode and its aftermath eat into the family’s heart like some deadly parasite. The idea that Tomas would run for his life, potentially leaving his wife and kids behind to die – but not, of course, forgetting his iPhone – suggests that their entire happy-normal family existence is a fiction, and that the notion of masculinity embodied by a 21st-century robot like Tomas is intensely fragile.

At first, both Tomas and Ebba deny feeling shaken by this ambiguous non-disaster, and protest that they aren’t upset with one another in any way. (They are Swedish, after all.) But over the succeeding scenes Östlund slowly and subtly ramps up the tension, both with Wenzel’s ominous shots of the magnificent Alpine scenery at night, patrolled by growling snowplows, and through increasingly loaded conversations. Every scene, every masterfully composed shot and every disconcerting interruption of Baroque organ music serve to advance both the mood and the story. Some viewers will no doubt respond to “Force Majeure” as an overly chilly work, but for me Östlund’s intense command of both form and narrative more than made up for it.

It becomes clear that both members of the couple, and their children as well, have become possessed by the dangerous spirit of what did or did not happen at breakfast. Ebba can’t stop talking about it – often in entirely inappropriate contexts -- while Tomas issues vague or indirect denials or claims not to remember. I don’t want this to sound like a personal admission, but I guess it is: Tomas’ attempts to wrap the whole discussion in subjectivity (“It’s perfectly normal for us to have different perspectives!”) will strike a bit too close to home with every busted husband or boyfriend who has tried to cloud the issue with gauzy rhetoric.

But this isn’t anything close to a “men bad, women good” story; Östlund has a far more complicated and compelling portrait of screwed-up contemporary gender roles in view. While Tomas is the person who has displayed unforgivable cowardice and solipsism, Ebba’s panicked reaction makes clear that she sees herself as an unindicted co-conspirator, a central enabler of the family fiction. In conversation with a friend who seems perfectly happy in an unconventional open relationship, Ebba desperately tries to convince her that old-school hetero monogamy – exactly the situation that has made her so unhappy – is the only responsible choice.

“Force Majeure” never directly violates the tenets of naturalism, but you could say there are hints of symbolism and surrealism, as in the films of Haneke, and that Östlund gestures in the genre-movie direction without entirely going there. The haute-bourgeois hotel where the family stays at Les Arcs (an enormous resort in Savoy, near the Swiss and Italian borders) increasingly feels like an alienated, purgatorial space, a distant younger cousin of Stanley Kubrick’s Overlook Hotel. Every time Tomas and Ebba go into the corridor for another anguished conversation in their underwear, the same implacable, fleece-clad hotel employee is there regarding them, like a bored god or the chorus in a Greek play. The illness affecting Ebba and Tomas turns out to be contagious, and ultimately infects Tomas’ divorced brother Mats (Kristofer Hivju) and his 20-year-old girlfriend, Fanny (Fanni Metelius), who drop by for a visit and get sucked into the maelstrom.

Despite the story’s hints of sinister undertone and its mood of impending disaster (or disaster narrowly averted) “Force Majeure” ultimately offers a surprisingly forgiving prognosis for Ebba and Tomas and their chance at happiness, which may be no worse than anyone else’s. Östlund brings the story home with a series of tense switchbacks and a daring, enigmatic conclusion (again drawing on the history of European art film), but along with his abundant craft and ironic vision this talented young filmmaker ultimately wants to connect with his audience. We have all done cowardly things and courageous things, most likely, and have all been contaminated by the ideology of love and by dreams that aren’t actually worth pursuing. Still we persist, walking down a mountain road into darkness, and there’s something noble in that.