The Big Apple reacts to its first infected patient 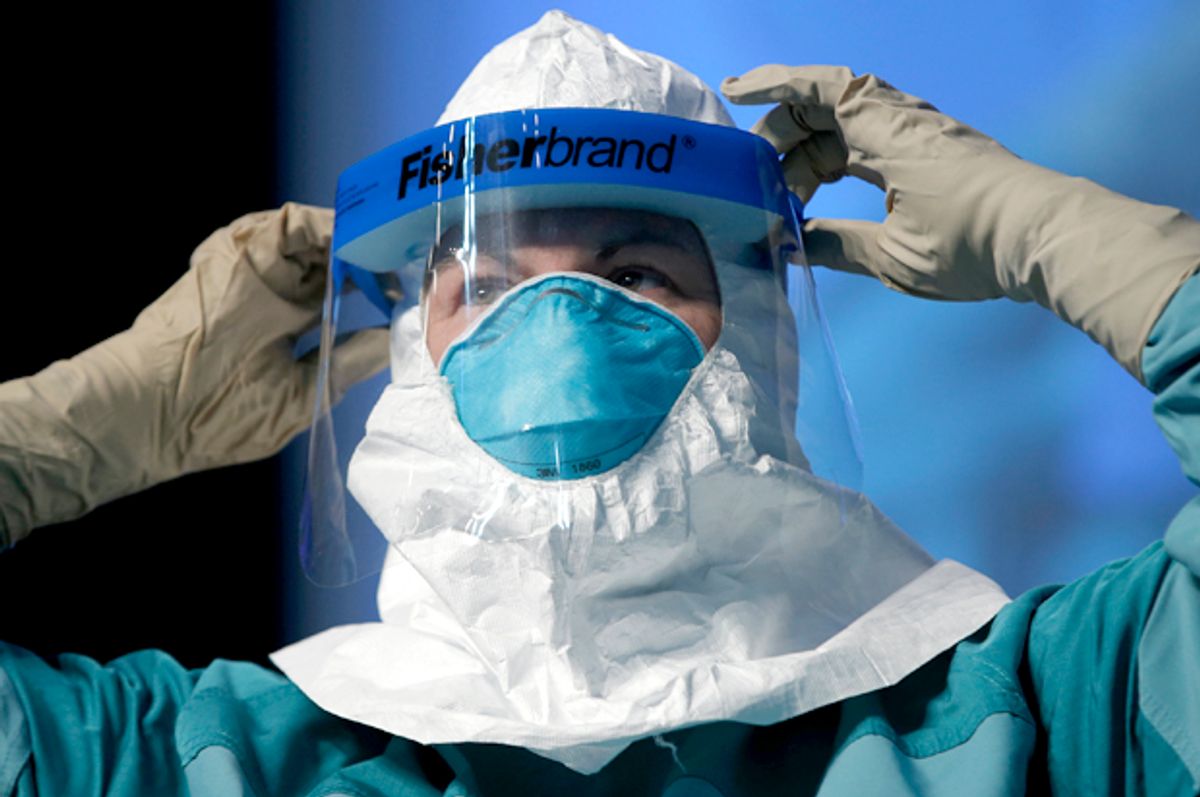 New York is truly the city that has everything. Including, now, Ebola.

The news late Thursday that the virus had made its inevitable descent into Gotham was greeted with all the nervous frenzy that usually accompanies the Barney's Warehouse sale, so kudos all around for any displays of restraint on the subject. The Daily News, understatedly for the Daily News, stuck with the headline that "NY Doc has Ebola," and even the Post refrained from tasteless pun making to stick with a straightforward "Ebola here!" – and you know the urge to go bigger must have been fierce.

The information about Craig Spencer, a 33- year-old physician with Doctors Without Borders who returned from a caregiving trip to West Africa a week ago and tested positive for Ebola at Bellevue Thursday, is certainly not without its ominous aspects. As the fourth patient to be diagnosed with the condition in the U.S., he's also easily the one who has spent the past few days in the most densely populated area. His movements from the time he came home from Guinea have been carefully chronicled, from his arrival at JFK to his travel on the A, L and 1 trains, to an excursion to a bowling alley in Williamsburg called the Gutter. I know those routes well. As it happens, Thursday I was hopscotching around the city on the A and the L lines he just traveled on, and the trains were, as they are every afternoon, a jam-packed mob scene, replete with school field trip groups, throngs of business commuters and undeterred breakdancers. The idea of someone with a communicable disease riding in those same cars, amid such vast numbers of individuals, is naturally somewhat unnerving.

Yet what I love about New York, even in the midst of a story that has very serious implications -- most especially for Dr. Craig Spencer -- is its tenacious resilience. Cautiously, Spencer's girlfriend and two friends he had recent contact with are in quarantine, and the Gutter was closed Thursday to stay on the safe side. Other than that, it's basically business as usual.

The A and L and 1 lines are just as mobbed with people and full of gross things that actually make people sick Friday as they were Thursday; the locals aren't donning protective gear. Why would they? It's worth remembering that as Cornell geneticist Christopher Mason told New York magazine last year, there are at least 137 different types of bacteria on our subways, and "I don’t want to say that the L train is the dirtiest, but it did give us a lot of interesting things." Local news icons Pat Kiernan and Roger Clark have already invited the mayor and the governor to join them "on our next bowling night at @TheGutter," and reminded that "the real Ebola crisis is in Africa." And writer Dave Itzkoff cracked Thursday, "I always said New York would get Ebola before it got a 2nd Avenue subway line."

The CDC reminds that Ebola is not spread through casual contact, or "through the air or by water, or in general, by food." You're not going to get it from touching a subway pole (although I cannot promise you won't get anything else from touching it). You must have direct contact with an infected person's blood or body fluids, or contaminated objects "like needles and syringes." Have you had direct recent contact with Dr. Craig Spencer? Then you're probably Ebola-free.

At this point, I remain considerably more terrified that my children will be the victims of a bad driver than a bad virus. Just this week, a classmate of my daughter was struck by an MTA bus near their school – fortunately with no serious injuries. The increasing danger of pedestrian fatalities is a much more real threat than an outbreak of Ebola stemming from Dr. Spencer's local travels, a transmission risk New York City Health Commissioner Dr. Mary Bassett puts at "close to nil." Yet a mysterious and seemingly unstoppable virus has a bigger news hook than, say, the city's creeping rise in gun violence.

This city's endured terrorism and hurricanes, and it will figure out how to manage Ebola as well. And while there's always an audience for the story on whether you can get Ebola from a bowling ball (Spoiler: a possibility if there's "blood, vomit or feces" on it), right now the bigger part of the story is not the self-preserving fear of "What does this mean for me?" It's not the headlines that "Ebola hits New York City" when it's thus far hit one person in a city of several million. Rather, it's what Grace Franke-Ruta observed Thursday, when she said, "I have enormous respect and admiration for the work of Doctors Without Borders & also the staff of Bellevue. Both treat mainly the poor." It's about generosity and teamwork and compassion. Because that's what it takes to fight a disease, whether you're treating one patient or thousands.