Lena Dunham's "race problem" is not really her problem at all

Why does Lena Dunham inspire so many young women to wax poetic about our own creative potential? 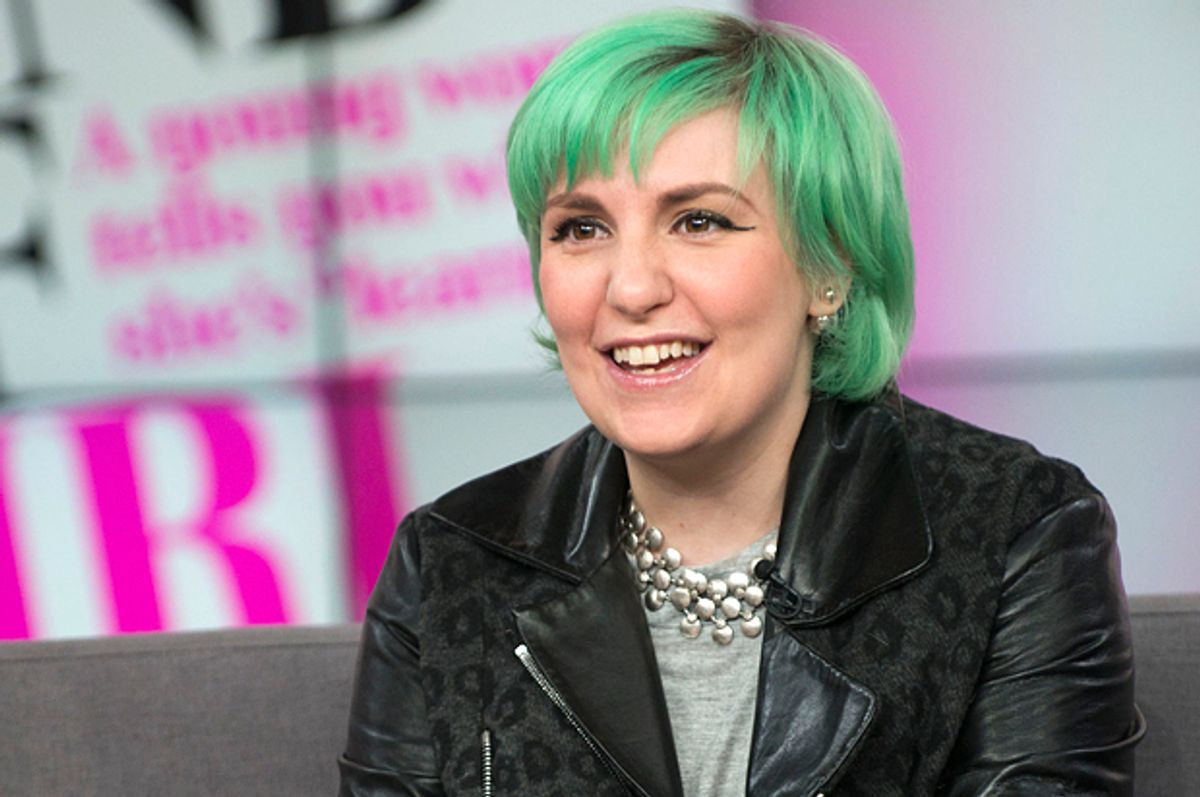 Rebecca Carroll’s piece at Gawker this morning, “Lena Dunham’s Race Problem,” explains Carroll’s own complicated relationship to Dunham, arguing that she has found Dunham’s work to be “often nuanced, electric, and deeply resonant,” but at the same time, has “debated” and “struggled” with reading Dunham’s new book. She writes that Dunham’s “biggest and most powerful champions” are “mostly straight white men.” And she admits: “Is there envy involved in my assessment of Dunham? Of course there is—envy, frustration, fatigue.”

It’s no secret that Dunham inspires a lot of soul-searching, especially from other women. Carroll recalls once, as a young girl, “performing a one-woman show about a lonely girl who dusted her bookshelves all day waiting for magic to appear.” And this soul-searching is generally an unpleasant experience. I read Carroll’s piece with particular interest because many of Carroll’s feelings mirror my own — just last week I wrote about how Dunham’s work makes it hard to keep myself out of the analysis, despite its blinkered worldview. And what’s strange about so many of the pieces about Dunham that have been published in the wake of her memoir, “Not That Kind of Girl,” is that her book seems to confirm either our worst fears or greatest hopes for it, depending on what we were looking for. Vulture has dubbed her “human litmus test Lena Dunham” for a reason: Something about Dunham’s work inspires young female creative types to wax poetic about our own creative potential, and it’s a mirroring effect that can be blinding.

I value Rebecca Carroll’s point of view, as a black female artist living in a post-Dunham world, one who was (horrifyingly) told not to pursue art in the fifth grade because being black would make it harder. But Carroll’s piece isn’t really about Dunham; it’s about herself. Which is fine, but it sometimes leads to circular conversations. We already know Lena Dunham is, by her own admission, clueless about race. At this point, according to Carroll, Dunham’s major problem is that other people think she’s important, which isn’t helped by adding another think piece to the pile.

Carroll, as she reminds us in the first line of her piece, was one of the first to raise race-based critiques of “Girls” in 2012. Her piece also ropes in Issa Rae — the creator, writer and star of the Web series Awkward Black Girl — as the black “alternative” to Lena Dunham, as countless other pieces have done over the last two years. Carroll is absolutely right that Rae should get more work; her pilot has been in production for so long that it might well be trapped there, and there’s a lot of criticism that needs to be said and repeated about giving women of color support in the film and television industries. But Rae has gotten far more press in comparison to Lena Dunham than as an artist on her own merits. Part of the reason that the conversation around Lena Dunham and race stagnated so fast is that it’s more about the way the media covers Hollywood than it is about Hollywood itself. And it’s hard not to keep retreading the same ground when critiques of Dunham’s book are less about Lena than they are about us.