"I am very entertained by the incredible amount of commentary about my date," the 42-year-old adult actress tweeted 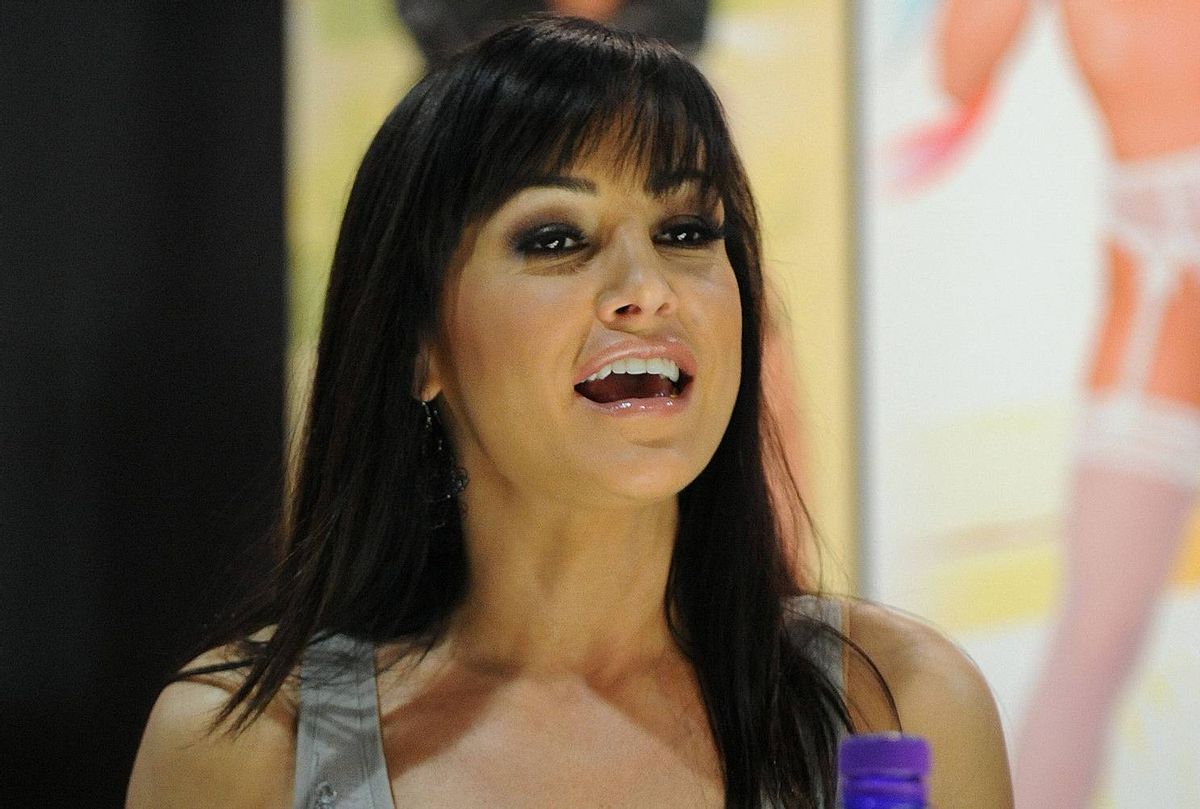 It would seem, to put it plainly, that adult actress Lisa Ann does not give a damn what anyone thinks about her dating Notre Dame wide receiver Justin Brent, who happens to be 23 years her junior. Photos of the two together at the New York Knicks game on Wednesday sparked speculation among sports commentators, while TMZ confirmed the pair was, indeed, on a date. Later, Deadspin posted a photo of the couple in bed together, so if any questions remained... well, they didn't need to.

Responses to news of the relationship were mixed, but few so bizarre as that of ESPN's Darren Rovell. On Friday, the reporter tweeted a photo of a section of Notre Dame's student code of conduct, along with the preface, "Notre Dame FB player Justin Brent went on date w/porn star. Here's ND's sex section in code of conduct." The sexual activity guidelines state that "students who engage in sexual union outside of marriage may be subject to referral to the University Conduct Process," which might not be great news for Brent.

Ann's response to news of the relationship breaking, however, is of a different tone. The star of 2008's "Who's Nailin' Paylin" took to Twitter to share her joy about dating a younger man:

I am very entertained today by the incredible amount of commentary about my date to the @nyknicks Game Last Night..

The irony here is successful, older men have had beautiful young women on their arms in the past... Now it is MY turn to mix it up! — Lisa Ann (@thereallisaann) October 24, 2014

This is YET another one of those times where i can say with a smile.. YOLO — Lisa Ann (@thereallisaann) October 24, 2014