Facebook has totally reinvented human identity: Why it's even worse than you think 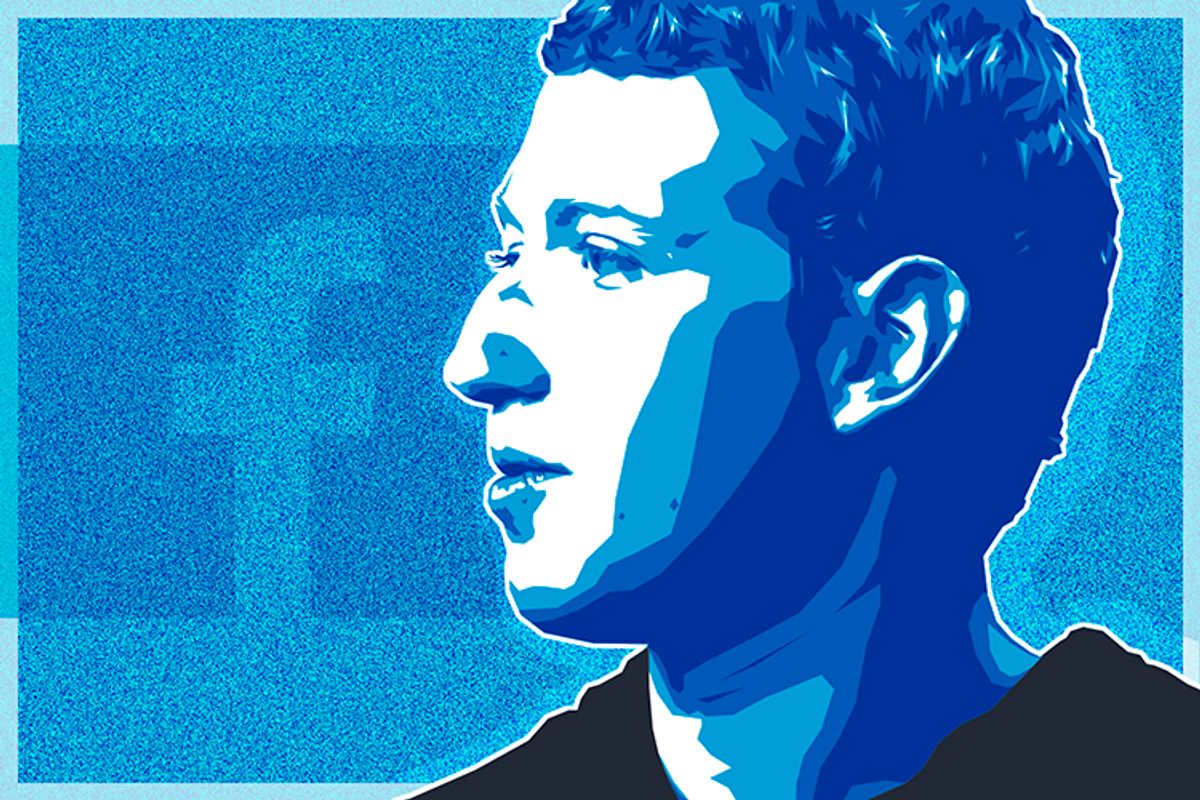 Let's face it: Feminism is hot right now. Like, actually fashionable. Chalk it up to a boom in online journalism critiquing tired media tropes and holding politicians accountable with acerbic wit. But there’s one related trend that doesn’t seem to be getting fashionable again: “Cyberfeminism.” Remember that?

But then again, it’s undeniable that the Internet really has been nothing short of culturally transformative. Communication technologies have become woven into the very fabric of personhood. With companies increasingly making employees sign “social media contracts” holding them professionally accountable for their online presence, digital identities are gaining recognition for their representative authority.

It may not be as cool as we imagined it in sleek '90s sci-fi, but we really are creatures existing in multiple dimensions, transcending space and time with our cybernetic reach. And who controls where your body ends and begins as this unholy fusion of man and machine? Those technologies through which you interface, of course, offering you the shape of your digital self, such as the Facebook profile. Sometimes the reduction of your person to Facebook’s arbitrary determinations can be uncomfortable and insulting.

Facebook has redefined the standard of what information should be immediately known about you as a person. It was a slow process, where it gradually increased the “About” fields, but now when I meet someone, it is somehow appropriate for me to see their exact age, residential history and entire résumé of work experience and education. (No, Facebook, I don’t want to display where I went to high school. Stop trying to guess at it!) Facebook can even reduce your personal journey on this earth to a chronological list of “Life Events.” It knows the true measure of what’s important in this crazy world and can tell you everything noteworthy that’s happened to you in this one helpful list. Facebook has turned our lives inside out to the point where all of this very specific information now seems to be what constitutes a social identity.

(The Facebook generation has gotten so bad that I’ve had to tell friends to inform me when they are making a recording of our conversation, and to not post my complete address online when they tag a photo of themselves at my house.)

What was once nebulous and unknown about a life is now defined and categorized in this culture of hyper-transparency. It is little wonder why the journalistic coverage of Facebook’s recent “real name policy” scandal was as uncritical as it was in accepting of Facebook’s legitimate right to the verification of users’ legal names.

In case you didn’t hear, Facebook was demanding everyone to use their “real names” on their profiles, which they defined as their legal names. Users were shut out of their accounts if they were suspected of being untruthful, and only allowed back in once they uploaded a copy of legal ID. Journalistic outrage over the event largely took a defensive position reporting on why certain people who do not use their legal names on Facebook are not being duplicitous, but have legitimate reasons for their actions. Articles documented cases, such as individuals who are transgendered, or victims of abusive relationships.

Mark Zuckerberg has repeatedly affirmed that we only have one identity, and that the idea of having multiple constitutes a “lack of integrity.” Thus, Facebook has promoted a policy of authenticity, where everyone uses their “real name” under the banner of keeping everyone safe. Sounds familiar? If you are an American, you should know by now that invasions of your privacy are only for your own good!

Thus Facebook’s policy is viewed as legitimate, rather than hilarious, when it includes bullet points such as: “Pretending to be anything or anyone isn’t allowed.” That’s right, you must know the truth of your nature before you post anything on Facebook, and all posts must reflect this authentic self. Facebook’s technology is causing an existential shift in what we consider to be our personal identities, and how we interact in the world. This shift is caused by not only the material form of their technology, such as the “About” fields, but also by the discourse surrounding it.

There are great ideological stakes when asking, “What is your real name?” We are essentially asking: “What definitively constitutes a person?”

Historically, identification technologies have served to consolidate people as objects of knowledge into discrete political units. Their regulation is then easily rationalized and demonstrably justified. The question of what should be done with you is much easier to answer when we can definitively say what you are.

The crux of the issue boils down to this: Is Facebook’s normalization of hyper-transparency and information-oriented mode of self-definition conditioning young people to be submissive toward institutionalized forms of subject formation? Does it quell unrest in response to those power structures invested in telling you who and what you are? Will the young people of the future question social values if they are trained from a young age by technological demands to express their person in a corporately constructed template?

The outlook appears grim when the current conversation surrounding identity on the Web has been reduced to an impoverished debate weighing the importance between “safety” (real names + accountability) and “anonymity” (freedom of speech in theory, but trolls in practice).

However, there is still something interesting occurring in the wake of Facebook’s “real name policy” scandal. Facebook apologized for conflating legal names with “real names” and conceded that a legitimate identity may not be constituted by the name you were given at birth. Although Facebook failed to directly apologize to the members of the LGBTQ community disproportionately affected by the incident, Facebook’s concession is, in a sense, a deployment of Trans politics. The conceptual implications of their policy change are: somewhere, somehow, over the course of life, you go through a process of becoming, and your true identity may be something more elusive than what can be verified by a government document.

A rift has opened in Facebook’s discourse of “authenticity” and “safety.” And what do you know … It’s starting to look like something out of cyberfeminism! The revelation of this chink in their ideological armor is actually strangely reminiscent of cyber-feminist prophesies, such as Donna Haraway’s iconic "Cyborg Manifesto." Haraway famously argues that essentialist ideologies would be revealed as inadequate in a complex world where nature fuses with the artificial; thus overflowing the boundaries of the conceptual regimes used to justify their regulation.

We’ve just witnessed exactly this occurring in the politics of Facebook. The company relied on a certain understanding of authenticity, which was revealed by complex subjectivities interwoven with technology to be a gross oversimplification. Facebook then lost the justification for their power to regulate and was forced to open their concepts to an amorphous process of reconfiguration. As Facebook scrambles to “update” how they verify “real names,” how will this technological giant redefine its reality.