My unusual libertarian journey: How a former outlaw broke the political mold

For me, a progressive outlook and libertarianism are not incompatible. It didn’t radicalize me -- it moderated me 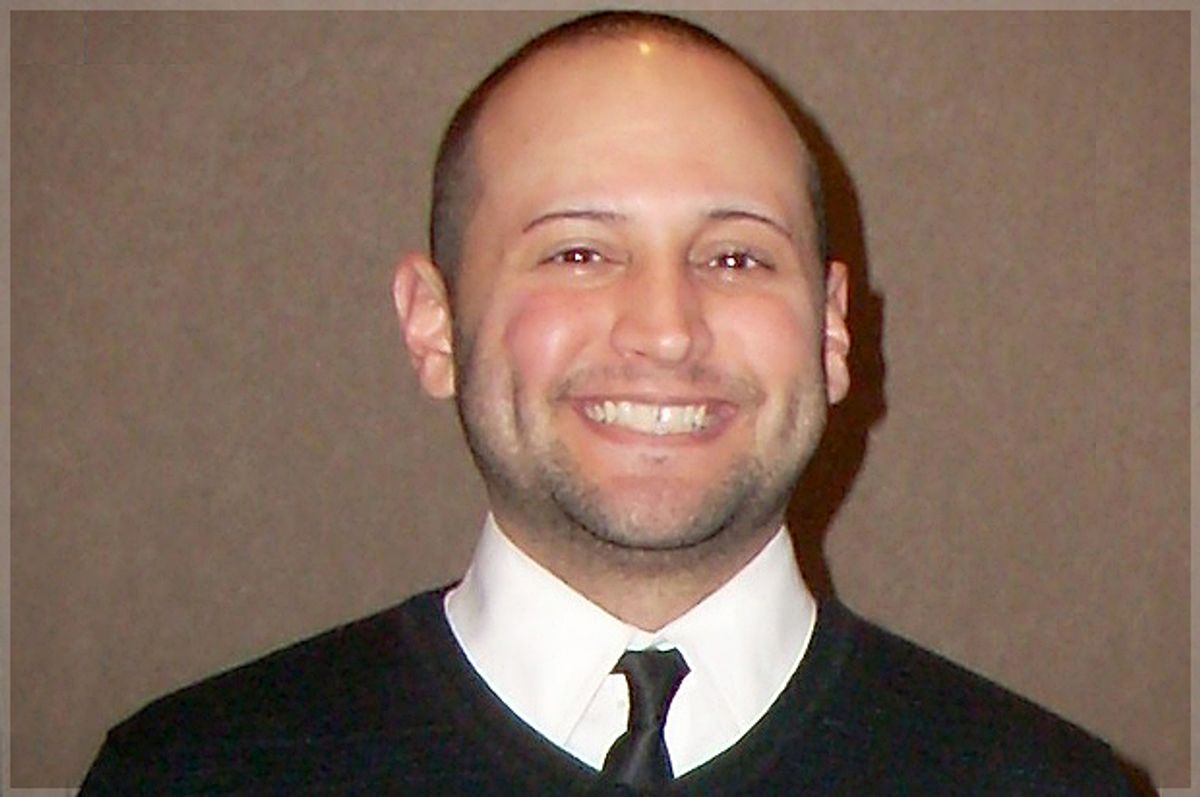 Editor's note: Salon has posted numerous critiques of libertarianism. This response was one of several we received offering a different view. (For more of our coverage on the topic, please see here.)

The Koch brothers have marvelous taste in art. That was the first thought that raced across my mind as I strode down the bustling hallway of one of the most secretive and influential buildings in American politics. Slipped against a wall of churning rural winds and rolling wheat fields, Koch Industries — the media-christened Death Star of contemporary libertarian insurrection — was the last place I ever intended to visit. Six years earlier I was serving time in a West Coast county jail, not defending public choice theory. But trial and error will do strange things to a politically inclined and introspective desperado.

I don’t just break the libertarian mold, I napalm it. I’m Hispanic. I live below the poverty line. I joined a gang by 15, dropped out of high school by 17, and spent the first half of my 20s playing guitar in a raucous punk band. Yet despite how unconventional my background might seem, it unmistakably epitomizes just how diverse the broader libertarian movement has become over a relatively short burst of time, even as archaic perceptions in the media and public continue to stubbornly linger.

Following my release from jail I enrolled in community college and worked hard to account for misplaced time. Eventually I earned a speech communication scholarship and admittance into a number of highly regarded universities, including my dream school the University of California-Berkeley. It was the moment I had been waiting for. But by the time I procured housing in Oakland, old inclinations began to take hold. I knew that if I remained in California I would either gravitate back toward the violent gang world, or the drug-laden music world, I knew so well.

So I made a drastic decision. At the last minute I instead took up an offer from the most conservative school in the most conservative state in the country — Brigham Young University in Utah. The education was superb, but the social setting was difficult. I stood out on campus with all my tattoos. I was irritable because I had agreed to abstain from alcohol and sex. And though students and faculty always treated me with dignity and respect, I sometimes had trouble relating to people.

Eventually I stumbled across a libertarian student group at a separate university across town. From there I attended a number of events, made a few new friends and began perusing literature from prominent free-market philosophers such as Friedrich Hayek, Milton Friedman and Ludwig von Mises — all of whom contested everything I thought I knew about Republicans, Democrats and government.

The “limited government" message appealed to me. I recalled playing in a band and struggling to comply with overbearing tax laws. I remembered serving time with low-level drug offenders convicted under mandatory minimum sentencing laws. I thought back to the Mexican communities I had grown up in and the undocumented immigrants I knew who had been forced into a life of obscurity because of convoluted immigration policies. The assortment of unique experiences I had taken in over time suddenly swiveled full circle.

Within a year I was organizing full time and attending dinners with governors, prominent activists and presidential candidates such as Ron Paul. Eventually I returned to the West Coast to finish school. From there I was introduced to a number of Koch-funded organizations. The opportunities these organizations presented would prove invaluable. As a student, I interned through various summer programs. As a writer, I wrote for various websites and journals. And as a speaker, I spoke to various groups.

The libertarian movement never judged me because of my background. Though I was still rough around the edges, I was embraced and provided with more tools and opportunities to improve myself than I knew what to do with. These organizations not only helped hone my innate abilities, but taught me the value of tolerance and restraint (I’m still working on the latter).

Ultimately, libertarianism didn’t radicalize me, it moderated me. As a wayward teen I once adored revolutionaries like Che Guevara and took part in violent and destructive protests. I smashed windows of private businesses and helped overturn police cars in my misplaced animosity toward legal constructs and trade. Later I abandoned my progressive leanings and explored conservatism. I supported the war in Iraq and brandished an American flag in a cliché spectacle of nationalism and machismo. Like most libertarians, I paddled both ends of the whirling political waters in search of something, anything, that put the puzzle pieces together.

But the more I came to fully comprehend the greater moral and ethical tenets behind libertarianism (non-aggression, voluntary exchange, respect, equality, liberality, etc.), the more I realized that neither the extreme left nor extreme right offered an adequate one-size-fits-all solution. The truth resided somewhere in the middle. Moreover, I found all the same social and economic issues that mattered to me as both a progressive and conservative could be mitigated via unsophisticated libertarian solutions — by simply reducing bureaucratic and administrative meddling.

It is true that fringe elements exist within the libertarian movement. All too often, when I mention I’m a libertarian, I feel the abrupt need to follow it up with, “But I’m not one of those crazy, bigoted, homophobic, tri-cornered hat-wearing, pitchfork-carrying, conspiracy theorists that call themselves a libertarian — I’m like totally different.”

But it is also true that the term “libertarian” is an extremely broad and encompassing term. There are dozens of schools and factions that differ on a variety of small, but critical things. Readers might be surprised to learn that I support a basic income guarantee, open borders and marriage equality. Libertarians don’t agree on all these things, but do these positions resemble someone careening the margins of “right-wing fundamentalism”?

A progressive outlook and the libertarian principles of limited government, voluntary exchange and personal liberty needn’t be mutually exclusive. Comprehensive immigration reform, for example, would not only encourage economic exchange, generate additional tax revenue, and incentivize the formation of new jobs and businesses, but produce safer neighborhoods by allowing previously undocumented immigrants to report crimes without fear of reprisal.

In many ways, I represent a less publicized, but swiftly blooming strain of libertarianism. A strain that unapologetically distinguishes itself from conservatism and the self-appointed “omnipotent moral busybodies” — as the late C.S. Lewis once elucidated — that bolster its sidelines. A strain that rejects blind patriotism. A strain that embraces cultural modernity. A strain that seeks to remedy liberal concerns and causes such as systemic privilege, poverty and discrimination via voluntary market solutions. That is, while I value and champion each person’s individual right to pursue their own subjective interests and comforts, I’m equally passionate about rectifying unresolved socioeconomic maladies that blemish the nation’s historic and contemporary fabric.

The primary conviction that separates me from my progressive colleagues is that I don’t believe viable long-term solutions will emanate from a new government department or program. Indeed, I believe a large part of the problem is the government department and program. But that doesn’t mean I’m unwilling to compromise or take incremental roads.

Ultimately, there will be ideologues that criticize me regardless of what I write. They will label me a junkie and criminal, categorize me as left or right, and characterize my willingness to take chances and explore different philosophies as a limitation or weakness. But while I may not have legitimized libertarianism in the eyes of those who subscribe to these assumptions, my hope is that I at least humanized it. Are there a few socially awkward libertarians? Of course. But in defense of the wonky and awkward — all whom I consider friends — I didn’t embrace a philosophical movement because I longed for barroom chums to converse about Monday night football with. And to be honest, I’m not entirely orthodox myself. Who am I to judge?

Likewise, it has been my experience that most libertarians are not callous, lifeless, mechanical dogmatists. Many are quite pleasant and more than willing to labor alongside progressives and conservatives in order to realize a stated mutual goal. But more important, most libertarians — despite the rhetoric, and no differently from anyone else — aren’t always perfect. I’m the first to admit it.