"A billion husbands are about to be replaced": Imagining the wildly effective vibrators of the future

In dude-king Chuck Palahniuk's latest, men are made obsolete by sex toys -- but ultimately, the women get punished 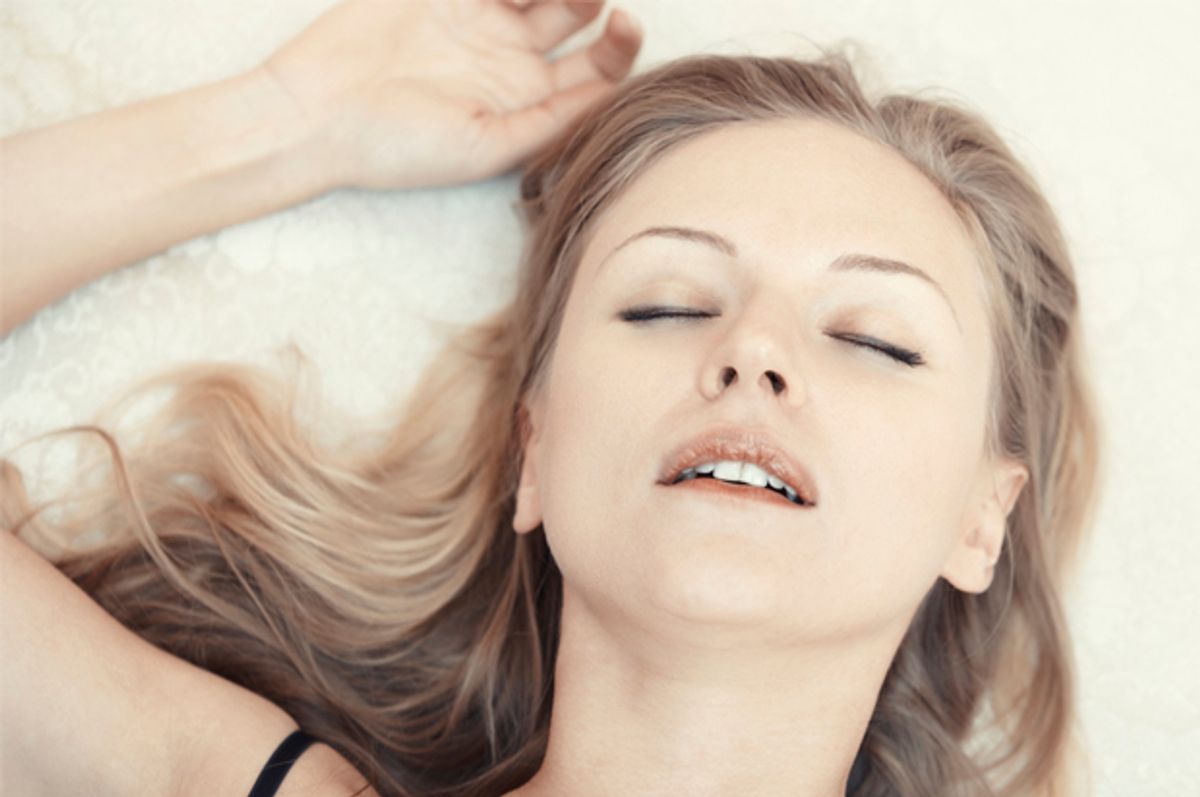 "A billion husbands are about to be replaced." That is the tag line of a brand of wildly effective vibrators in Chuck Palahniuk's latest novel, "Beautiful You." After the release of these innovative pleasure products, female characters start to make stereotypical battle-of-the-sexes proclamations like, “Men are obsolete!” and “Anything a man can do to me, I can do better!” and “This hunk of plastic is more of a man than you’ll ever be!” Women line up for miles and camp out overnight outside "Beautiful You" stores, hoping to get the latest toe-curling product before it sells out. Everywhere, fashionable, metropolitan "Sex and the City" types stomp around town in their stilettos, boldly carrying a bag bearing the brand's logo, white curlicue lettering on a pink background, the new symbol of female empowerment. It's the ultimate horror story for wounded little man-boys everywhere.

But then things take a darker turn: Women begin to drop out of public life entirely, locking themselves in their rooms, diddling away the hours. Their voices become sore from endless yelps of pleasure, their eyes sunken from lost sleep and their bodies weak and emaciated from skipped meals. “Missing” posters are pasted around town, as scores of women -- mothers, sisters, daughters -- disappear from their homes, driven mad by previously unknown pleasure. In a characteristically Palahniuk gotcha, it turns out that Beautiful You products are actually designed to control women's consumer decisions.

This is what all of Palahniuk's novels have been building up to, haven’t they? After all of the tales of disaffected men with mommy issues, here we have arrived at the ultimate expression of male disenfranchisement in our supposedly post-feminist age: men being replaced by vibrators.

Palahniuk takes great joy in writing about this fantastical post-apocalyptic world in which women’s sexual liberation is ultimately disempowering. Witness, for example, that the world’s foremost feminist organization is “on the brink of nonexistence.” He writes: "For the first time in its history the National Organization of Women was canceling its annual conference due to lack of participants. Six weeks ago the roster had been almost filled, but in the days since Beautiful You had launched, all of the delegates had canceled their plans to attend. Some cited more personal interests they wanted to pursue. The rest claimed to be exploring alternative avenues to self-fulfillment." This fantastical allegory is awfully reminiscent of a favorite insult of male, anti-feminist trolls: You just haven’t been fucked right! If you just got a good lay, all that angry activism would disappear!

What at first seems a male nightmare brought to life ends up feeling much more like a story of male vengeance. Since most women have disappeared from the streets, the fear of rape seems to lurk at every corner for the female protagonist, 20-something Penny Harrigan, a rare woman who isn’t in the grips of Beautiful You and dares to venture into the public sphere full of “furious, obsolete penises.” In fact, Penny is raped, multiple times. The novel itself opens with a rape scene in which she is assaulted in public -- via a high-tech device -- and no one intervenes to help, because there are only men around. (And apparently all men are so furious about their obsolete penises that they can only stand by and watch.)

Palahniuk has referred to this book as the female “Fight Club,” but in truth, there is no comparison. “Beautiful You” won’t resonate with legions of women the way “Fight Club” did with men. That’s because it doesn’t address a female desire -- even though it is, ostensibly, at least at first, about female pleasure. Instead, it is centered -- just as with “Fight Club” and most of Palahniuk’s books -- around extreme male anxiety. This is his specialty: the neuroses experienced by supposedly feminized, emasculated men in corporate, capitalist and “post-feminist” America.

It appears as though he tried to extend to women the kind of mass gender-identity crisis that proved so successful with a certain set of men in “Fight Club”: Penny has chosen a law career out of what amounts to feminist peer-pressure: “A couple generations ago, society would’ve encouraged her to be a stay-at-home mom. Now all the pressure was to become a lawyer. Or a doctor. Or a rocket scientist.” Later, Palahniuk writes, “With apologies to Simone de Beauvoir, Penny didn’t want to be a third-wave anything. No offense to Bella Abzug, but neither did she want to be a post-anything. She didn’t want to replicate the victories of Susan B. Anthony and Helen Gurley Brown.” The women of “Beautiful You” feel burdened by the opportunities won for them by their feminist foremothers: “They’d all inherited a legacy of freedom, and they owed it to the future to forge a new frontier for the next generation of young women.” In the novel, the first female president of the United States had no interest in the role and only rose to the position at a man’s insistence (hahahahahalikethatwouldeverhappen).

Lucky for him and his fan base, the book only briefly explores these supposed female anxieties. Primarily, it pivots around male feelings of irrelevance and, notably, fears of female desire -- in a vagina dentata sort of way. Like, actually: These magic sex toys secretly implant women's vaginas with a device that impales penises! (There aren't enough exclamation points in the world.) It is Oedipal and Freudian and all the fucked-up things.

Now, there's no mistaking that "Beautiful You" is absurdist satire. But what, exactly, is its point? It's very hard to read as a successful lampooning of toxic masculinity and male resentment. That’s especially true when considering that Palahniuk’s writing is wildly popular among men’s rights activists, whose own writing is often so extreme as to seem like parody when it is very much not. Complicating things is the fact that Palahniuk is gay. That’s right, the king of straight-dude-disenfranchisement literature is a gay man. It's hard to say how aligned Palahniuk’s personal views are with the bro demographic and how much his writing is a parody of it.

Clearly, though, on some level Palahniuk himself relates to the male disenfranchisement narrative. In a recent Tumblr Q&A he waxed about “the dearth of novels that explore male issues.” When a reader responded with a tongue-in-cheek follow-up thanking him “for standing up for male writers, a desperately marginalized group,” Palahniuk responded in earnest, apparently unaware that the remark was dripping with sarcasm. Or, for another example, take the following male rant in his 2001 novel "Choke": "I mean, I’m just tired of being wrong all the time just because I’m a guy. I mean how many times can everybody tell you that you’re the oppressive, prejudiced enemy before you give up and become the enemy. I mean a male, chauvinist pig isn’t born, he’s made, and more and more of them are being made by women." I won't attempt to pin down Palahniuk's intent with that passage, but I can confidently venture that his fanboys are not reading that as a satirical critique.

No matter what you make of Palahniuk's actual artistic intentions, there is this: He has proven an uncanny ability to tap into the current mood of a very particular, alienated male demographic -- and that's what makes this book terrifying.