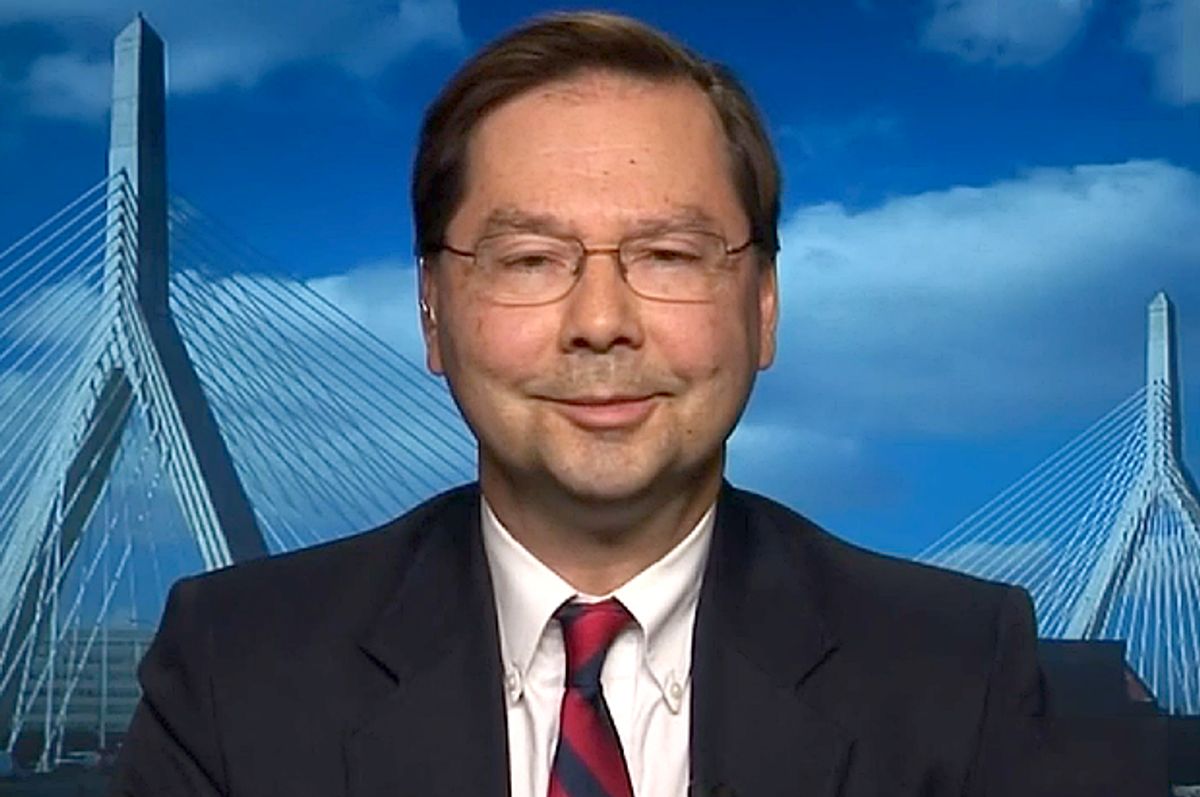 We’re a week out from Election Day, which means it’s time for the “voter fraud” brigade to start making their preemptive case that this election – like all elections that preceded it – will be tainted by rampant, pro-Democratic voter fraud. To that end, Hans von Spakovsky, one of the conservative movement's chief voter fraud fabulists, has an Op-Ed in the Wall Street Journal this morning raising the frightening specter of widespread electoral corruption in the 2014 midterms. “What is the likelihood that your vote won’t count?” von Spakovsky asks. “That your vote will, in effect, be canceled or stolen as a consequence of mistakes by election officials or fraudulent votes cast by campaign workers or ineligible voters like felons and noncitizens?”

The answer to this question is: infinitesimal. Voter fraud is such a minor threat that it’s almost too difficult to quantify. People who track voter fraud allegations for a living make clear just how vanishingly rare it is: one researcher found 31 credible examples of voter impersonation (the type of fraud voter ID laws are supposed to stop) between 2000 and 2014, out of more than one billion votes cast over that time period. Study after study after study has confirmed that voter fraud almost never happens. There is no evidence that voter impersonation has been a significant problem or will be at any point in the future.

Hans von Spakovsky and the other “voter fraud” agitators are aware of this, and everything they write on the subject is intended to kick up enough dust to obscure this fact as they argue for restrictive voter ID laws that serve mainly to disenfranchise minorities, younger voters, and other elements of the Democratic base. Von Spakovsky himself is an expert at saying just enough (and, more importantly, omitting certain facts) to leave the impression that voter fraud will tip elections in favor of the Democrats.

Here’s what he has to say about the 2014 contests:

Voting by noncitizens alone could swing such races. A new study by two Old Dominion University professors, based on survey data from the Cooperative Congressional Election Study, found that 6.4% of all noncitizens voted illegally in the 2008 presidential election, and 2.2% voted in the 2010 midterms.

Since 80% of noncitizens vote Democratic, according to the survey, the authors concluded that these illegal votes were “large enough to plausibly account for Democratic victories in a few close elections.” Those that might have been skewed by noncitizen votes included Al Franken ’s 312-vote win in the Minnesota race for the U.S. Senate. As a senator, Mr. Franken would cast the 60th vote needed to make ObamaCare law.

Oh no! Non-citizen voters gave us Obamacare! Maybe! I’ll get to the study von Spakovsky cites in a second, but first I want to talk about the 2008 Minnesota race that sent Al Franken to the Senate. Conservatives have insisted for years that fraudulent voting accounted for Franken’s narrow win, but the argument has always been that Franken prevailed because ineligible felons cast ballots in the race. (That allegation was investigated by Minnesota officials and found to be bogus.) Now they’re apparently switching gears and suggesting that Franken actually won because non-citizens voted for him? How many different fraud schemes were running in Minnesota in 2008? And keep in mind that Spakovsky and his pals don’t have any actual proof that this occurred. They’re just throwing it out there as a possibility, offering data that suggest it might have happened, and using weasel words to arrive at their conclusion without really stating it outright.

And that gets us to the study van Spakovsky cited on non-citizen voting. He did accurately cite the researchers’ findings, as laid out in this post for the Washington Post’s “Monkey Cage” blog. What he left out was the Post’s follow-up entry laying out all the methodological critiques aimed at the study from “academics and commentators” who “expressed skepticism about the paper’s assumptions and conclusions.” In a nutshell: the researchers made unwarranted assumptions about the data they used to arrive at their conclusions, and got rapped on the knuckles for it by their peers.

Spakovsky doesn’t care about that, though. The conclusions support his case, so he ran with them and carefully discarded the information that undermined the evidence he cited. This is something Spakovsky does often. Consider this passage from Jane Mayer’s 2012 New Yorker profile of the man:

Earlier this year, he noted, the Pew Center on the States found that more than 1.8 million people who had died were still registered to vote in America, and that 2.75 million people were registered to vote in multiple states. How many of these errors translate into fraudulent votes? “It is impossible to answer,” he said. “We don’t have the tools in place.” But he cited a 2000 investigation, by the Atlanta Journal-Constitution, of voting records in Georgia over the previous two decades; the paper reported that it had turned up fifty-four hundred instances of dead people being recorded as having voted. “That seems pretty substantial to me,” he said.

He did not mention that the article’s findings were later revised. The Journal-Constitution ran a follow-up article after the Georgia Secretary of State’s office indicated that the vast majority of the cases appeared to reflect clerical errors. Upon closer inspection, the paper admitted, its only specific example of a deceased voter casting a ballot didn’t hold up. The ballot of a living voter had been attributed to a dead man whose name was nearly identical.

So much of the “voter fraud” fear mongering campaign follows this pattern. People like Hans von Spakovsky make sensationalist claims about voter fraud, throw in some questionable research to back up their argument, and trust that no one will bother to dig too deeply into what they’re saying. That’s the only way to manufacture a national panic over what is actually a very minor problem.