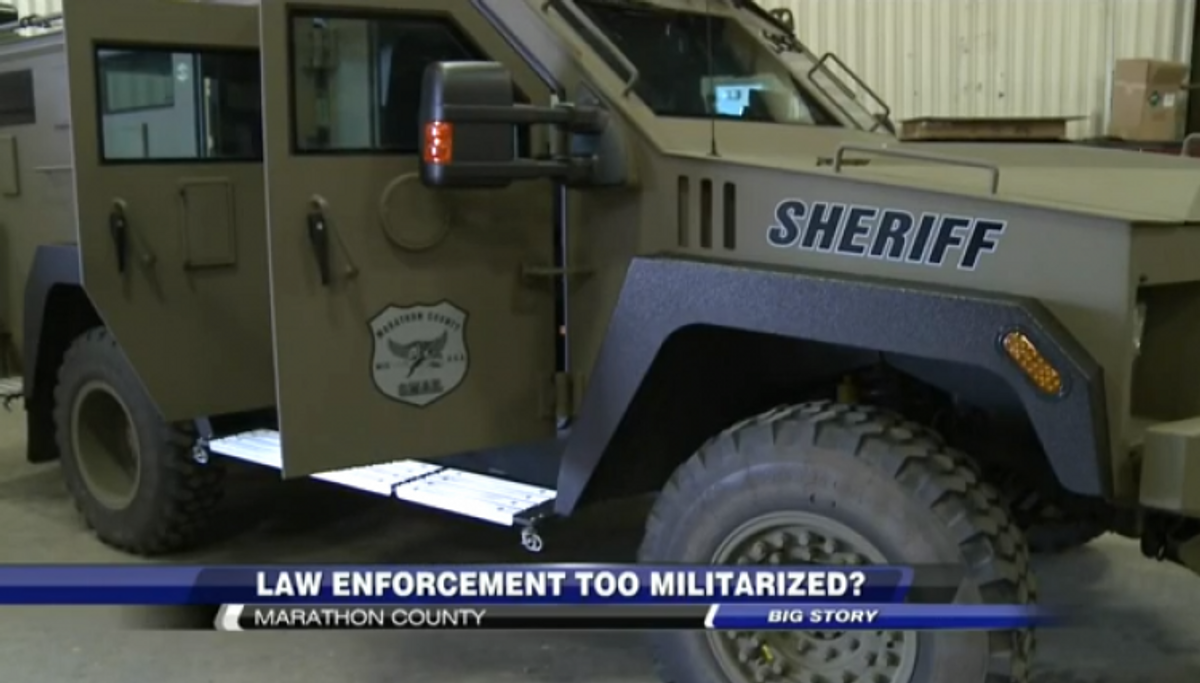 Officials in the Town of Stettin, a town of less than 3,000 in Marathon County, Wisconsin, sent armored vehicles and 24 armed officers to collect an $86,000 debt from 75-year-old Roger Hoeppner earlier this month, action that raises anew the issue of police militarization, which assumed center stage during the police response to protests over the shooting of an unarmed black teen in Ferguson, Missouri this summer.

Hoeppner and local officials were embroiled in a years-long dispute concerning alleged ordinance violations on 20 acres of property Hoeppner owned near Wausau, Wisconin, the Milwaukee Journal-Sentinel reports. In a Monday press conference, the Marathon County Sheriff's Department's Chab Billeb cited that history in justifying the use of armored vehicles and armed officers.

"This has been a long outstanding problem between the resident and the township and it's been contentious. We've had deputies go to town board meetings to do security. We know we've had our staff involved to mediate this over a number of months trying to calm the situation and it never got any better,” Billeb said.

The use of armored vehicles in the police response to Ferguson protests earlier this year sparked widespread outrage. A bipartisan cast of characters, including Democratic Sen. Claire McCaskill of Missouri and Republican Sen. Rand Paul of Kentucky, decried the militarization of local police forces, and McCaskill conducted a Homeland Security Committee hearing on the subject. The news out of Wisconsin may yet spark renewed scrutiny.