Want to set a bipartisan agenda? Talk to women 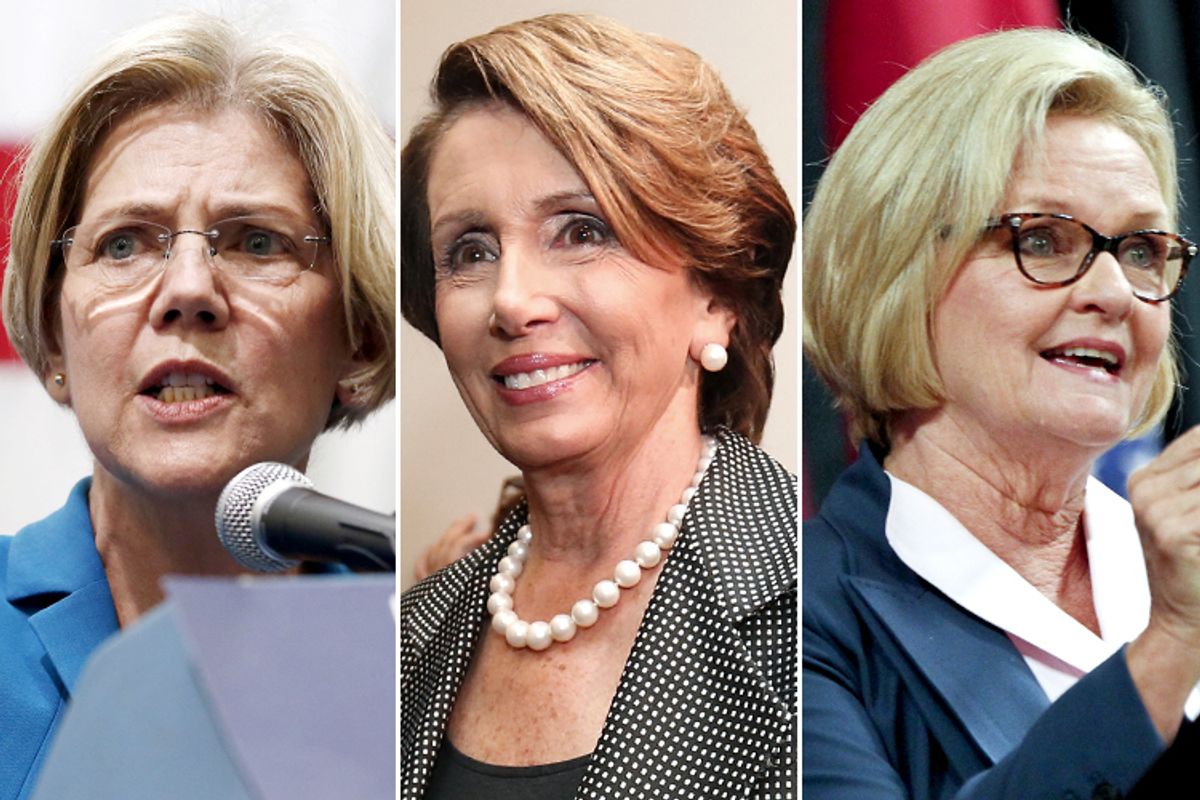 In a piece that ran Monday, Politico asked 11 political insider types to set an agenda for President Obama's last two years in office. Some of the ideas were good. Some of the ideas were bad. All of the idea-havers were men. The editors behind the piece likely didn't set out to exclude women or select their subjects because of their gender, but they nonetheless ended up with a story featuring all men. This is how gender bias in the media tends to play out -- invisibly. It happens a lot.

Politico asked, "Can Washington realistically get anything done before the next president is inaugurated? We asked a range of thinkers -- from Congress and beyond, from both sides of the aisle and smack-dab in the middle of it -- to tell us which bipartisan ideas really could make it into law before the Obama era ends."

But studies show that Politico's prompt might have been better answered if it had found a few women to weigh in. Specifically, if it had asked a few Democrats in the House. According to a study from the University of Virginia that tracked every bill introduced in the House between 1973 and 2008, women in the minority party of the House are more effective at building consensus and advancing bills than their male colleagues. "Minority women are about one-third more effective — so about 33 percent more effective than men," Craig Volden, a professor of public policy and politics at the University of Virginia, told NPR News earlier this year.

There is other research that supports the idea that women in leadership positions are more willing to compromise than men doing the same job. But that doesn't mean that women are biologically hard-wired to make nice with their colleagues. Instead, it may be because women in leadership positions feel a specific kind of pressure to succeed -- when there are so few women represented, they may feel they have more to prove.

We saw some of this consensus-building in action last year when a bipartisan group of women in the Senate played an essential role in ending the shutdown. “I don’t think it’s a coincidence that women were so heavily involved in trying to end this stalemate,” Maine Republican Susan Collins told the New York Times. “Although we span the ideological spectrum, we are used to working together in a collaborative way.”

So while women may not be naturally more consensus-oriented politicians (there's plenty of heated disagreement among women in Congress), research does show that, as a working strategy, they might prioritize cooperation. Which is why a few of them may have been a useful resource in a piece about bipartisanship at a time of unprecedented gridlock.

And even if we didn't have research suggesting this is an area women in leadership excel at, it would still be good to talk to a few ladies when pulling together a "range of thinkers." We are half the population, after all.