Will Neil Patrick Harris save variety -- or bury it?

The star is set to bring back the format, but industry insiders are skeptical 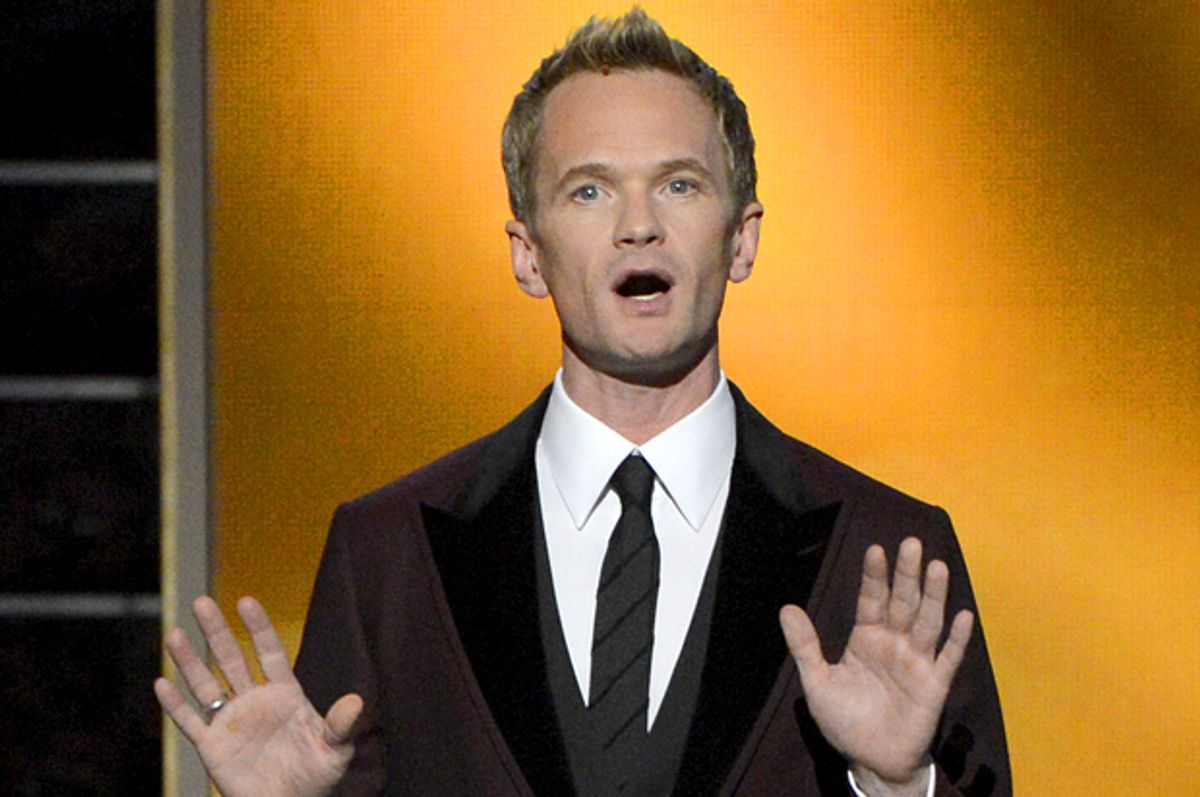 On Monday, NBC and ITV confirmed that the universe's most beloved multiple threat entertainer, Neil Patrick Harris, is set to host a new variety series, to launch in 2015. So, yay, I guess?

Harris is having a particularly golden year. He wrapped up his iconic turn as Barney Stinson on "How I Met Your Mother" this spring, picked up a Tony playing the titular gender fluid hero of "Hedwig and the Angry Inch," released an adventurous autobiography, played against type in "Gone Girl," was plucked to host the next Oscars, and even managed to work in a wedding to his longtime partner, David Burtka. Through it all, he has managed to remain tirelessly irresistible. But can even he save variety? Or to put it another way, should variety be saved anyway?

Variety isn't exactly dead, of course. As NBC's Paul Telegdy told Vulture Monday, "We have a natural affinity for this type of show. It’s in our DNA. There’s a natural progression with this. This is something we felt was undeniably an NBC proposition." And it's true that the network that is already home to variety-esque programs ranging from "The Voice" to "Saturday Night Live" is as natural a place for an American version of the popular and long-running British ITV series "Saturday Night Takeaway" as you'll find on television. Earlier this year, the Peacock further experimented with the format with a one-shot variety special starring Maya Rudolph, and was reportedly for a time mulling making more of the same -- despite its mediocre reviews. So you might think that combining a star with TV hosting experience with a rapid-fire format seemingly tailor made for our relentlessly short attention span culture -- along with the promise the show will not in fact air in the dead zone of Saturday night -- you'd have a surefire hit. NBC obviously does, and rumors say it's betting up to $2.5 million an episode on it.

Yet the American shows on the air right now that might answer to the name "variety" and have a following rely heavily on the element of competition. It's about who's going to wipe out on "Dancing With the Stars" or be eliminated on "America’s Got Talent." The last true variety series to win an Emmy was "In Living Color," 24 years ago. Since then, the prizes have almost exclusively gone to late-night talk shows. And while no one more than current "Tonight Show" host Jimmy Fallon has made the compelling case for audiences' love of a recurring comedy sketch or twee musical bit, there's a world of difference between the begging-to-go-viral-while-you-goof-off-at-work five-minute clip and an entire show. Take away the suspense of a contest and the low time commitment of a single sketch and replace it with a full hour of what Harris modestly calls "my random skill set," and you have a real challenge, a challenge that Dr. Horrible himself may find formidable. I'm exhausted just imagining it. And as Vulture notes, "TV industry insiders Monday were already questioning how the network will be able to make any sort of profit on a show with such a high cost and with no back-end value to the network." It's an expensive gamble, even with a known star.

The idea of a variety series hosted by someone as talented and adored as Harris, much like the idea of a bacon sandwich that replaces the bread with two pieces of fried chicken, sounds amazing. It sounds like everything one would want in the world. But like a Double Down, the reality may yet prove to be a somewhat queasier experience. Harris, on the other hand, is typically enthusiastic. On Monday, he said, "I can't wait to roll up my sleeves and have some fun!"