The son of patriarch Phil Robertson makes a rather outlandish comparison 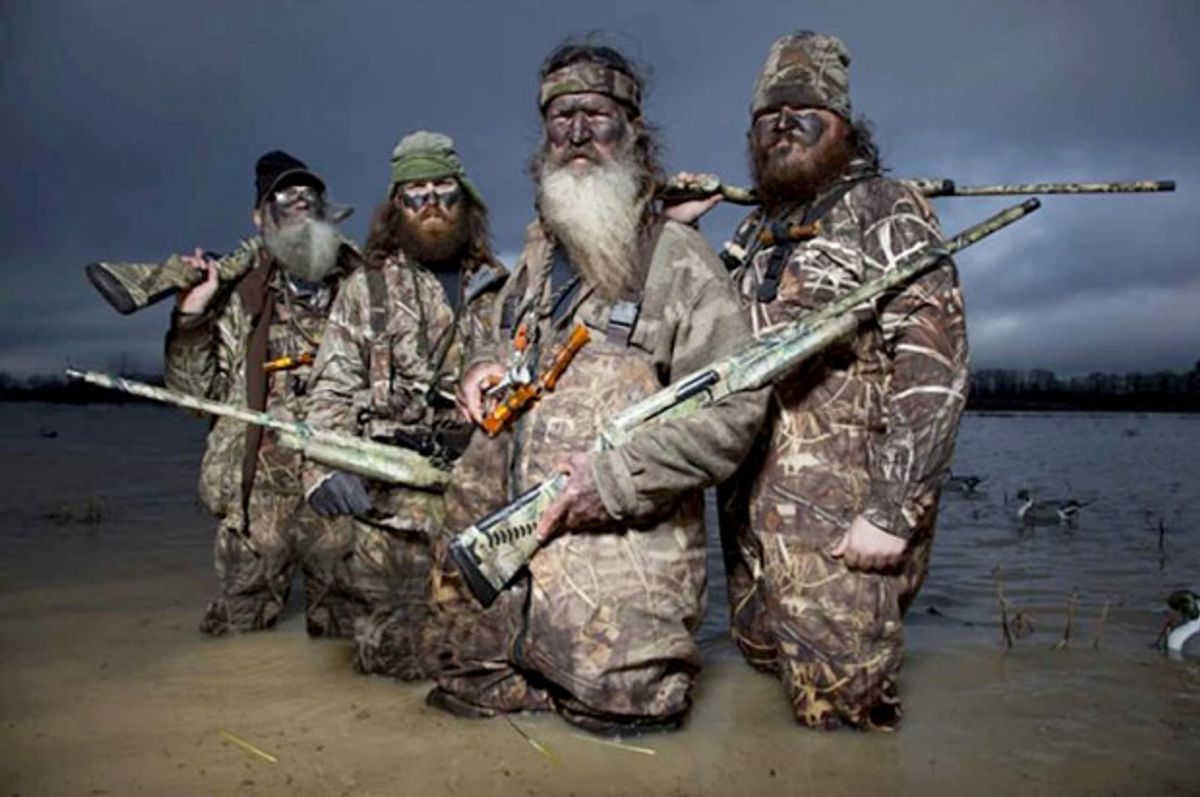 “When I first heard about this and when you and I talked, I was just like, is this 2014 America or is this 1930s Germany that we’re living in? I mean, it was shocking and appalling,” Robertson said. The episode demonstrated "the importance of our spiritual and religious liberties," he added.

Alluding to the criticism Phil Robertson drew late last year when he compared homosexuality with bestiality and equated gay people with "drunks" and "terrorists," Perkins shifted the conversation toward the Robertson family, which he said had also "experienced this attack."

"You know, Al, you and your family have experienced this attack on your faith, simply for standing up and saying what you believe," Perkins said. "You’ve gone through the storm. But the storm continues. I mean, people would rather you be quiet and not use your platform to talk about the fact that there is truth."

Decrying those who think there's something hateful about putting gay people on a par with terrorists, Robertson then told Perkins that his family is "completely filled with love for folks."

"Which is why we continue to tell the truth, who God is, and what he wants from us as a people," Robertson continued, later adding that "the evil one" is trying to shroud the truth.