Horrific "lynching" display removed from home on Kentucky Army base

The display refocuses attention on racism within military ranks 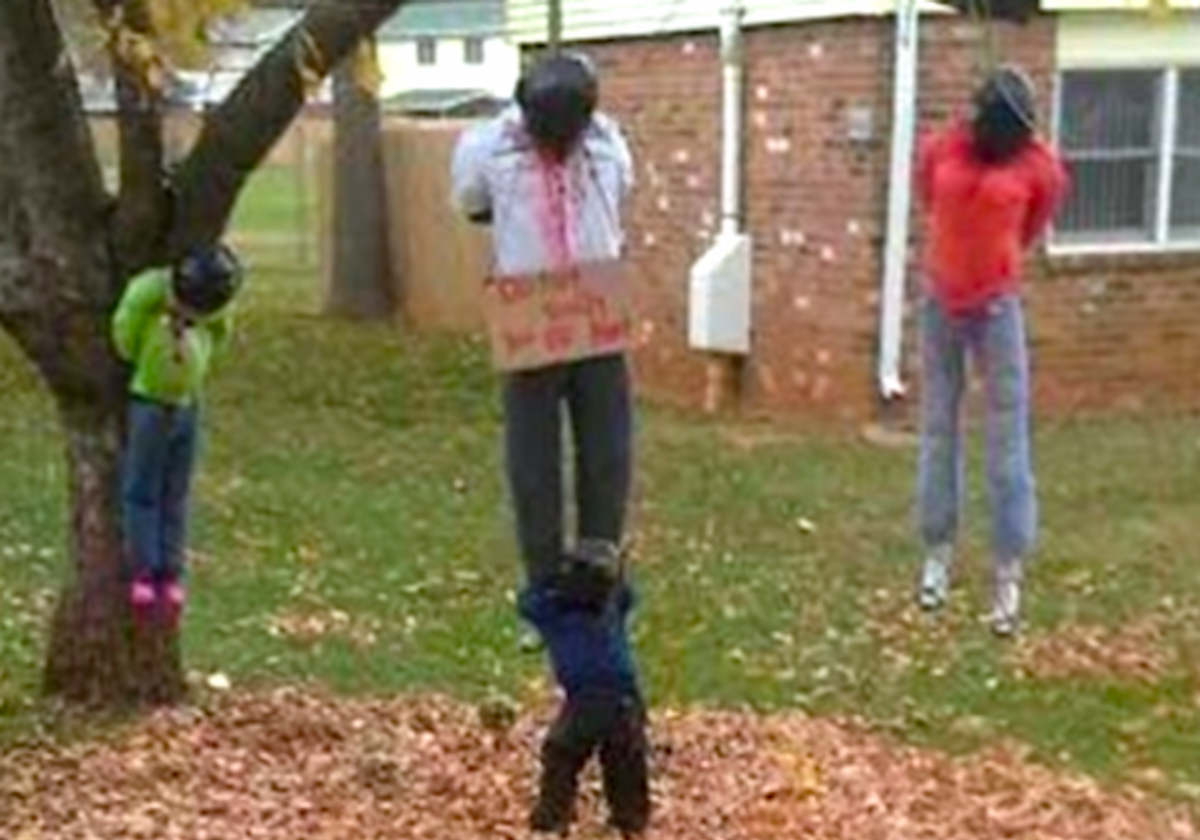 Military officials this week removed a jarring display portraying the lynching of an African-American family on the lawn of an on-base home at Fort Campbell, Kentucky.

The display, apparently part of the home's Halloween decorations, depicts two adults and one child hanging from a tree. A photo provided by ClarksvilleNow shows that one adult bore an illegible sign, while the child had a knife in its back. Another child appeared to try to help one of the adults.

Brendalyn Carpenter, a spokeswoman for the Army base, said authorities removed the display after being alerted to an "offensive" Halloween decoration.

“Displays of an offensive nature are not reflective of Army values and the family-friendly environment provided for employees and residents of the Fort Campbell community,” Carpenter said. She added that the resident of the home apologized for the display.

The display refocuses attention on racism within the U.S. military, a problem that the Defense Department has redoubled efforts to address in recent years. As Reuters reported in 2012, neo-Nazis, white supremacists and skinheads have urged supporters to enlist in the U.S. Army and Marine Corps, arguing that joining the military will instill the skills and know-how required for what they consider an imminent race war.